Missouri's High-Speed Train Could Take You From St. Louis To Kansas City In 30 Minutes 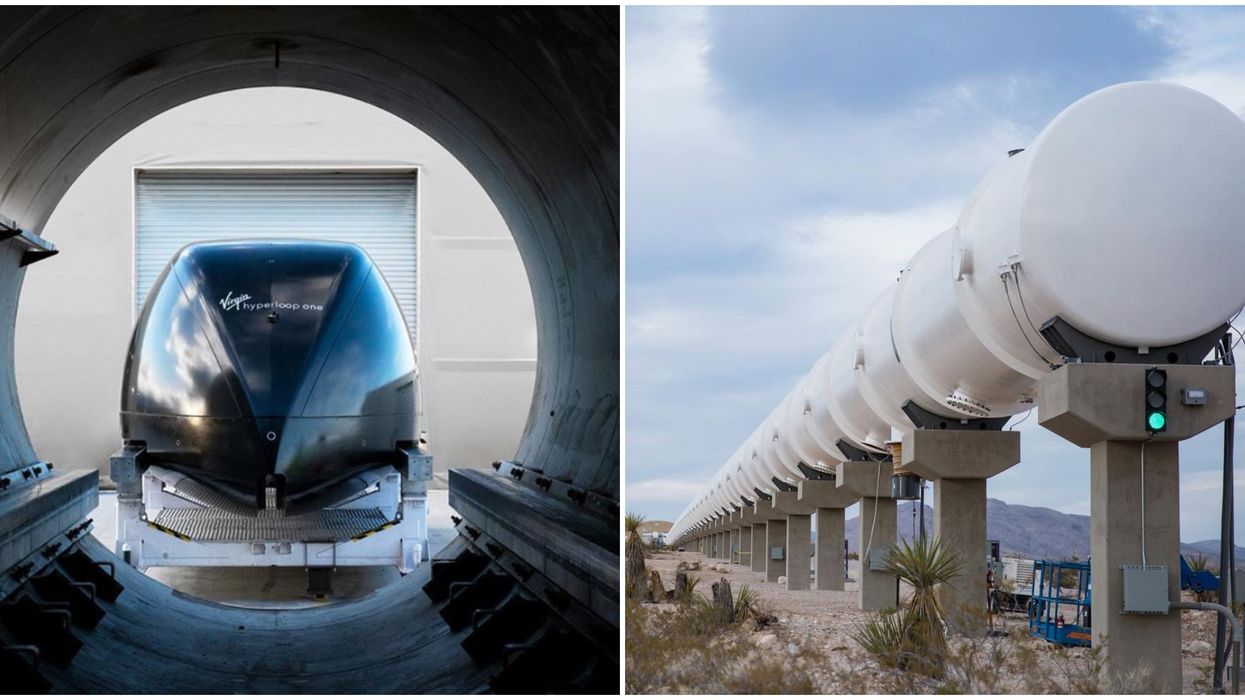 Now that we've entered 2020, talk of futuristic travel is more frequent than ever. For the Midwest, a high-speed train in Missouri is even closer to not only being talked about but becoming a reality for those traveling from St. Louis to Kansas City and vice versa. Due to the novel coronavirus, however, it may be some time before locals are able to see the high-speed train in action.

A proposed high-speed train in Missouri with plans to take you from St. Louis to Kansas City in under an hour has been shelved for the time being.

During a debate on Wednesday, the Senate sponsor of the plan put a halt on any further steps on getting the high-speed train up and running.

According to St. Louis Post-Dispatch, "The proposal would allow tube transport systems like the hyperloop to qualify for funding under a state program for public-private partnerships."

With Missouri still figuring out how to handle the many repercussions of COVID-19, this proposal is probably the last thing on some city official's minds.

Senate Minority Leader John Rizzo even questioned others at the debate on Wednesday by asking, "Is this the best way to spend our time?"

Before the hyperloop project can be completed, a test track must first be built to ensure everyone's safety.

The cost of that could be anywhere from $300 million and $500 million.

The tube transport system is a pretty penny, that's for sure. However, the benefits of such high-speed travel would be incredible.

Regulations for mud flaps on trucks, special license plates, and the naming of roads for slain law enforcement officers were also discussed during the debate on Wednesday.

While Missourians are surely eager to take hyper looping for a spin, it could be some time before they're able to.

For now, locals will have to wait and see what happens with the hyperloop project in the Show-Me State.

You Can Swim In 'Nature's Waterpark' At These Stunning Shut-Ins Near St. Louis

When you imagine going to a waterpark, you probably picture rides and concessions at every corner. What many don't know, is that nature has its own twist on a waterpark, and it lies in the heart of the Show-Me State. You can go swimming in Missouri at this gorgeous state park that will blow you away with its clear blue water, stunning nature, and of course, the shut-ins.

You Can Climb Elephant-Shaped Boulders At This State Park Near St. Louis

If you're seeking adventure, Missouri has endless locations where you'll find just that. No matter which incredible nature spot you end up at, the more there is to see, hike, and climb, the better. A state park near St. Louis has all of that and more, and while you might think the Show-Me state already had enough gorgeous scenic spots, you're in for a real treat when you see this place.

Elephant Rocks State Park in Belleview, Missouri is less than two hours from St. Louis and has elephant-shaped and sized boulders.

It's some people's nightmare to have to walk up a seemingly endless staircase, for other people, it sounds like an enchanting dream! Depending on the staircase, of course. There is a beautiful scenic hike in a Missouri state park that is rightfully dubbed the 1,000 steps trail, and it leads you way up over the hills. To get in your daily workout while being surrounded by stunning views, you need to head over to Washington State Park.

Washington State Park is a public natural area that spans about 2,147 acres in central-eastern Missouri. There are many features to the park that people from all over can enjoy.

You Can Kayak Through This Hidden Underground Cave Near St. Louis

This Dreamy Park Near St. Louis Has Stunning Waterfalls At Every Corner

This Incredible Waterfall-Filled Oasis Near St. Louis Is Millions Of Years Old