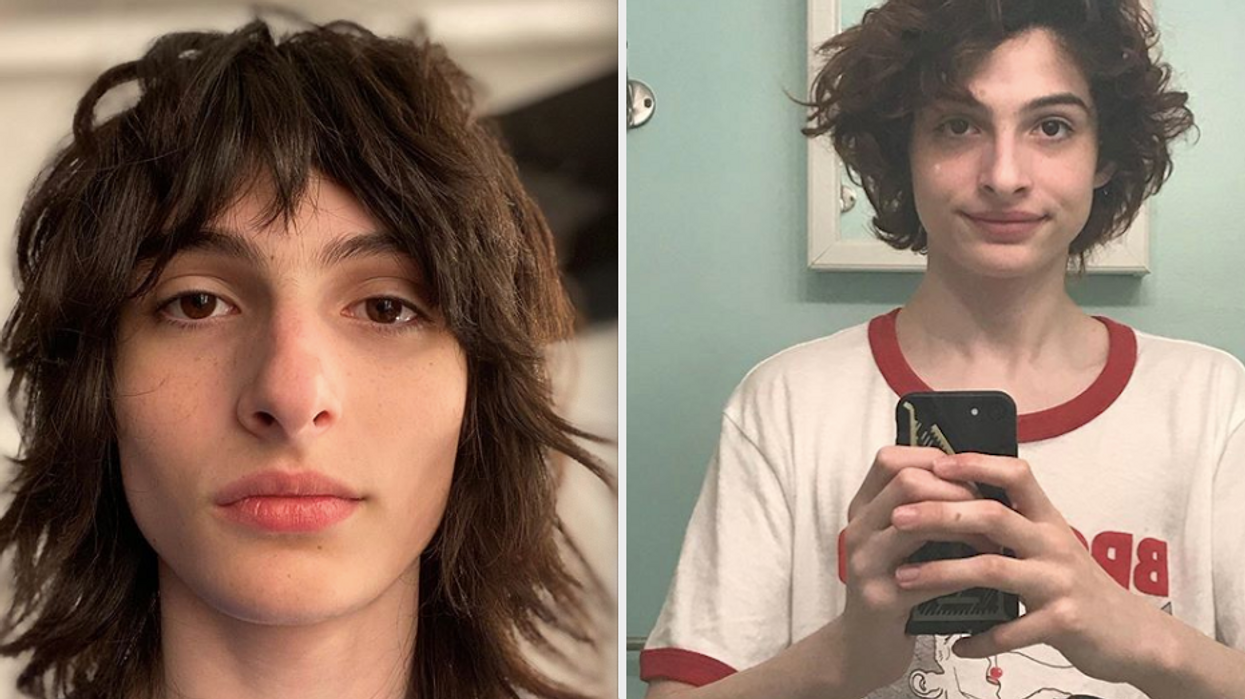 If there’s one thing that Stranger Things star, Finn Wolfhard, is known for, it’s his incredible curly hair which he often keeps grown out and flowy. He’s sported the hairdo in the show and has even posted photos of it straightened which was an interesting style choice too. But recently, Stranger Things Finn Wolfhard chopped his curls off and fans are giving mixed reviews.

The Vancouver born actor posted a photo on his Instagram a couple of days ago showing his new hair which now ends at about the bottom of his ears. He still has his natural curls but they no longer fall in ringlets.

Wolfhard acknowledged the fact that news outlets would inevitably blow up with news of his haircut. He captioned the photo, "BuzzFeed (The F is capitalized Yo!!) wrote an article about this. Ok".

His Ghostbusters 2020 costar, Mckenna Grace, commented "I finally have longer hair than you!", which is now true since she keeps her hair cut into a cute little bob.

Wolfhard obviously pulls off the new haircut really well, but his fans can’t decide whether they like it or not, and took to the comments to express their thoughts.

Those who are upset that his luscious curls are gone wrote comments like "NO UR HAIR" and "rest in peace finn's long hair".

Someone who was obviously heartbroken by the news commented, "I was having a good day till this happened."

But then others were pretty happy to see him sporting a cleaned up haircut compared to the photo he posted on Halloween featuring his hair down to his shoulders, and a stick-on mustache.

Another person was extremely happy about it and wrote "YES U FINALLY CUT IT". And someone else commented, "Finn is that a tear in your eye because of your short hair making a comeback".

The comments seem to be never-ending and it’s not clear whether we’ll reach a unanimous decision about Wolfhard’s short haircut. But in any case, whether you like it or not, it’ll grow back in no time and we’ll have this debate all over again.