Stranger Things is back with a clue to helps spoil the new season! 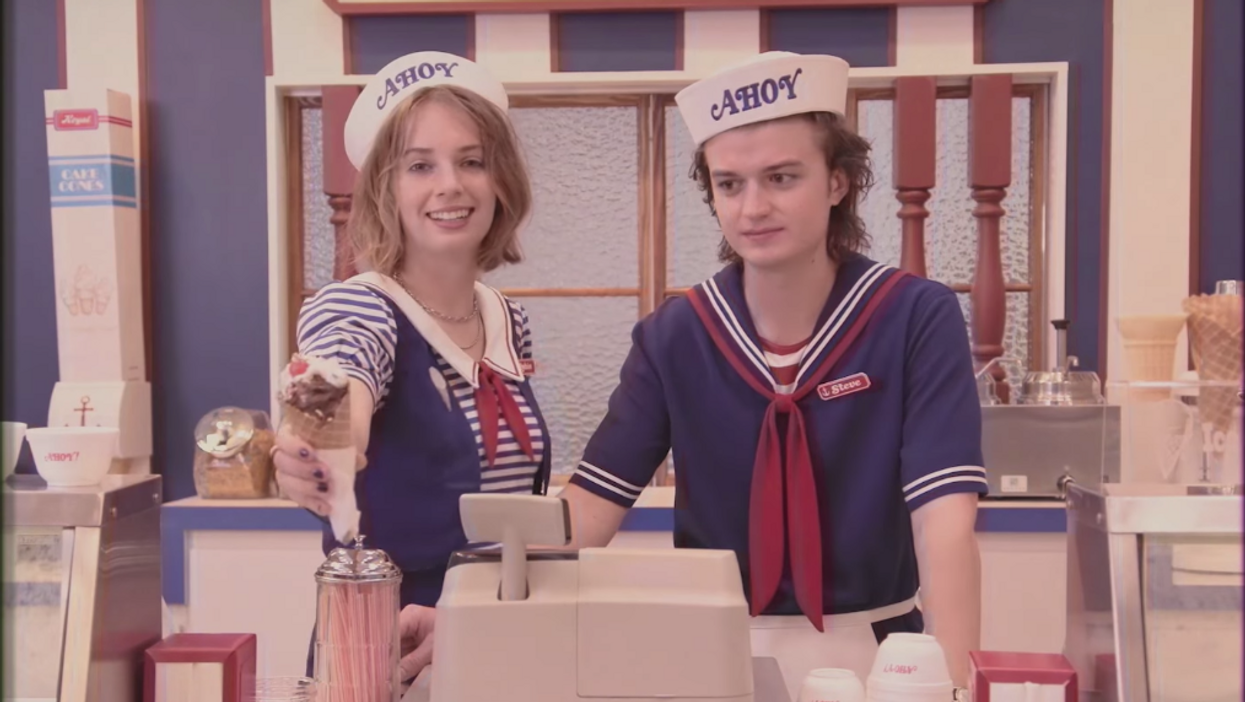 It seems like it’s been an eternity since Stranger Things season 2 was released and we’re all getting pretty antsy for season 3 to hurry up and appear on Netflix.

Unfortunately that hasn’t happened yet, but we do have the first teaser from the show today!

And people online are having a field day with it.

If you’re hoping for some kind of actual trailer showing some sort of basic plotline from the show you’re out of luck.

The teaser is designed to look like an 80s commercial for a new mall in Hawkins Indiana called ‘The Starcourt Mall.’

People are particularly fascinated by one of the stores in the mall, which features the character of Steve Harrington working at it.

It’s an ice cream shop called Scoops Ahoy and yes apparently Steve has a job there. And people are enjoying poking fun at it.

“Steve's working at Scoops Ahoy so he can support his children. We love a hard-working single mom!” reads the top comment on the teaser on Facebook.

“Steve got a job to support all the kids he accidentally adopted,” says another person.

“Steve is just a meme in the making each season, isn't he?” writes someone else.

Other people are concerned by the fact that the ‘commercial’ says the mall is coming to Hawkins “next summer”, leading them to speculate that season 3 won’t actually be out for another whole year.

You can see the trailer below.

We can all agree it would be horrible if we're stuck waiting for another year for the show because we’re already suffering from withdrawal without it at this point.