Subway Canada is releasing two new sandwiches which are contrasting "sweet vs heat". 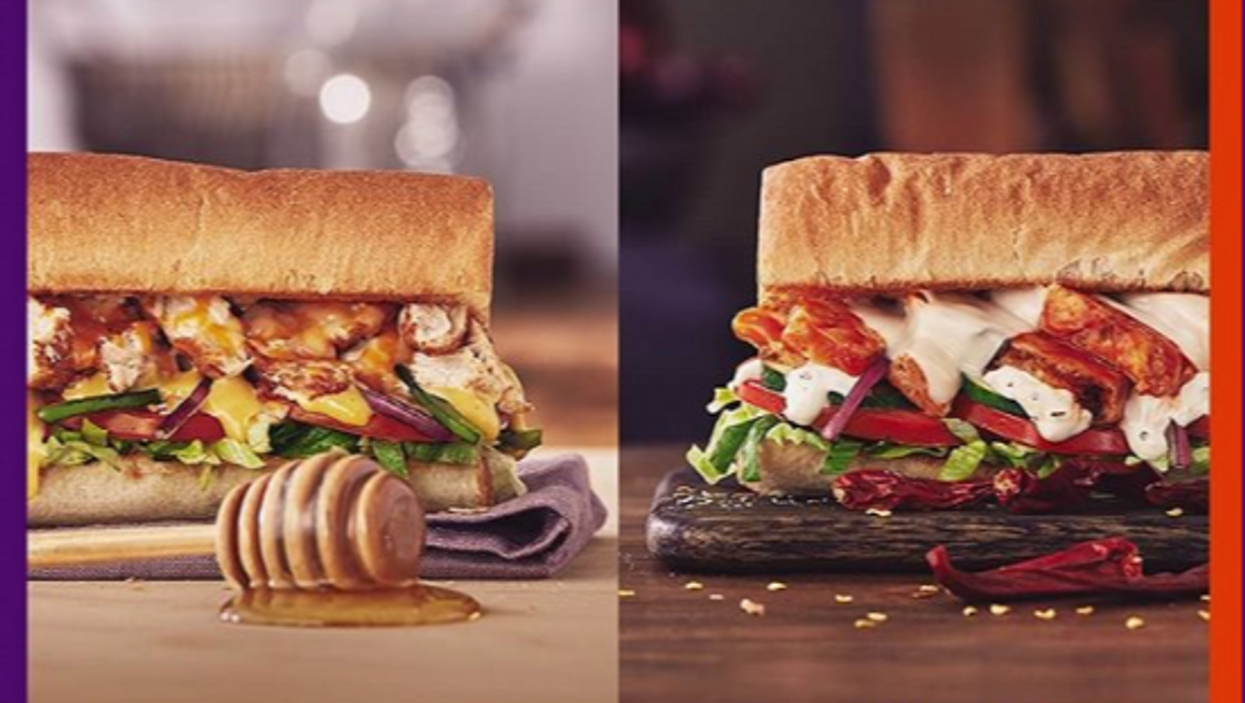 Both of these new Subway sandwiches are made specifically to contrast "sweet vs heat". On the Subway Canada website, they are asking customers to "choose their side" in this sweet vs heat debate, as both sandwiches feature a very different taste.

The first sandwich that has been released is called the "Spicy Buffalo Chicken" sandwich which features strips of chicken paired with Frank's RedHot Sauce. It also includes a layer of Spicy Buffalo and Ranch sauce to create that heat in the "sweet vs heat" side.

The second sandwich that Subway Canada is releasing is the Sweet & Smoky Chicken Sandwich which features rotisserie-style chicken with a smoky honey mustard sauce. This combination of flavours is meant to showcase the sweet side in the "sweet vs heat" debate.

According to Canadify's press release, both of these sandwiches are meant to "dazzle taste buds" with these contrasting "sweet vs heat" flavours that Subway Canada is attempting to showcase. Both sandwiches are only available for a limited time. You can find them at participating Subway Canada locations to see which flavour you prefer!