That's a win for the writers room! 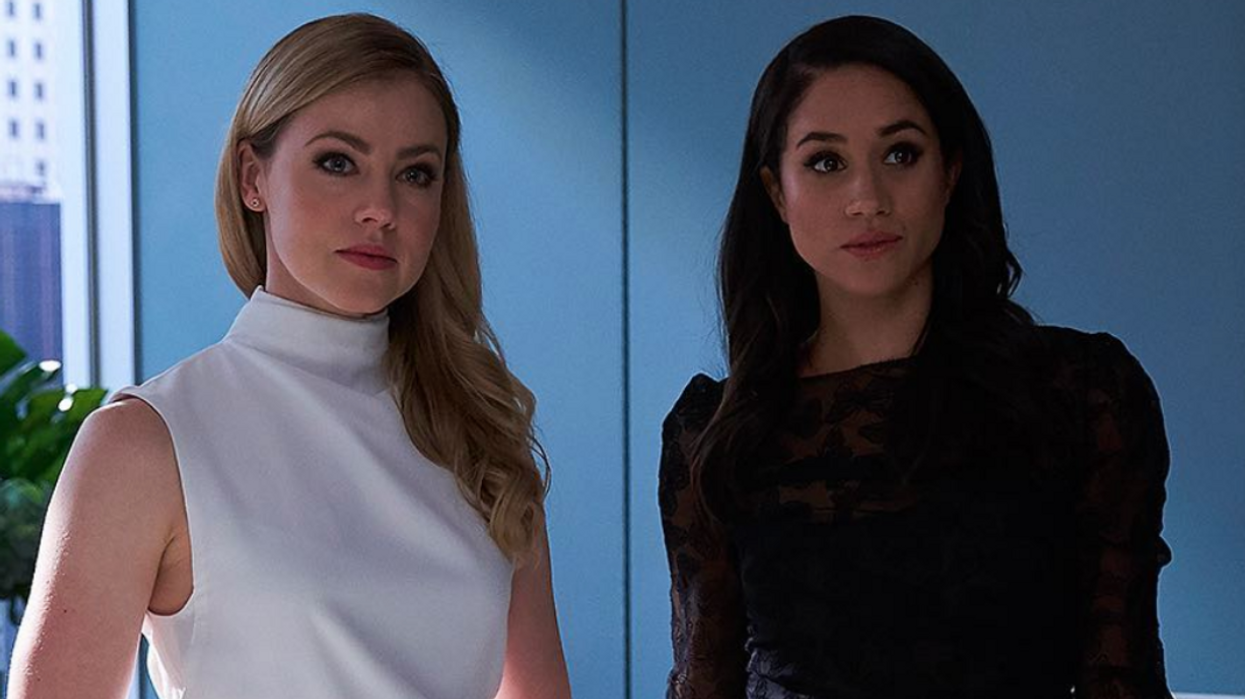 Just because Meghan Markle has moved on from Suits doesn't mean viewers aren't still wondering what her characters been up to after her big move to Seattle. Suits apparently listened to the pleas of fans because when her onscreen husband made his cameo in the newest episode we got an update...and a little something extra. Suits mentioned Meghan Markle's rise to royalty and we can't stop laughing.

Markle finished her seven year run on Suits with an on-screen wedding and in the newest episode, her husband (Patrick J. Adams) made his return.

When he was asked, "How's Rachel?"-Markle's character-her husband responded with, "Good. In fact, if I told you how good, you probably wouldn't believe me."

His cheeky comment was, of course, meant to be how well their new law firm in Seattle is fairing, but the subtext behind the line was crystal clear and we think it's genius.

In case you weren't convinced that his comment was supposed to call out Markle's new royal life, the Suits Twitter account later tweeted about the dialogue and captioned the episode gif, "Turns out Rachel is doing REALLY well. 😉#Suits"

The comment was all in good fun and a win for the writer's room. The Suits cast and crew has been extremely supportive of her new life path. A lot of Markle's fellow cast members even attended her Royal wedding!

Since Markle admitted to not having watched Suits since her departure, it'll be hard to get a reaction out of the Duchess about the shows writing decisions.

Even though she won't be able to enjoy the shows royal references doesn't mean we can't look forward to more subtext in the future!