You need to watch the trailer right meow. 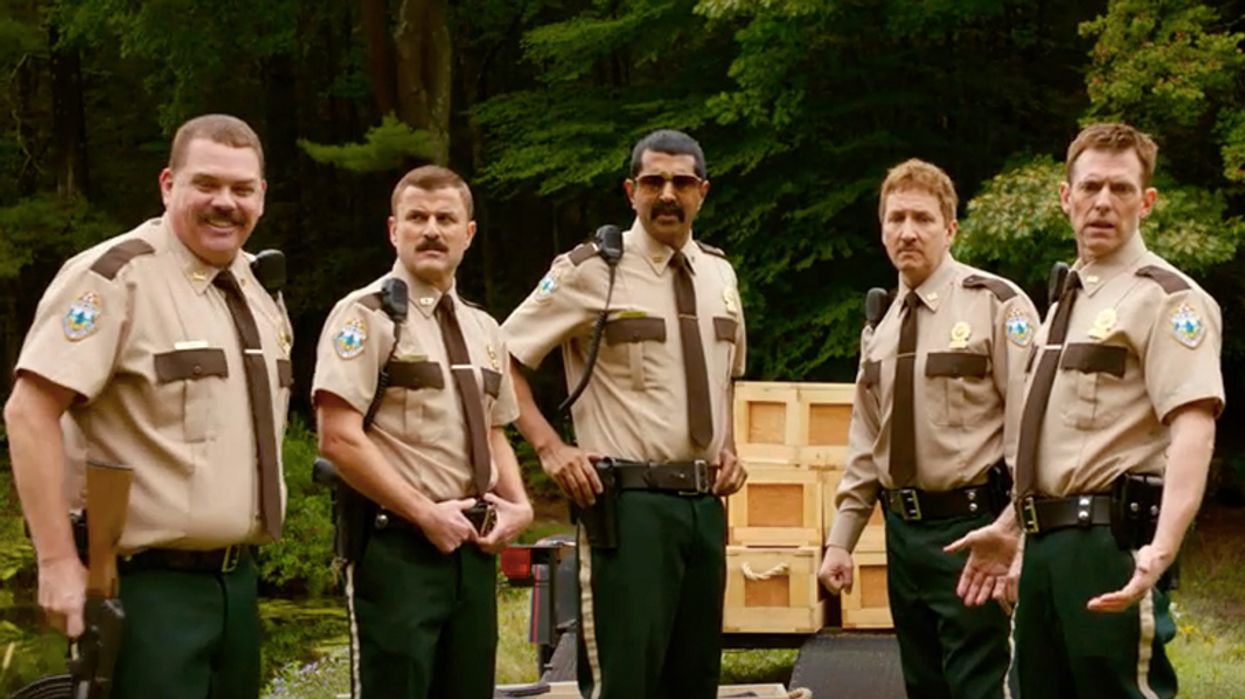 Better pour yourself a liter of cola, because Super Troopers 2 is finally here and it's all about Canada.

We've waited a long time for this, and the film's first new full-length trailer gives us a better look at the story to come, which seems to be centred on the Vermont state troopers' in Quebec.

The movie will feature a new spin on the original's police rivalry plot, with the super troopers facing off against a team of mounties after they discover that a small town in Canada is actually on American soil.

And if the trailer is anything to go by, there will be plenty of cola, shenanigans, meow's and, uh, Rob Lowe acting Canadian?

Here’s the official synopsis: “Everyone’s favorite law enforcement team is back by popular demand with the long anticipated follow up to the cult comedy classic… SUPER TROOPERS.

"When an international border dispute arises between the U.S. and Canada, the Super Troopers- Mac, Thorny, Foster, Rabbit and Farva, are called in to set up a new Highway Patrol station in the disputed area. Unconventional police work follows, and the result is…SUPER TROOPERS 2.”

Pumped? Us too. Super Troopers 2 comes out on April 20th, though we wish we could watch it right meow.