The Vancouver film scene got a hilarious treat! 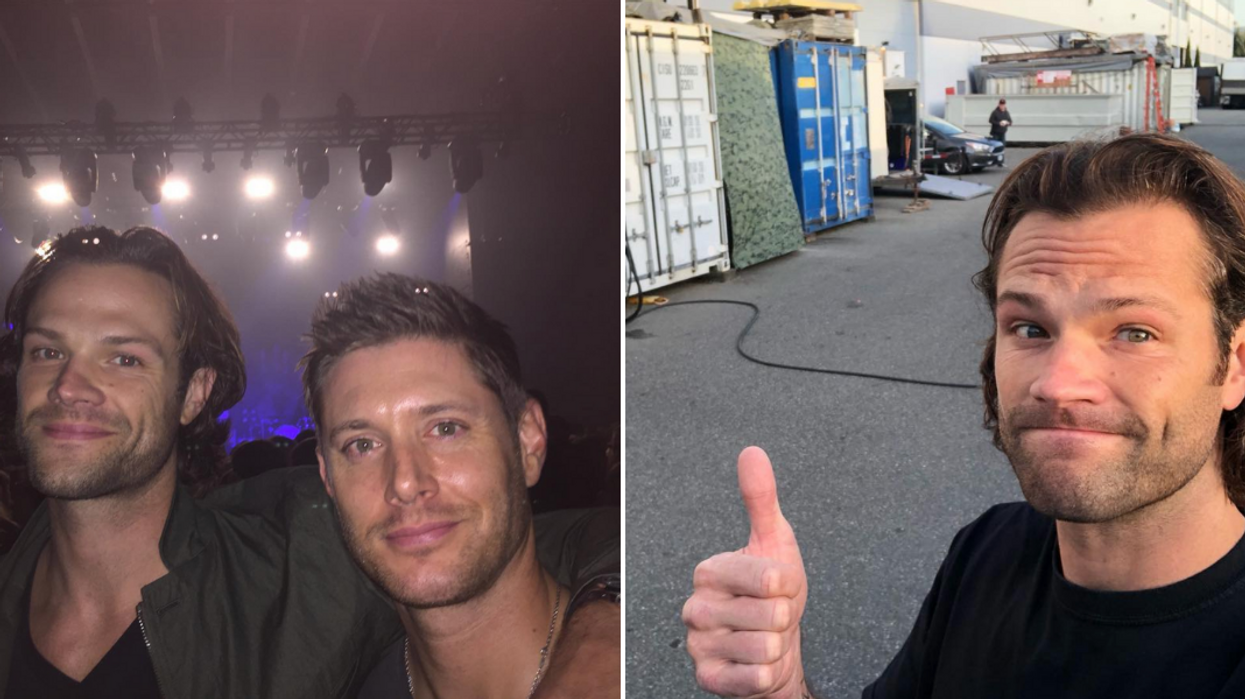 If you learn anything from following the cast and crew of a TV show for over fifteen years, it's that their support of each other is everything. If Supernatural's Jared Padalecki's arrest last week did anything, it was to prove that the bond the Supernatural cast has built over the years will never be broken. Jenson Ackles took Padalecki's downfall and used it to raise him back up!

If you hadn't heard, last week Jared Padalecki was charged with two counts of misdemeanor assault and imprisoned for public intoxication. He was involved in an altercation with the general manager of the lounge he was partying at in Austin, Texas. TMZ also revealed that he was also involved in a second fight with a bartender and a random partygoer on the sidewalk outside.

After it was reported that his arrest did not affect his return to Vancouver for the filming of Supernatural, both Padalecki and Ackles are finally speaking out about just what exactly went down.

It was revealed that Padalecki, unfortunately, would have to miss his scheduled fan convention in DC this past weekend, but other Supernatural cast members took it as an opportunity to explain what happened and make light of the situation.

Although Padalecki wasn't in attendance, Ackles was and made sure he addressed the elephant in the room right away. He started off by complimenting the audience on their enthusiasm, “There’s a lot of love. I’m going to tell Jared to stay home more often." He then went on to directly address Padalecki's absence, "I’m kidding, we all miss my big, dumb friend. And I’ll just say it now, he had a bad weekend last weekend. He’s dealing with what he’s gotta deal with so just send him support and some love and have a good weekend this weekend.”

Ackles then decided to turn the conversation lighter when he revealed what he did to Padalecki when he returned to set after his arrest. He even wanted to get the entire cast and crew involved, “But when he showed up on set on Wednesday, I brought him in in handcuffs, so we were having fun with it. The crew really wanted to wear orange jumpsuits, but we couldn’t get ‘em in time."

He ended off his introduction by assuring fans that his best friend was fine despite this past week, "Anyway, he’s doing fine. He sends his love, and you’re stuck with me today.”

Although Padalecki wasn't able to address his arrest at the convention himself he did send out a Tweet, "I want to sincerely thank my family and friends for all of your love and support. So sad to miss the #SPNFamily at #dccon but I hope to see y’all soon."

I want to sincerely thank my family and friends for all of your love and support. So sad to miss the #SPNFamily at… https://t.co/LeEjb8G1Rb
— Jared Padalecki (@Jared Padalecki)1572823356.0

There you have it, not only is Padalecki completely fine, his bond with onscreen brother Ackles is truly unbreakable.