Well this is a new look! 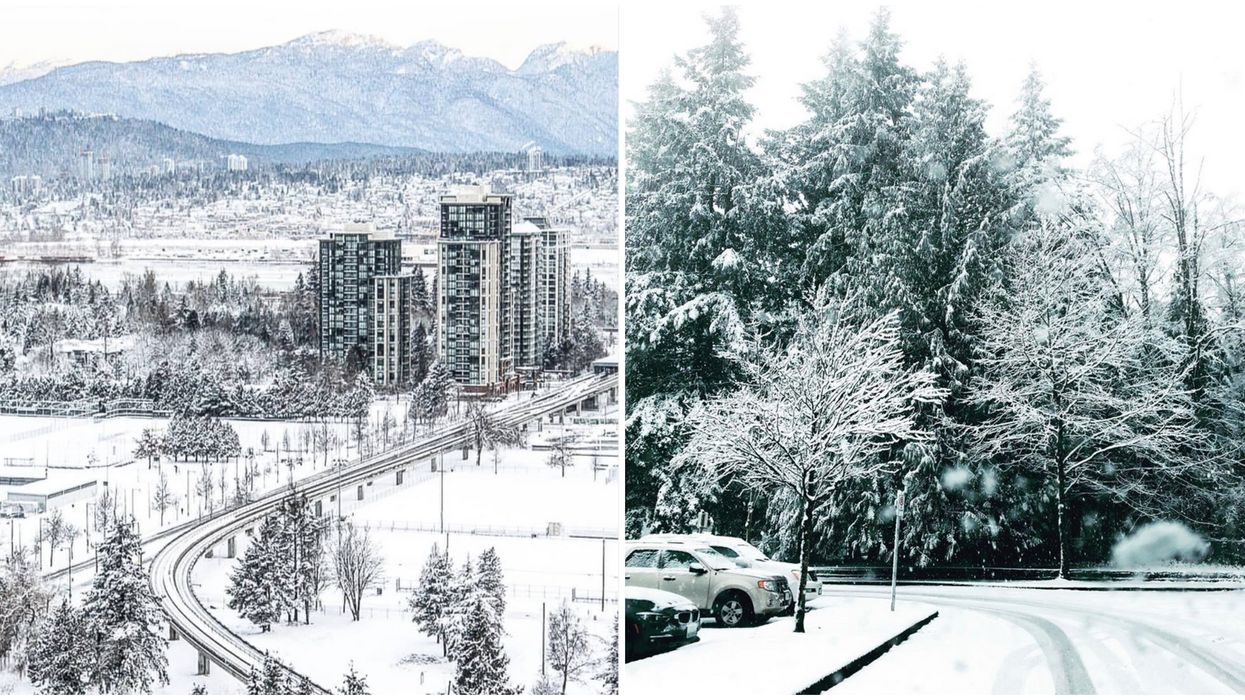 B.C. is in the middle of snowmageddon right now. Everywhere seems to be getting snowfall and Metro Vancouver is no exception. Even though this part of B.C. doesn’t usually get a lot of snow, Metro Vancouver residents including those in Burnaby and Surrey woke up to snow this morning. The wonderful part is that this Surrey snowstorm sure made for some gorgeous photos.

It looks like a winter wonderland in Metro Vancouver right now and even though your commute might be a headache, you should stop and take a look around.

On the morning of January 10, Metro Vancouver woke up to a wet and snowy winter day.

The panic was real right off the bat and many public transit systems called for delays or cancelled rides entirely.

The snow isn’t just sticking around for the day. Experts with The Wether Network have announced that snowfall warnings are in effect for Metro Vancouver and the Fraser Valley.

In the Metro Vancouver area, up to 10 centimetres of snow is expected to fall today with higher elevations getting up to 40 centimetres.

Surrey is no exception and right now it looks like a Christmas Hallmark movie. We've rounded up some beautiful photos that locals have shared online to help focus on the beauty and forget about the cold.

Surrey is giving us serious Frozen vibes right now. Though, this Instagram user does advise South Surrey drivers to be careful on the roads.

One Twitter user posted a video of the massive snowflakes, "11cm of snow now in surrey and currently heavy snow is still falling."

The snow is showing no signs of stopping anytime soon and if it continues to look this beautiful then we aren’t even mad about it.

Burnaby has an entirely new look as of this morning and it is everything.

It may be cold out there but now is the perfect time to get out and explore the city. "I love snow" wrote one Twitter user in Burnaby.

Vancouver never gets snow! This is a big day for Vancity.

In fact, Vancouver was supposed to have a mild winter but by the looks of it now, that was a serious winter fairytale.

Too bad all this snow came after Christmas.