Robert Downey Jr. Is Bringing An Ontario Author's Work To Life In A New Netflix Drama

The show already has a star-studded cast! 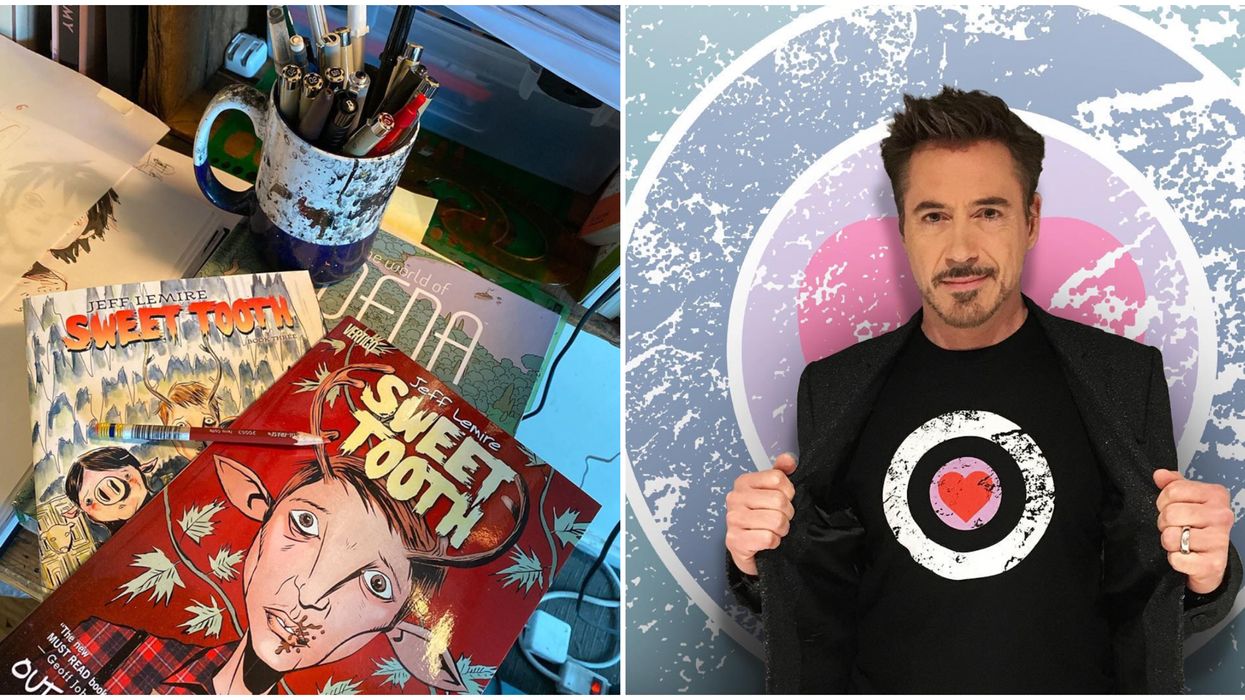 Canadians are getting some major love from Netflix! It was recently announced that Sweet Tooth, a comic book series by a beloved Canadian artist will be coming to life thanks to Robert Downey Jr. The series has yet to start filming, but a star-studded cast has already been announced.

Sweet Tooth comes from the mind of Ontario’s own Jeff Lemire and takes place in an apocalyptic world where animal-human hybrids live. The series stars Gus, a young boy who was born with deer-like antlers, as he attempts to survive in a world that was earlier devastated by a tragic pandemic.

There are forty books total in Lemire’s series, and according to Deadline, the upcoming live-action show will consist of eight one-hour long episodes.

Deadline also revealed some of the cast for the show, which includes Christian Convery (Beautiful Boy), Nonso Anozie (The Laundromat), Adeel Akhtar (Les Misérables) and Will Forte (The Last Man on Earth). It’s also been noted that Life in Pieces star James Brolin will narrate the series.

Sweet Tooth will be produced by Downey Jr. and his wife Susan’s company Team Downey and will be written by Jim Mickle and Beth Schwartz.

Deadline reports that the series was previously handed a pilot order by Hulu back in 2018, although nothing came of the project.

According to Polygon, Netflix has several other comic book-inspired shows and movies in the works from the mind of famed author Mark Millar. Titles include Jupiter’s Legacy, American Jesus, Empress, Hunt, and Sharkey the Bone Hunter.

Earlier this year, the streaming service found great success with yet another comic book series, Locke & Key. The show’s first season premiered back in February, and shortly after it was renewed for a second.

Further details about Sweet Tooth are still under wraps, but with such an incredible cast and some big-name producers, the series is sure to be a major hit.