And his name is John Cena! 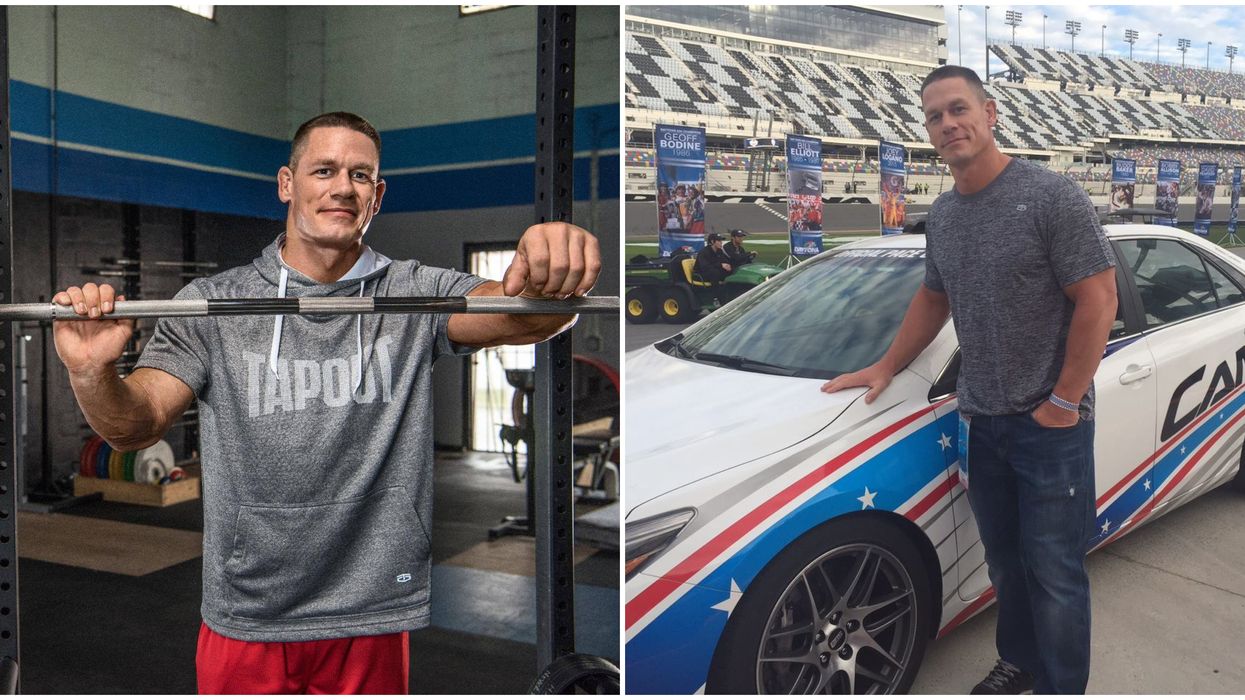 Whether you know him simply by name, as the WWE Champion, rapper, the New York Times best-selling author, the Make-A-Wish granter, or the "you can't see me" internet meme, John Cena is a favorite of many. While he hails from his hometown in West Newbury, Massachusetts, Cena is also a Florida resident and scheduled to duke it out at Wrestlemania 36 in Tampa this April. Whether you’ve been a long time fan or are just now joining his fan army, here are some facts you might not have known about his life and career in Florida.

1. The WWE wrestler currently lives in Land O’ Lakes, Florida, where he owns a mansion. Featuring pools with waterfalls, grand entrances, and more, you can actually watch a video tour of his home posted by WWE on Youtube back in August of 2013.

2. Cena has taken up horseback riding lessons at a local ranch, Ginger Hollow, to prepare for an upcoming movie role.

3. During the media tour for his 2019 film Playing With Fire, he made it a point to get involved locally and even made an appearance at a Pasco County fire station — hanging out with the crew and local kids.

4. He won his 10th World Championship in Tampa back in 2011 at the third Extreme Rules event held at the St. Pete Times Forum against The Awesome One and John Morrison.

5. He’s scheduled to battle Bray "The Fiend" Wyatt at Wrestlemania 36's Showcase of the Immortals in Tampa this April.

6. While Wrestlemania 36 is currently set to continue as scheduled, Wyatt challenged Cena to a ‘bar fight deathmatch’ at a local Tampa Hooters if it were to get delayed this spring.

How much did you know about Unexpected Cena? You can learn more unexpected facts and keep up with John's life by following his official Facebook page here.