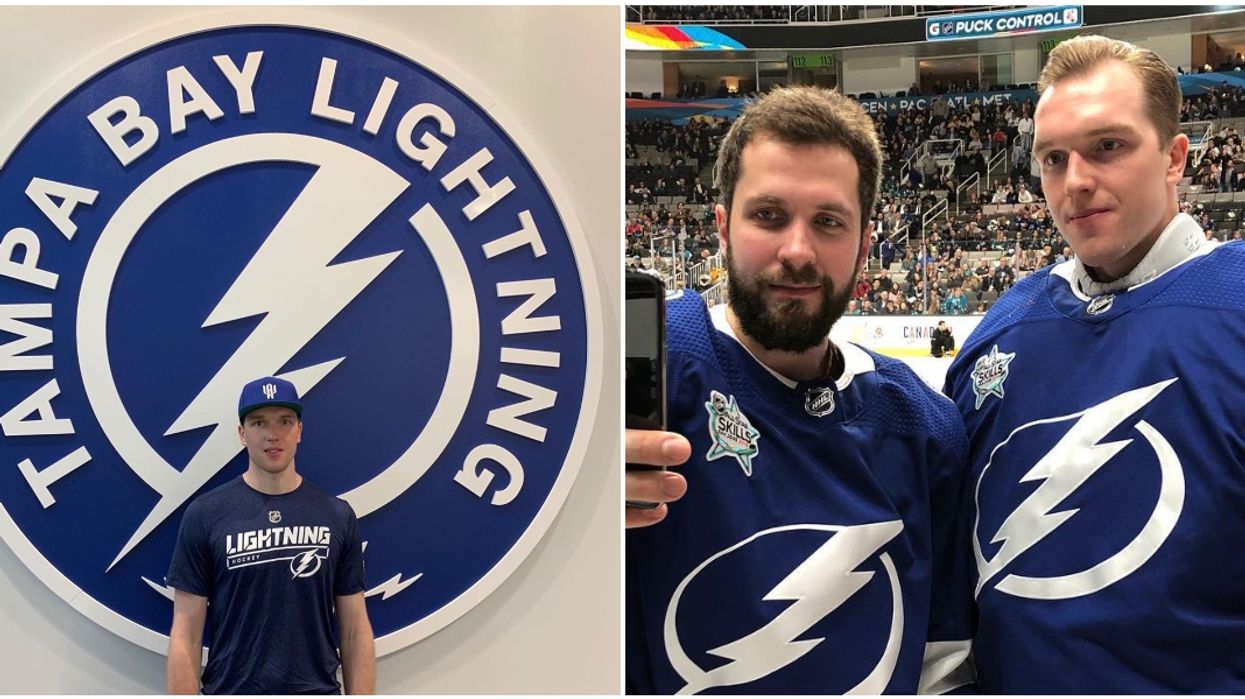 Andrei Vasilevskiy signs the dotted line and is set to be a Bolts player until 2028. The Russian goaltender joined the Lightning back in 2012 in the NHL Draft and has played in Tampa Bay for the entirety of his career. Last season, he became the first ever Bolts goaltender to win the Vezina Trophy.

The 2019/20 season has yet to have started and the 6-foot-4 wall that is Tampa Bay's goaltender is already making headlines. Monday morning, the Tampa Bay Lightning announced Vasilevskiy's extension, which will kick in effective for the 2020-2021 season.

Lightning general manager Julien BriseBois said in a statement, "since joining the organizations Andrei has shown unmatched work ethic and professionalism on and off the ice. We look forward to him continuing his career in Tampa Bay for the foreseeable future."

The 25-year-old's stats last season speak for themselves. Vasilevskiy led the NHL last season with 25 wins, a .925 save percentage, a 2.40 goal-against average and six shutouts.

The Bolts accompanied the big announcement with a video of the Big Cat himself sharing the good news with Tampa Bay fans on twitter.

While this may seem like great news on the outset, it is worth taking a closer look. The Bolts may have ended the season first in division but they did not perform when it mattered most.

After suffering a sweep in the hands of the Columbus Blue Jackets, Bolts fans still have a sour taste in their mouths. And news of this big-money move for 'The Big Cat' brought along mixed reviews.

Some fans had a delightful Monday morning, after waking up to the big announcement.

However, some fans had different opinions.

That deal for Vasilevskiy is already a massive albatross and we aren’t even into year one of it. Absolutely idiotic… https://t.co/wqmMIUb7cd
— Bolts Jolts (@Bolts Jolts)1564409098.0

Tampa certainly has an interesting affair on its hands. Whether Vasi's contract extension proves to be worthy, will only be known in the years to come.

The Bolts open their 2019-2020 season at home against next-door neighbors Florida Panthers on Thursday, October 3.