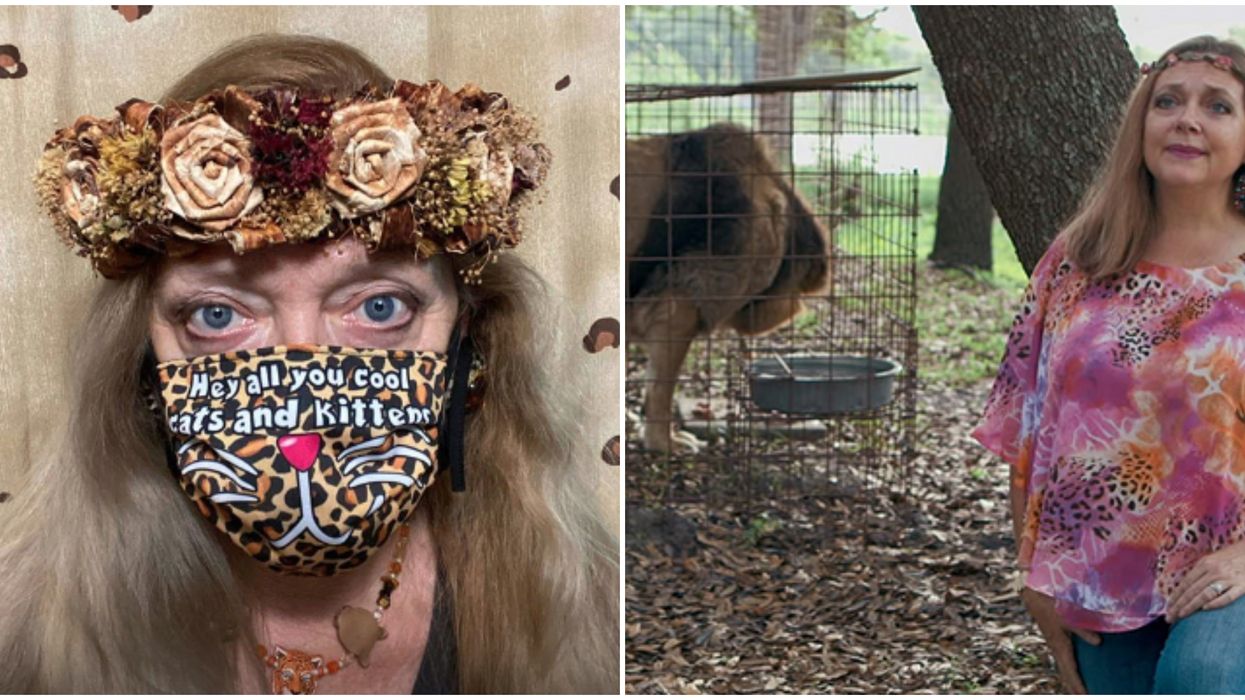 Wearing masks is a weird new part of daily life. Fortunately, one doesn't have to look like a surgeon to make their daily errand run while wearing a face mask. Carole Baskin has unveiled a line of some patterned coverings that will have you looking like a cat cool while you're out buying sardine oil.

The masks, which are sold through Tread 365, come in two patterns—one in leopard print and one in black—and both masks are of the dual-layered, tie variety that is increasingly being worn in public.

Each mask has Baskin's most oft-quoted saying, "Hey all you cool cats and kittens," with each selling for $11.

The idea behind the cool-looking cat masks was Baskin's brainchild, the founder of the Big Cat Rescue. That name might sound familiar if followed the story of Joe Exotic in the Netflix-hit, Tiger King: Murder, Mayhem, and Madness. Baskin and her preserve were prominent features in the documentary.

While many Floridians have known of the Big Cat Rescue sanctuary near Tampa, many around the country first learned of the preserve through the Netflix special.

The rescue is the largest big cat sanctuary in the country and is dedicated to taking care of abused and abandoned big cats.

The proceeds from the cat masks will go a long way toward helping the reserve carry out its mission. With masks now being the new norm, people are searching for coverings that will look fashionable while keeping them safe.