Florida sixth-grader was charged with a misdemeanor after refusing to recite Pledge of Allegiance. 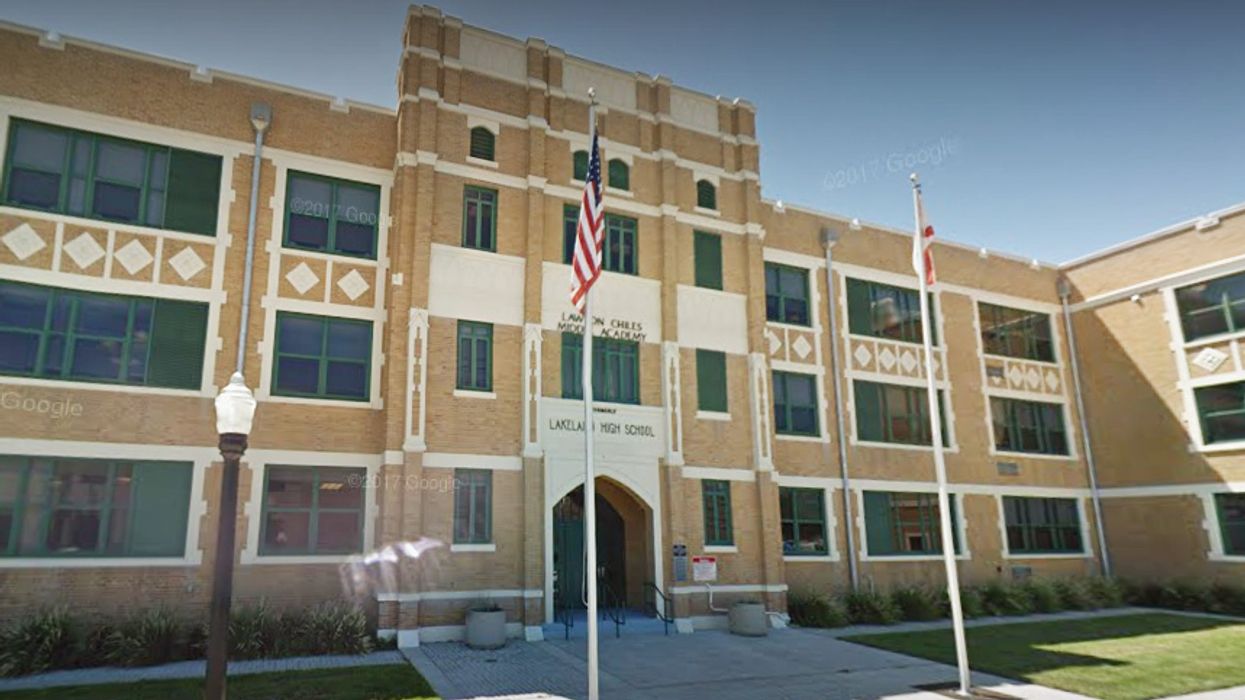 Kids who commit crimes can be arrested, but a student being disruptive in class? Apparently, that is also grounds for arrest since a Florida sixth-grader was charged with a misdemeanor after refusing to recite Pledge of Allegiance.

According to the information posted by The Washington Post, an African American sixth-grade student at Lawton Chiles Middle Academy in Lakeland, Fla., east of Tampa, told his teacher he believed the national anthem and the flag are "racist," so he refused to stand for the pledge.

The substitute teacher, Ana Alvarez, then got into a verbal altercation with the student. Alvarez, who stated she was of Cuban descent, asked the student why he doesn't just move if he hates the United States so much. This sparked an ongoing argument between the two and eventually, she called the district office to deal with the student.

The student was later charged with disruption of a school facility and resisting an officer without violence.

READ ALSO: People Are Not Happy The Florida Everglades Are Now Open For Oil Drilling

Since the story was shared less than a day ago, thousands of people have commented on their feelings about it, many of which are wondering if law enforcement and the school went too far:

This is obscene. Why arrest a 6th grader for exercising their rights under the 1st amendment.

Short of bringing a gun to school, at the very worst this would be a behavior issue and would be resolved with detention or a chat with the vice principal. This is batshit crazy

But this whole thing is ridiculous! A teacher calling the police to deal with a non-violent student who's arguing with them? And the police actually coming and arresting the kid...for what? Talking back?

The TEACHER was being disruptive. Had she just not said anything, it would have been over in the length of time it took for the POA to be said, & their day could have progressed as expected. There was NO need for this power struggle to have happened at all.

READ ALSO: Florida Officials Are Asking Tourists Not To Poop On These Islands

Of course, not everyone was against the decision of law enforcement:

Here’s an idea - don’t threaten a teacher with violence and cops probably don’t get called.

The 11-year-old was taken to a juvenile detention center and was suspended for three days after the incident.

It is not clear if the student's family will be seeking legal counsel.