You can see them right meow! 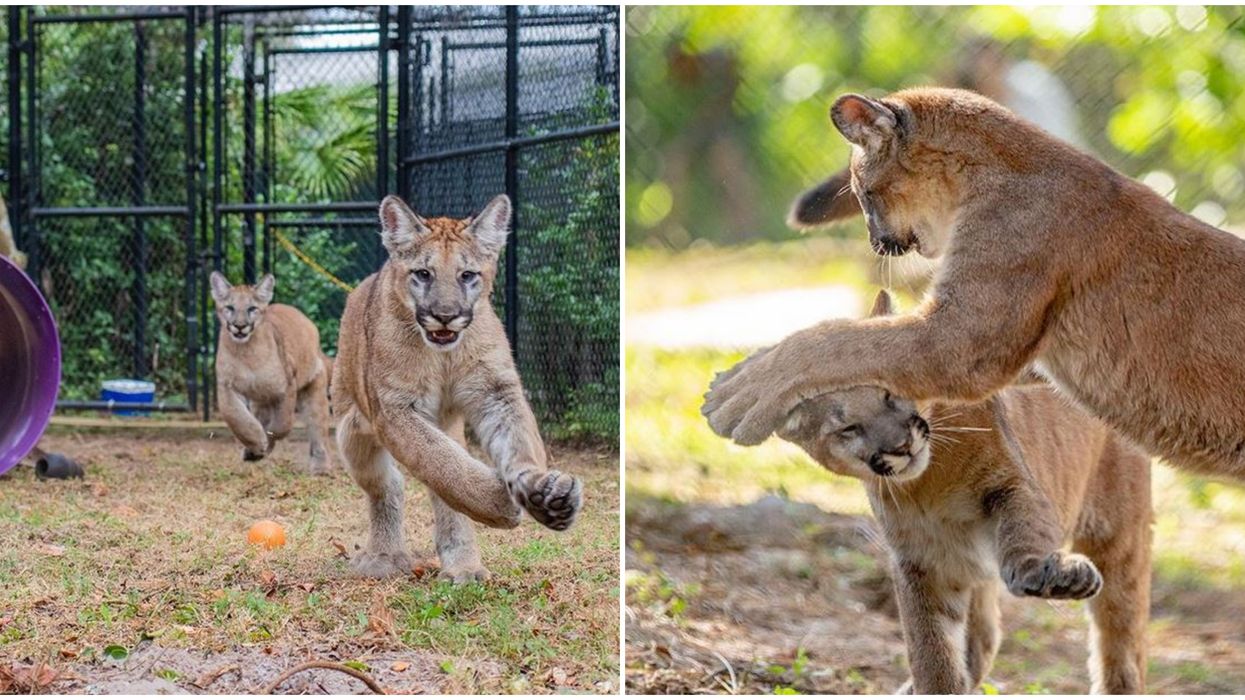 The internet is awash in cat videos, from the adorable, the hilarious, and even the educational. One thing for certain is that if there’s a cat video, the internet is probably going crazy over it. And now, you can watch adorable endangered Florida panther kittens playing around at the Tampa Zoo!

The cubs are two brothers named Cypress and Pepper who were rescued by the Florida Fish and Wildlife Conservation Commission. Unfortunately, their mother suffered from an unknown neurological disease that has been affecting wild populations of panthers and bobcats.

The kittens are almost six months old now and, having been raised by humans almost their entire lives, are unable to be released into the wild.

The two bouncing brothers can be seen playing in their temporary enclosure at ZooTampa daily from 11 a.m. to 2 p.m. for the next several weeks until a new permanent home is developed. The kittens are currently being cared for mostly behind the scenes, so you can check the boards at the entrance of the park for details on daily viewing times.

While these natural cats are rare, during the summertime in an unrelated incident, surveillance cams from the Florida Wildlife Federation caught footage of a mother panther and two cubs in the Okaloacoochee Slough State Forest.

ZooTampa is home to three other rescued panthers and is a leader in the conservation of Florida’s endangered wildlife.

They were trusted to care for the babies while the Florida Fish and Wildlife Conservation Commission continues to investigate the disease that has been impacting Florida’s big cats.

While the kittens are viewable in their yard, you can watch the animal care team build trust-based relations with them through choice-based training that the kittens voluntarily participate in to enrich their physical and mental stimulation.

The Florida panther is Florida’s official state animal and has been on the endangered species list since 1967. At one point, it was thought that only about 30 individuals were left in the wild, but today, there is thankfully up to about 120 and 230 adults and sub-adults in the wild.

Florida Wildlife Federation continually works to establish animal crossings to promote habitat connectivity and ensure that the panthers continue to have sufficient habitat.

For more Florida wildlife news, check out these six great white sharks swimming around Florida, and this island of wild monkeys.