The musicians got real about who they think will win at the AMA's and he is Canadian. 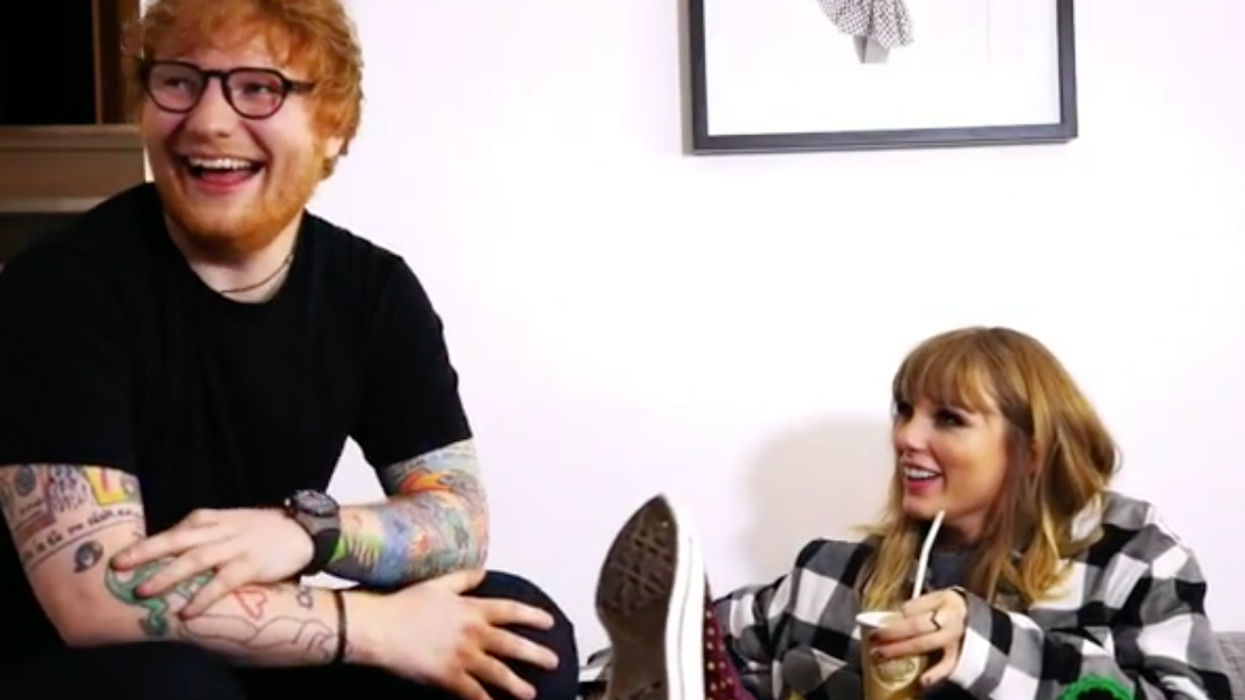 Working in the music industry is exceptionally tough, from recording to touring and pleasing your fans along the way, it can be tricky to keep a level head. That is why friends and mega superstars, Ed Sheeran and Taylor Swift, are so inspiring because they cheer each other on no matter what.

READ ALSO: Everyone Is Freaking Out Because Taylor Swift Fired Her Backup Dancer Over His Instagram Story

Today, the pair were hiking together while the American Music Award nominations dropped and found out they were both nominated for artist of the year. Of course, there was only one person in the category that Canada cares about, and that's our fellow Canadian, Drake.

Swift shared the video of her and Sheeran hiking while discussing the nominations. The video was only posted an hour ago and already has over a million views on Instagram!

After Ed asks the Reputation singer who she thinks will win, they both (of course) say that the other will win. Again, just more proof that these friends are constantly supporting eachother.

After a smiling for the compliment, they both decide together that realistically "Drake will win." Swift even captioned their hiking video with "Safe to say whoever wins the AMA for fav pop/rock album will be an artist who writes songs about love and heartbreak."

While Drake has been having a hard time feeling love at home so it's nice to see that his fellow industry members are recognizing his talents.

The Canadian artist has been under fire in Toronto recently after he bailed on multiple events in the city. First, the "Aubrey And The Three Migos" tour date in Toronto was cancelled for August 20, due to "circumstances beyond their control." Fans were quick to give the singer a piece of their mind on Twitter, calling him disloyal to his hometown.

Fans were quick to forgive Drake for cancelling his tour because he visited an 11yeard old fan in Chicago awaiting a heart transplant, but he quickly made them mad again. The Toronto born musician cancelled again, on the same day of his appearance at one of the city's biggest events.

He was supposed to be on the red carpet and introduce "Monsters and Men" at the opening night of the Toronto International Film Festival. Yet, due to his commitments on tour, Drake had to cancel, even though he knew that the premiere and his Boston show would fall on the same night. Canadian's have since decided that Ryan Gosling is a better representation of Canadian values than the so-called "Six God."

But Drake's beef with his hometown is nothing compared to the love he feels from his fellow artists. Not only did he cancel his TIFF appearance for his Boston show, he also shut down his beef with Meek Mill by bringing him on stage the same night.

It's also not the first time Swift has given the Toronto born musician a shout out. In 2016 she starred in a hilarious Apple Music and Beats by Dr Dre campaign where she rapped Drake and Future's song "Jumpman on the treadmill. Drake even worked on the same campaign and sang the popstars "Bad Blood" in another commercial!

It's nice to see that even though artists are competing for awards, they're still taking the time to recognize the talent in the industry. Canadian's may be upset with Drake, but his peers are at least on his side.

We can't wait to see who actually wins Artist of the Year for 2018 after so much incredible music was released this year. Watch the American Music Awards on October 9 at 8:00 PM to see for yourself!