Tessa And Scott Were Seen Hanging Out With Drake Last Night

Could they be collaborating in the the future? 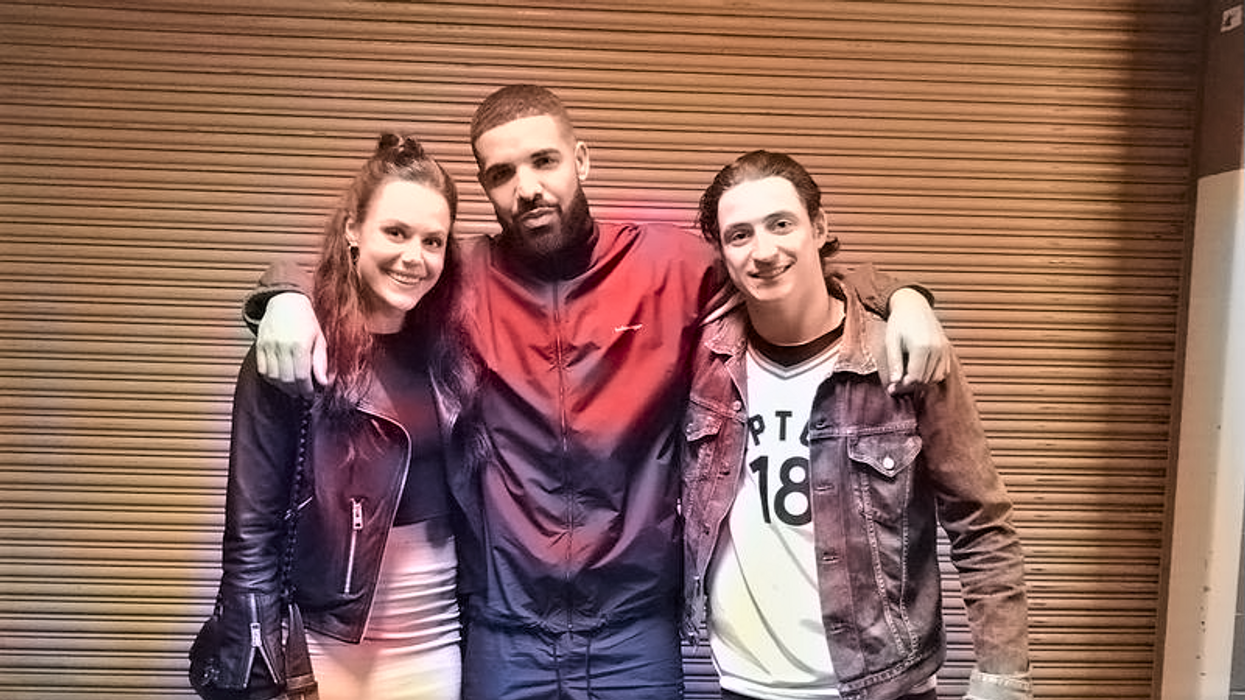 If you're a big Tessa and Scott fan than you already know that the couple was making their way to Toronto this week for their Stars On Ice performance at the ACC. Skating with their other Olympic peers, they'll be taking the ice at 7:30 P.M. today then moving on to Hamilton for their show tomorrow at the FirstOntario Centre.

However with one night free to enjoy their time in the 6ix, the pair didn't let it go to waste. Tessa and Scott actually popped up at the ACC for the Raptors playoff game with the Cleveland Cavaliers last night. They were even brought up on the court to say a hello to all their Toronto fans and supporters.

And with it being a home game and a playoff game, of course our guy Drake was sitting court side and allegedly talking smack again at the game. However he wasn't too busy or too distracted to meetup with Tessa and Scott and take a few photos with the Olympic athletes.

While we aren't too sure what they were talking about, or what happened after the photo opps, we do hope they've planned some sort of epic collaboration where rap meets ice dance.

Who wouldn't want to see a God's Plan or Nice For What choreographed number from Tessa and Scott with Drake singing live? Just me? Okay. Despite the less than amazing results from the game (the Raptors lost the game by a single point, 113-112), we hope everyone had fun last night.