This comes after their retirement. 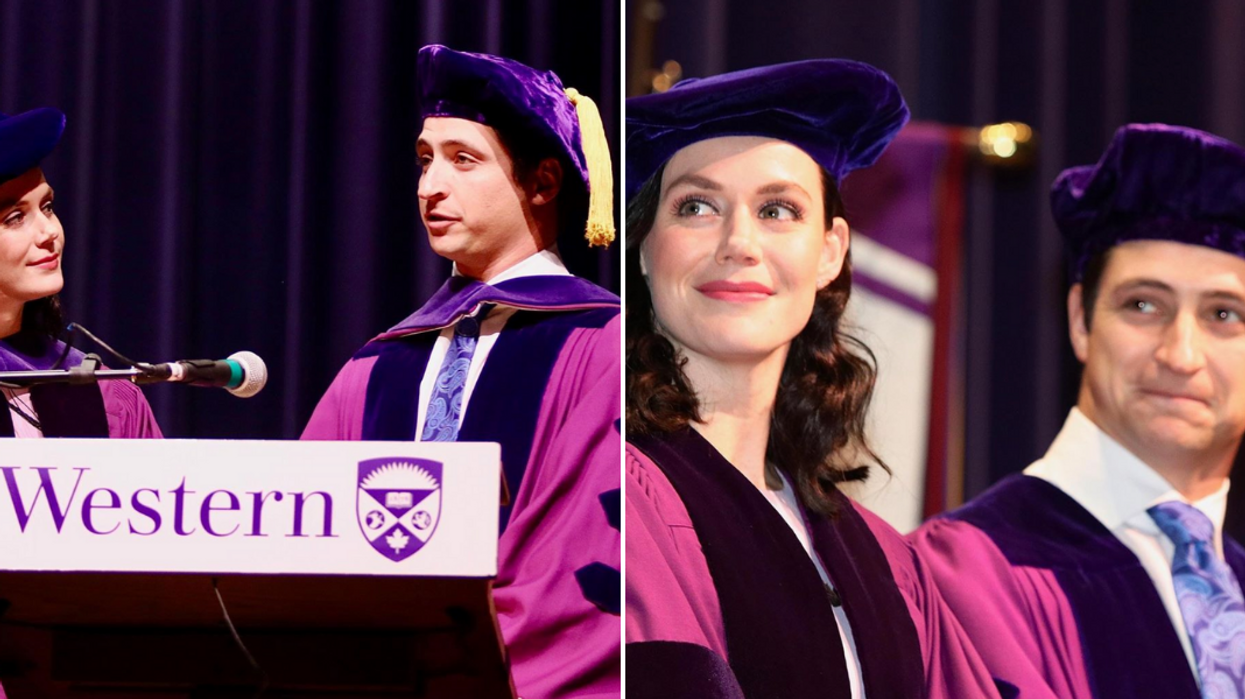 It was announced last month, around the time of their retirement reveal, that the two Canadian athletes would be recognized as honorary Doctors of Law at Western University.

Virtue called this the "highest honour" of their career and even discussed how this opportunity is so close to home, "It’s something that we wouldn’t have even known to dream of or aim for. What a recognition. It’s an absolute privilege to be here, in my home town, at the University of Western Ontario where my mom worked… it’s just incredible."

Moir, on the other hand, said he was "humbled and thrilled" by the honour.

Their speech to Western University's 314th graduating class was nothing short of amazing. Western even posted a part of it on their Instagram account:

“We literally practiced falling – and subsequently learned to get back up and refocused in record time. Something I think our generation struggles with, in this time and climate of ‘everyone being a winner’. The truth is, failure is a way to gather data. And what might feel like failure in the moment will often not be regarded as such upon reflection later. A loss or a disappointment offers a chance to pause and pivot before reassessing the status quo and forging ahead with newfound perspective.”

Can Virtue and Moir speak at every graduation?

Afterwards, they took the time to speak to reporters and discuss how much they actually sympathize with the graduating students, “We share a lot of similarities with the students who are kind of ending this chapter of their life and going into the real world. We kind of feel like that as well."

The pair are in the middle of ending their 22-year career with a farewell tour all across Canada, Rock The Rink Tour. When asked what was next for each of them, like many recent graduates they weren't exactly sure, “We’re certainly people who look ahead and plan and set goals and strive for new challenges, and that will be no different in life beyond skating."

Although their time on the ice together may be coming to close, it doesn't look like Tessa Virtue and Scott Moir will be leaving the spotlight anytime soon.

You can get tickets to their Rock The Rink tour here.