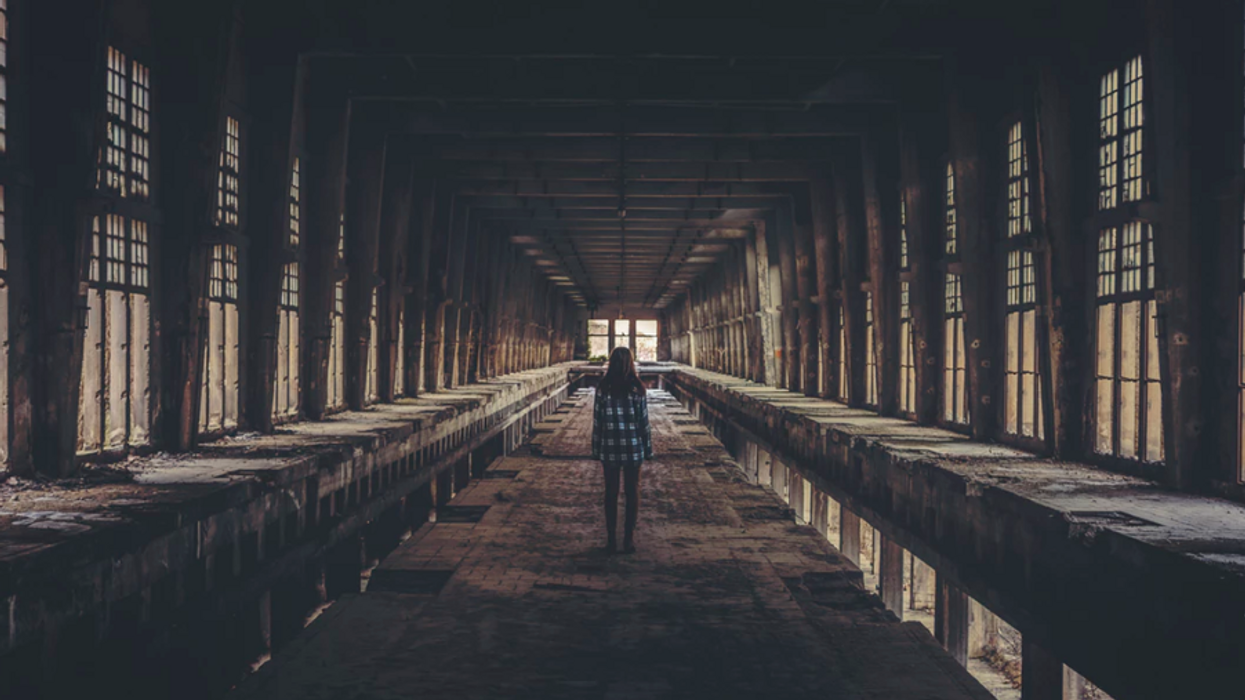 With hundreds of years of history in Canada, there a lot of people who have been murdered, suffered tragic accidents, or otherwise died in this country. Statistically speaking, there are bound to be a few ghosts kicking around.

In every province across the country, there are countless terrifying stories of haunted hotels, restaurants, forests, and hospitals. If you're brave enough to face whatever spirits are trapped on earth, these are the most haunted places for you to visit across Canada.

The Fairmont in Vancouver has been around since 1939, meaning this historic building has its share of stories. Allegedly the hotel is home to a ghost called the Lady in Red. She has been seen by staff and hotel guests on the 14th floor and sometimes the elevators in the hotel even stop on that floor all on their own.

If you're visiting the Fairmont make sure to try the cocktail named after the Lady in Red in the hotel bar. This bed and breakfast in Edmonton is the site of one of the most gruesome ghost stories in Canada. Legend has it that long ago, a former employee was brutally murdered, dragged down the stairs, cut up and burned in the furnace, which is still used at La Boheme today.

People here have reported hearing the sounds of a head being whacked on the stairs at night time. As the oldest house in Saskatoon, the Marr Residence was built by Alexander Marr in 1884. While it is now a museum, the house has been home to many families and also once served as a hospital.

Many ghosts have been reported there including an angry man who torments women specifically. Additionally, child-like ghosts, and other disembodied voices have been seen throughout the residence. The site that is now a Manitoba museum was once home to a nunnery, which gives excellent backstory to all the alleged supernatural sightings people have seen there. The museum even has offered after dark ghost tours for those brave enough to encounter the ghosts seen and heard in the halls. If you really want to try your luck, make sure you go see The Nun before visiting. Also known as the Blue Ghost Tunnel, this tunnel in Southern Ontario has been the site of many deaths. Now people who visit have reported feeling like they are being pulled into the tunnel, hearing children's cries and yells echoing through the tunnel, and most mysteriously, seeing an inexplicable blue mist coming from the tunnel at night. According to ghost stories, in the early 1800s, the cathedral was built over top of the body of a dead woman in Quebec. Now that woman's ghost is haunting the church. One of the most terrifying reports is from people who have visited the church and reported hearing the organ playing by itself.

In 1924, the stage at New Brunswick's Capitol Theatre collapsed, killing a man named Alexander Lindsey. Now, his ghost is said to haunt the theatre where he has been seen in one of the seats and has been blamed for a mysterious cool breeze. The theatre is also home to the ghost of a little girl who reportedtly died falling down the stairs.

As one of Nova Scotia's older universities, St FX is home to a couple of spirits, most notably the ghost of a nun who haunts the Glamora Hall residence. The nun who once worked at the school was said to have fallen in love with one of the priests.

Her religious beliefs made her feel so guilty that she threw herself off a balcony. Her ghost has been seen on multiple occassions in the residence hallways. This haunting is so popular that it draws people from all over the place to PEI. The ghost hunters are all eager to catch a glimpse of Ann Beaton's ghost. The single mother was mysteriously killed here with a garden hoe in 1859. No one knows who did it or what happened to her child, but her ghost has been seen wandering around the area. Hospitals seem to be among the most haunted places, which makes sense given all the people who met tragic fates there. In Newfoundland, this nursing residence, which housed 100 students but was eventually demolished.

Despite being torn down, many people have reported seeing strange lights, hearing weird noises, and even seeing and encountering full ghosts at the site.

So if you don't like sleeping soundly at night time make sure to marathon some horror movies and then venture out, ideally at night time, to these super haunted places and try to see if you can bring these chilling ghosts out of the woodwork for yourself... if you dare!