Back again with your daily AB news. 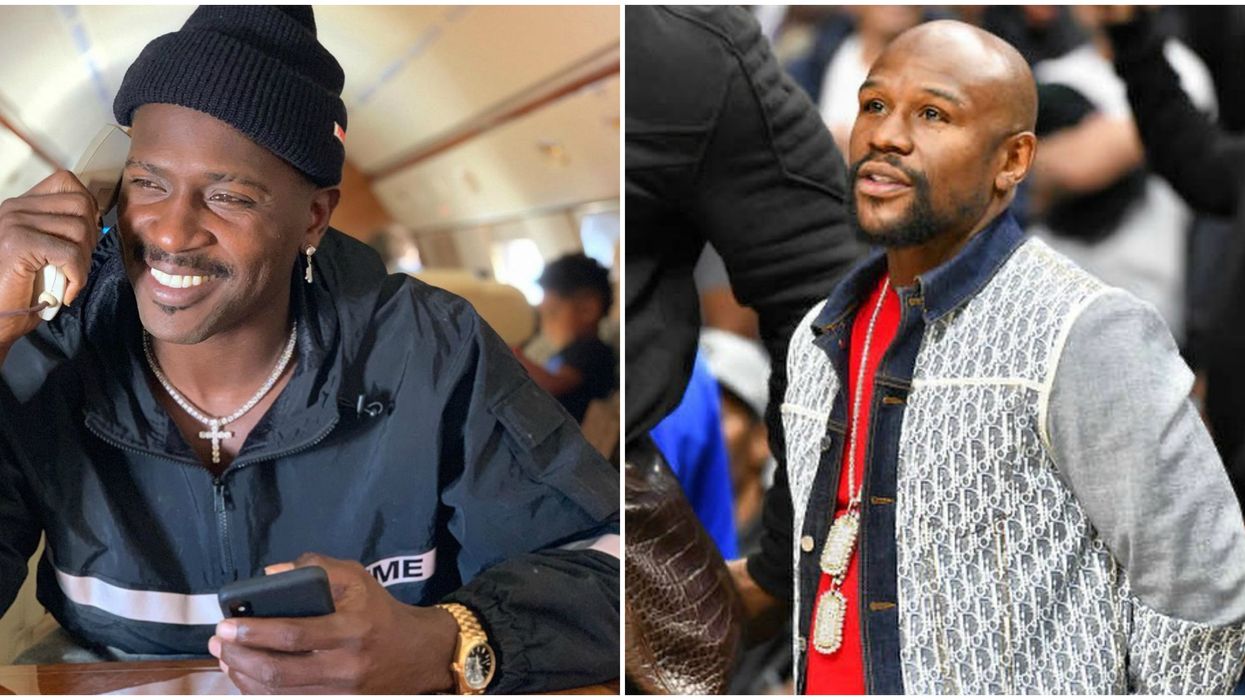 It seems like every day there's more drama surrounding Antonio Brown. On today's edition of AB news, Brown and YouTuber Logan Paul got into some serious beef on Twitter, which ended in a planned fighting match. Brown now claims that Floyd Mayweather is training him for this Antonio Brown Logan Paul battle.

AB took a screenshot of the conversation on Twitter between him and Logan, then AB posted it on his IG and wrote a pretty hilarious caption.

According to Brown, he claims that world-champion boxer Mayweather is actually his trainer and that he'll be training him for the match with Paul.

He even urged users to 'comment below' if they plan on going to the fight.

But this fight idea with AB didn't just come from anywhere; it actually originated when Logan Paul said in a recent interview, "Antonio Brown, I wanna f*** you up."

This comment was made during a podcast interview with KFC Radio back in December.

Who knows if Paul and Brown would actually square up for a fight, but according to Brown's Instagram post likes, there are millions of people who would love to see it happen.

Although Paul is now involved in professional boxing, AB claims he also has a trainer who knows a thing or two about getting in the ring.

That's a pretty bold statement made by Paul, but AB doesn't seem to fazed.

Could this fight really happen?

But for now, there is some serious beef between the two.

Just after this brief discussion went down last night, Twitter was buzzing with funny memes and comical opinions.

As fans and haters from all over were jumping on to give their comments, Logan's brother Jake even jumped on and had a good laugh.

We'll all be waiting patiently to see if this fight really goes down.