We're only kind of jealous. 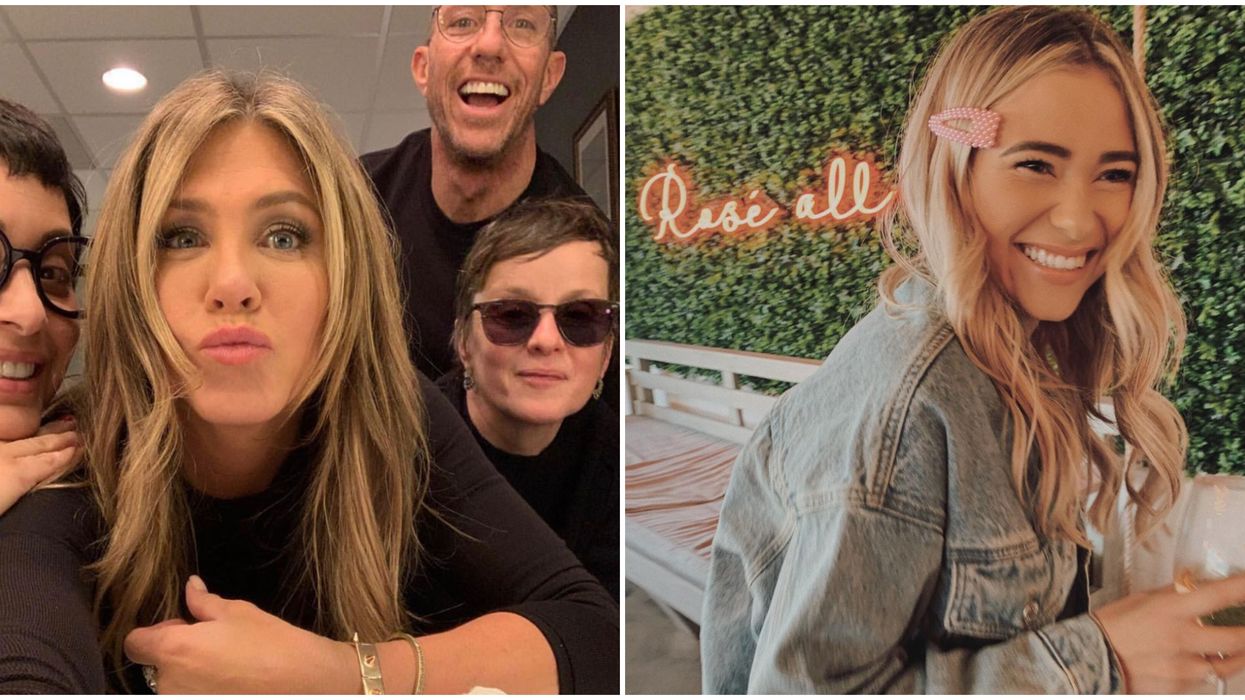 Last night was definitely an emotional one, but The Bachelor contestant Mykenna Dorn lived to see another day. The British Columbia-born fashion blogger survived two rose ceremonies in last night’s episode, and to top things off, she even got a hilarious shoutout from Friends star Jennifer Aniston.

At the beginning of episode five, we were greeted by a group of very angry women who couldn’t believe that Peter Weber had allowed previously eliminated contestant Alayah to come back in the house.

After some serious drama, Weber decided that it was best for Alayah to leave (yet again) before the rose ceremony. The contestants were relieved not only because of the constant drama following the pageant girl but also because it meant they were one step closer to winning Pilot Pete’s heart.

As the only Canadian contestant this season, Dorn has a special place in the hearts of many, and it seems that even big-time celebrities have taken notice of her.

Late last night, actress Mary McCormack posted a photo to her Instagram of her posing in front of her TV screen, rocking a huge pearl hair clip, Mykenna Dorn style.

Aniston reposted the photo to her Instagram story, along with a video showing off her pal’s new, youthful hairstyle, inspired by our own Canadian queen.

The pearls weren’t the only thing that people were talking about last night though — Cosmopolitan also reported that Dorn’s facial expressions (more specifically, her tongue) were a hot topic on Twitter last night.

With the competition heating up with each episode, it seems like Dorn’s facial expressions are only becoming more and more hilarious — who knows what she’ll come up with next!

A second episode of The Bachelor will be airing this week on Wednesday at 8 p.m. ET. Be sure to tune in so you can keep up with all the latest drama.

Hurry because the sale ends soon!

It's rare to find a sale on the education streaming platform, so the news of MasterClass's BOGO deal is too good to pass up.