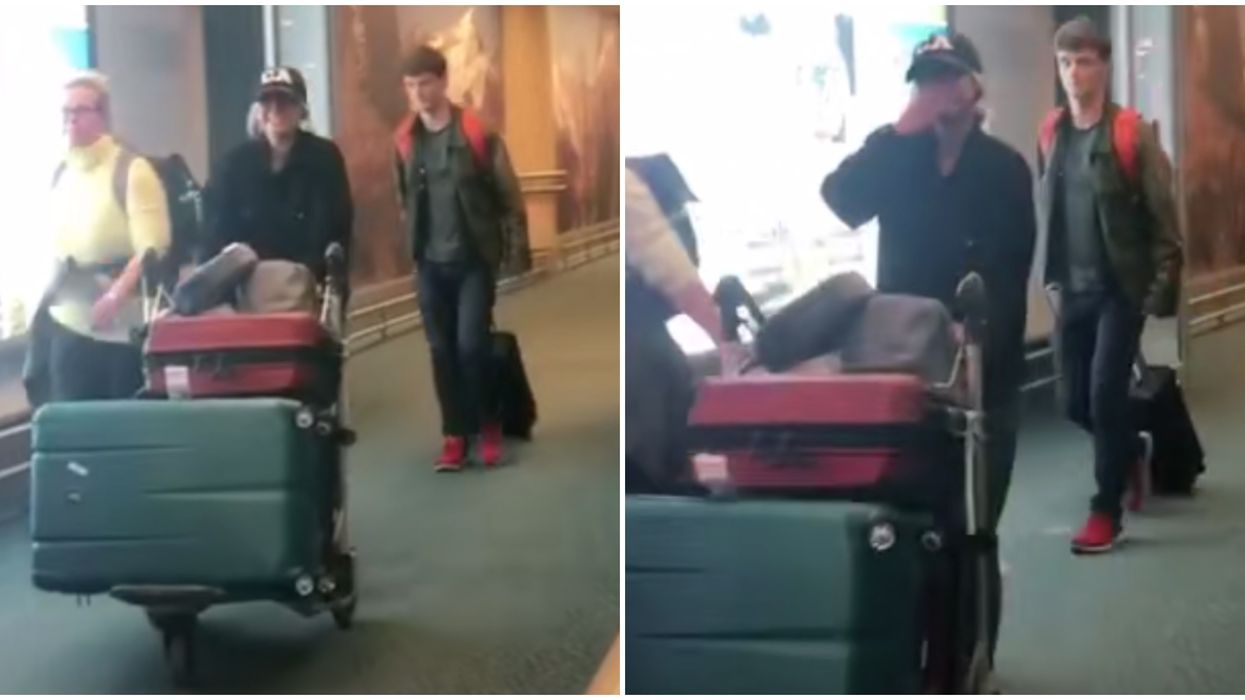 It’s now been a few episodes since The Bachelor star Mykenna Dorn made her emotional exit from the show, but fans haven’t forgotten about her just yet. Over the weekend, Dorn took to TikTok to give fans a sneak peek at her return to Canada after her breakup with Pilot Pete.

It was the split that many people didn’t see coming — Dorn included. After surviving an intense two-on-one date with Tammy where the Canadian fashion blogger stood up for herself, Dorn thought she was safe for the night.

Unfortunately, Peter Weber sent her packing during the final rose ceremony that night, breaking not only the 23-year-old’s heart but her fans' as well.

Since making her return to Langley, B.C., The Bachelor alum has been keeping busy catching up with friends at home, keeping up with the show, and making appearances to meet up with fans, according to her Instagram.

Upon returning across the border, the wine and dancing enthusiast had her family awaiting her at the airport.

“Just some blonde girl returning back to Canada after being dumped on tv // Was so happy to see my family 😭 #thebachelor #mykennadorn” Dorn captioned the video which she posted on TikTok.

The 23-year-old is quickly rising to Canadian TikTok fame. She’s already amassed over 100,000 followers on the app and is close to reaching an impressive one million likes.

During her time on the show, Dorn was able to catch the attention of some pretty major celebrities. Jennifer Aniston trolled her massive hair clip during one episode, and Ellen DeGeneres couldn’t help but giggle at some of the Canadian’s hilarious facial expressions.

Dorn also recently celebrated her birthday in Nashville, where she met up with former Bachelorette and fellow Canadian, Kaitlyn Bristowe. She may have left the show without a fiance, but she sure did make some amazing friendships along the way.

Her shot at love with Pilot Pete may be over, but Dorn could still find the man of her dreams if she chooses to be on Bachelor in Paradise later this year.

You can keep up with Weber and his final three contestants on their quest for love next Monday at 8 p.m. ET.