While the people are away, the wildlife will play. 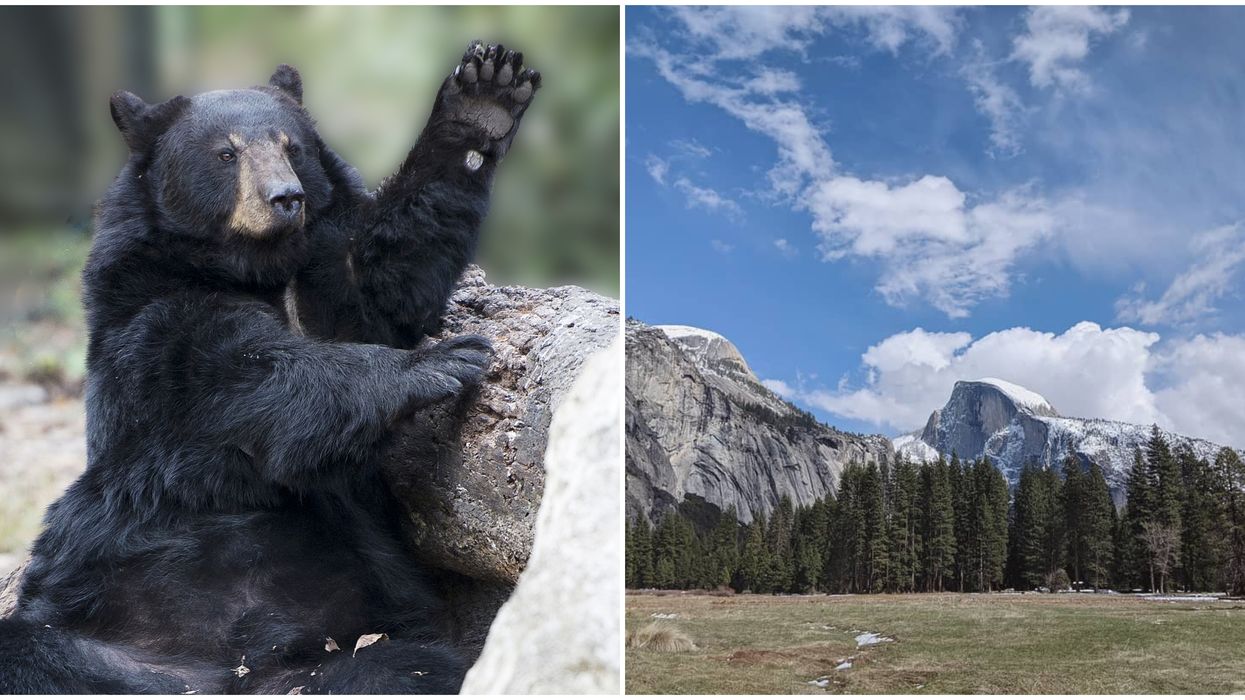 While the people are away, the wildlife will play. During the warmer months, Yosemite National Park is normally a tourist hot spot. But today, it's quieter than usual — and from the looks of things, the animals are loving it. Even the bears in Yosemite are "partying" now that tourists are gone.

A park Instagram video shows a bear happily roaming through an area typically filled with tourists.

Since bears eat all throughout the year to prepare for hibernation, waking up in springtime means they'll need plenty of meals and snacks.

This black bear stopped to munch on grass just across from Yosemite Village.

It's rare to see bears out and about so close to the shopping centers. But things have changed this year.

The Los Angeles Times even reported that the bear population has quadrupled inside the park!

Saturday, Ranger Katie took viewers on a Facebook live stream adventure to teach us about what's going on in Yosemite right now.

Springtime usually brings a flood of people looking to hike, camp, and explore.

While the people are staying indoors this year, wildlife has come out to party.

The Times said that of the 4.6 million visitors to Yosemite Valley last year, 308,000 showed up in April.

"Now that there are no people the bears are literally just walking down the road to get to where they need to go, which is kind of cool to see," said Katie.

The bears aren't the only ones having a good time. Even ravens are prancing around in the empty parking lots!

Park rangers also noted that coyotes and bobcats have been spotted roaming outside traditional camping areas. Check out this sleepy guy.

It's fun to see the wildlife out and about enjoying the spring months. While we're just visitors here, this is their home.

* The left cover photo was used for illustrative purposes only.