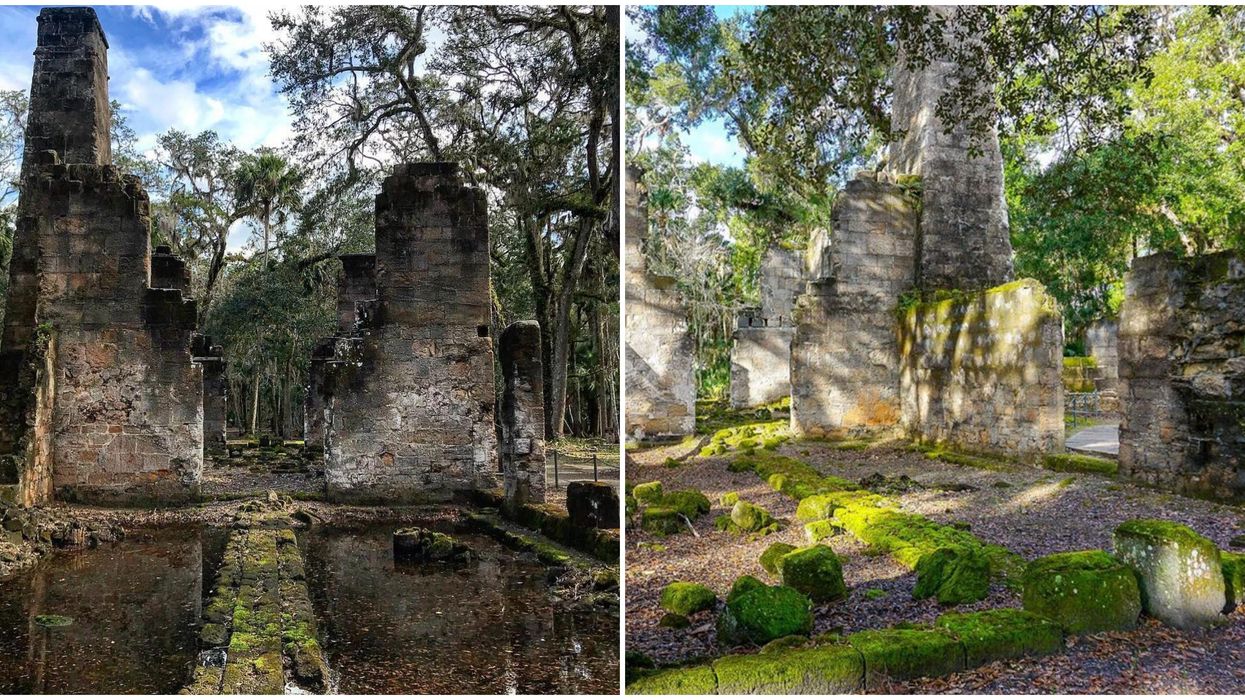 If you ever wondered what was Florida back in the 1800s, you should make a trip to these ruins. Bulow Plantation Ruins is what is left from a Seminole attack during the Florida Wars in 1836.

This is something out of a war scene movie for sure. It might make you wonder if you landed in Florida or one of those ruins in Mexico. These ruins were part of a sugar plantation near Daytona Beach. These ruins go all the way back from the early 19th century when a South Carolina man named, Charles Wilhelm Bulow, decided to create his own fortune in the south.

It is estimated the plantation had over 9,000 acres and it was used to grow sugarcane, cotton, rice, and indigo. By 1935, the plantation's future was in danger due to the Seminole Wars when the U.S. government tried to force Native American Indians out of Florida.

It was known as the largest sugar mill in Florida before it was burned by the Seminole Indians in 1836. Many people come here to work out, meditate, and take pictures.

The place feels eerie but some of its structure still stands strong. During your exploration, you will notice the remains of the sugar mill, a few chimneys, and wells.

Disclaimer: We strongly advise that before you go swimming or visit a potentially hazardous location, you check for the most recent updates on potential hazards, security, water quality, and closures. If you do plan to visit a location, respect the environment.