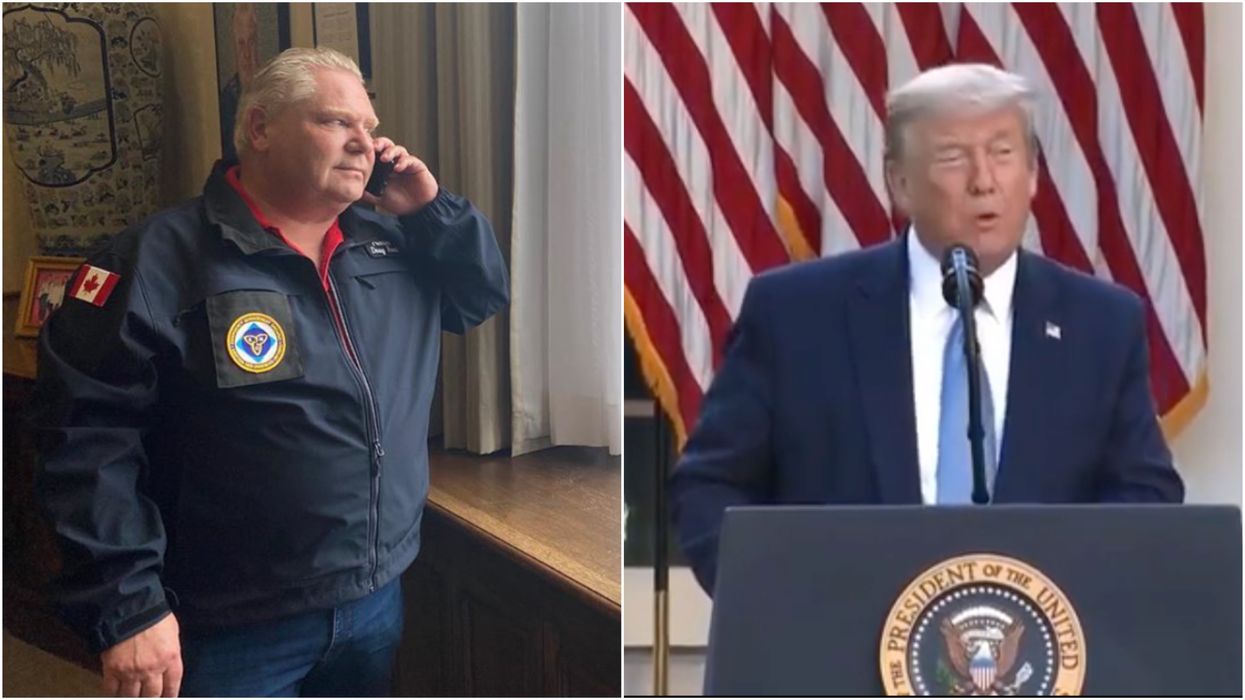 It’s been seven weeks since the border between Canada and the United States was closed to non-essential travel. Now, Ontario Premier Doug Ford is “adamant” it should remain closed. Urging the prime minister to take action to delay the Canada-U.S. border reopening, Ford made it clear that he doesn’t want to take any chances just yet.

Addressing reporters on Friday, the Ontario Premier explained that he does not want the border to reopen right now, due to COVID-19 concerns.

Speaking from Queen’s Park, Ford confirmed that the topic of reopening the Canada-U.S. border had come up during a meeting on Thursday.

"I was adamant on the call yesterday with the premiers and the prime minister, I do not want those borders open," he said.

"I know Quebec felt the same way and B.C. felt the exact same way. I can't speak for the other provinces but right now, I don't want the borders open."

His comments come as the Canada-U.S. border closure agreement is set to expire this month.

The new date of May 20 is 30 days later than the border was originally scheduled to reopen, despite assurances from President Donald Trump that “it will be one of the early borders to be released."

Before any international borders can reopen, Ford suggested that COVID-19 screening must be increased by “tenfold.”

During his address, the Ontario Premier also made it clear that it isn’t just international borders that should be carefully monitored.

Urging residents of Quebec to avoid travelling into Ontario for the time being, he explained, "We love our Quebec neighbours but just wait until this is over.”

“It’s to their benefit, our benefit and the country’s benefit," he added.

Canada-U.S. border "will be one of the early borders to be released" from travel restrictions, says U.S. President… https://t.co/JzZLyNDVPb
— Power & Politics (@Power & Politics)1586991151.0

Last month, the premier took aim at the U.S. president for suggested loosening border restrictions between the United States and Canada.

Referencing Trump’s comments in April, Ford stated, "The answer is absolutely not. I don't want them (Americans) in Ontario."

"What I can guarantee is ... decisions about Canada's border are taken by Canadians. Full stop,"Chrystia Freeland told reporters.

Travel restrictions initially took effect on March 21, and banned all non-essential travel between the two countries.

Trade and commerce are exempt from the ban, as well as essential health-care workers who live and work on opposite sides of the border.