Toronto is losing its cheesecake-loving mind! 🍰 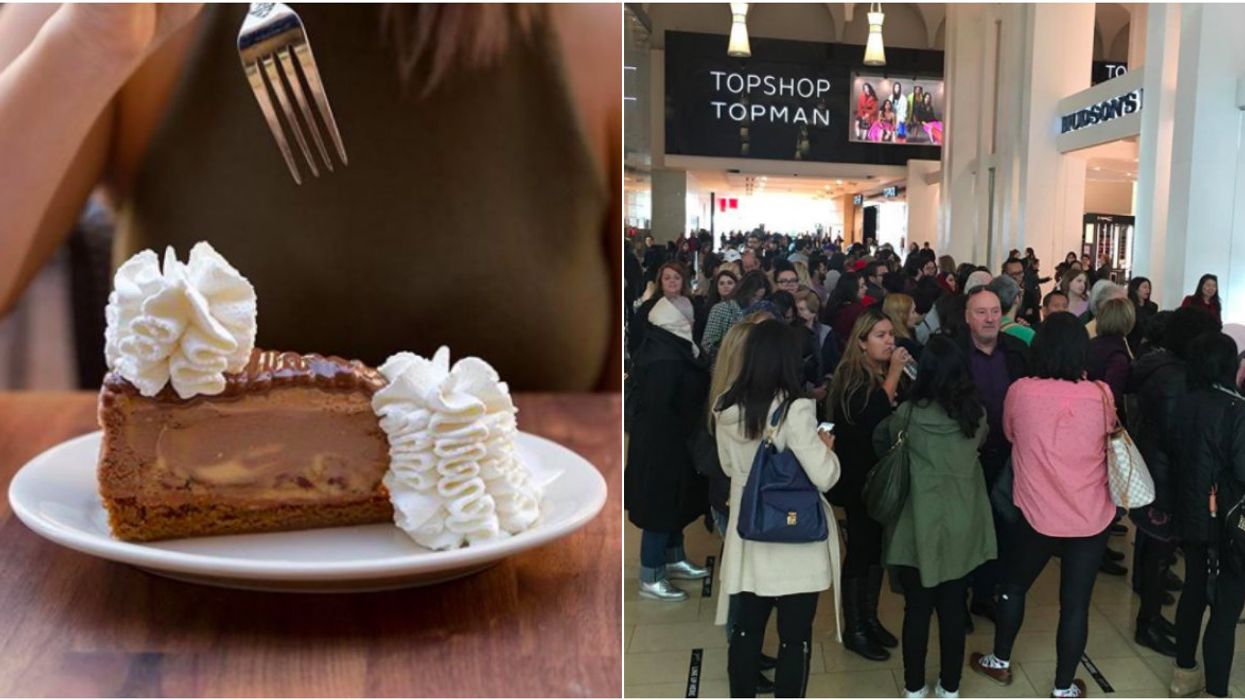 Toronto's cheesecake-loving fans have been waiting patiently for The Cheesecake Factory to open since news broke last April that the dessert shop would be coming to The 6ix.

Well it's here at last, and as of just a few hours ago, it looks like pretty much every GTA resident has shown up to celebrate the occasion.

Apparently everyone planned to take the same day off work, because the lines are crazy:

Yup, Torontonians are pretty pleased about not needing a passport to get a taste of any of the chain's 30+ kinds of cheesecake. So much so, in fact, that food lovers started lining up hours before The Cheesecake Factory's launch at Yorkdale Shopping Centre this morning.

The restaurant may spread across 10,400 square feet of space and include two patios, but the lineup currently standing outside it has proven that's not nearly enough room for everyone wanting to eat there.

Instead, customers will have to wait their turn until the crowd dies down to try the insane 250-item menu.

The chain, which has been praised by 6ix God Drake, is known for its huge proportions and over-the-top creations.

If hundreds of different kinds of creamy desserts sounds like your kind of thing, The Cheesecake Factory is open right now at Yorkdale Shopping centre. But you might want to get there fast before all the cheesecake is gone.