Is he the new king? 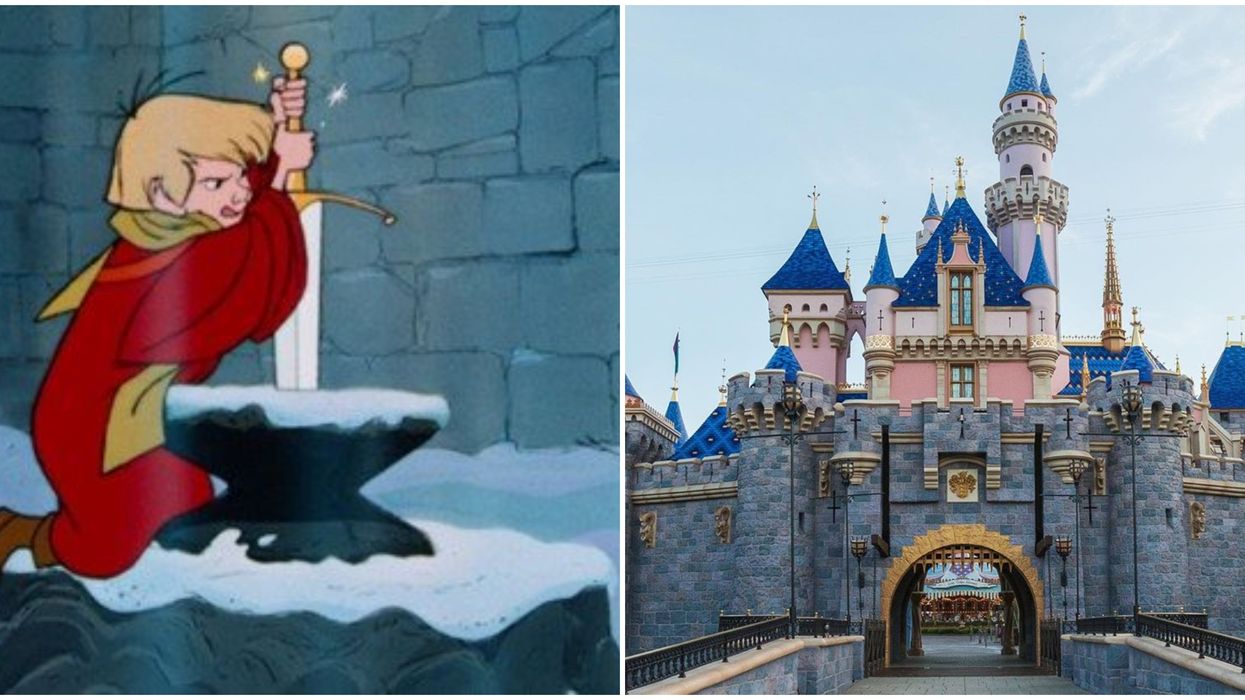 Have you ever watched Disney's classic film, The Sword In The Stone? This tale tells of a magical sword that can only be pulled from its resting place by the one true king. For decades, the stone has sat unmovable in front of King Arthur's Carousel at The Happiest Place on Earth - until it wasn't. A guest actually did the impossible and pulled out the Disneyland sword in the stone!

We just have one question: Does this mean we have a new king now?

Last week, Excalibur (the aforementioned sword) was reported missing in front of its resting place at the carousel. While some thought it was a refurbishment, it seems there's a completely different (and hilarious) side to the story.

According to WDW News Today, an eyewitness confessed that his friend pulled the sword out by accident. He said, "The sword in the stone is not removed for refurbishment. My friend Sam broke it last weekend on the 8th when we went to Disneyland. He literally ripped it out."

Apparently, it was his first time at Disneyland. His friend jokingly told him that if he pulled it out, he'd win a prize. It's easy to see that Sam really took it all the way.

As you can see, the sword has been completely taken out.

His friend went on to say, "He just used brute force I guess lol. It was broken and jagged."

Luckily, a cast member was nearby and was able to quickly address the situation. "The staff said they taped it off so no one would stick their fingers in and cut it on the broken piece left inside."

There's nothing quite like the excitement of a Disneyland first-timer, lol. We're not quite sure if he should be crowned park king for the day or thrown out for damaging park property.

Thankfully, the sword wasn't missing for too long and no one got hurt in the process. It's now repaired and (ironically) sitting back in its place, shining more than ever.

While the sword in the stone attraction is open to the public again, King Arthur's Carousel is scheduled to close until January 21 for updates.

There are many park updates underway. Two popular rides are currently getting a massive makeover for the new year and Star Wars: Rise of the Resistance is scheduled to open in just three days. We'll also see the brand-new Avengers Campus open this summer. Change is coming and we're here for it.