The premier is feeling pretty positive about Ontario's future! 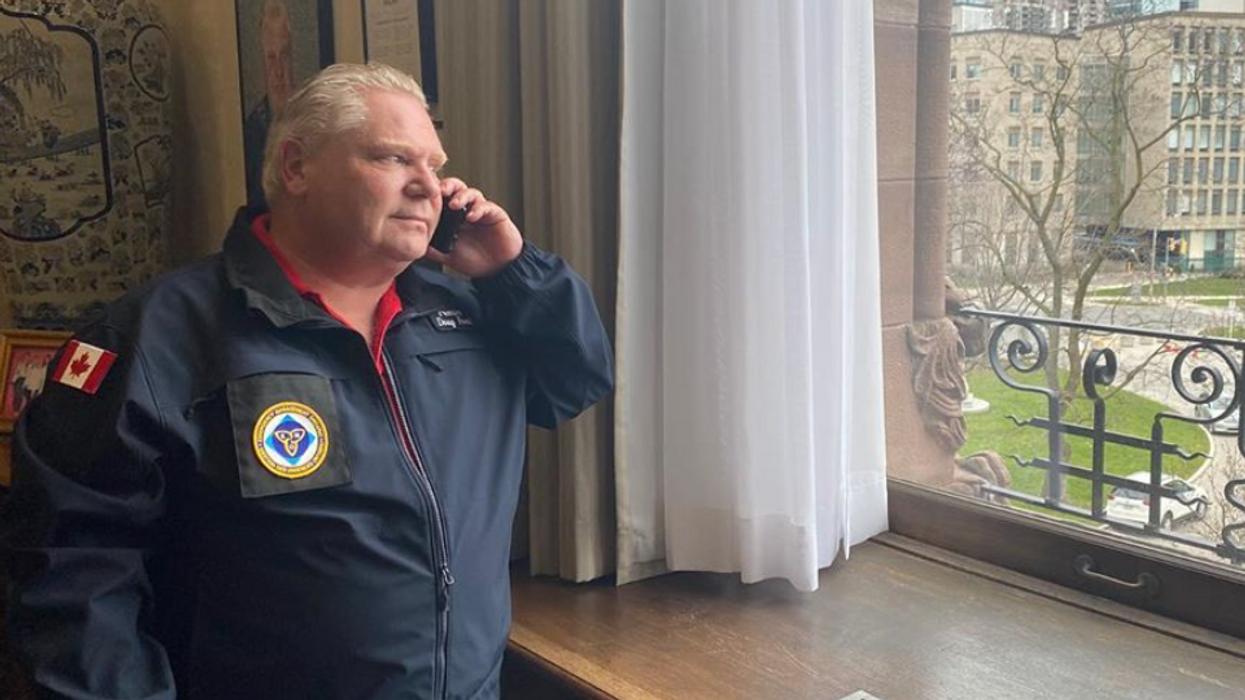 There could be some good news on the horizon in Ontario! During his regular COVID-19 briefing on Saturday, Premier Doug Ford revealed that the end of lockdown in Ontario could be “a lot sooner than we thought.” Noting that the region has seen a downward slope in the number of COVID-19 cases, he confirmed that the province is getting increasingly closer to our “new normal.”

As some provinces in Canada prepare to reopen their economies next week, Premier Doug Ford has confirmed that Ontario isn’t too far behind.

In a press conference on May 2, the premier told reporters that there was an overall downward trend of COVID-19 cases in the region, which is a good sign for things to come.

Ford explained, "If we keep going the way we're going, we're going to get out of this a lot sooner than we thought we might be able to get out a couple of months ago.”

While he was unable to provide an exact timeline, Ford confirmed that the province will soon start to “loosen things up a little bit,” providing there are no spikes in new cases and fatalities.

In a follow-up tweet, the Ontario Premier added, “We’ve made great progress in our fight against COVID-19 and I’m optimistic that in the coming days and weeks, we’ll be able to open up more even more businesses.”

Our future is in our own hands. Thanks to everyone doing their part, we’ve made great progress in our fight against… https://t.co/GAs5GuktVC
— Doug Ford (@Doug Ford)1588434861.0

Ford’s positive message comes just a day after the province announced that some businesses will reopen as early as next week, including garden centres, landscaping services and auto dealerships.

After initially stating that reopening the economy by May 24 is “absolutely not going to happen,” it seems Ford is feeling more optimistic about Ontario’s future.

“We had a little glimmer of hope yesterday and we will continue giving people hope in this province,” he said on Saturday.

Thanks to our collective efforts, some businesses may start to reopen under strict safety guidelines. These include… https://t.co/NW4HZMhmuM
— Doug Ford (@Doug Ford)1588354981.0

Across the country, provinces like Quebec and Manitoba are preparing to open even more services and businesses next week, including patios, hairdressers and even schools.

However, Ford previously confirmed that he was not willing to let students return to classrooms right now, despite the action taken in other regions.

"I'm not going to put our children in a crowded classroom, I'm just not going to do it," he said earlier this week.

Thanks to our collective efforts, today we are able to move forward with opening a very small list of businesses th… https://t.co/Zkfp3z13xv
— Doug Ford (@Doug Ford)1588373201.0

Despite these positive assurances from the Ontario government, it seems some people are still unhappy with the province’s COVID-19 restrictions.

For the second week in a row, protesters gathered at Queen’s Park in Toronto on Saturday, in order to speak out against the region’s social distancing rules.

Their action drew serious criticism from Ford on Saturday, who described feeling “really burned up” about the situation.