The letter was sent days before Trump's bleach injection briefing. 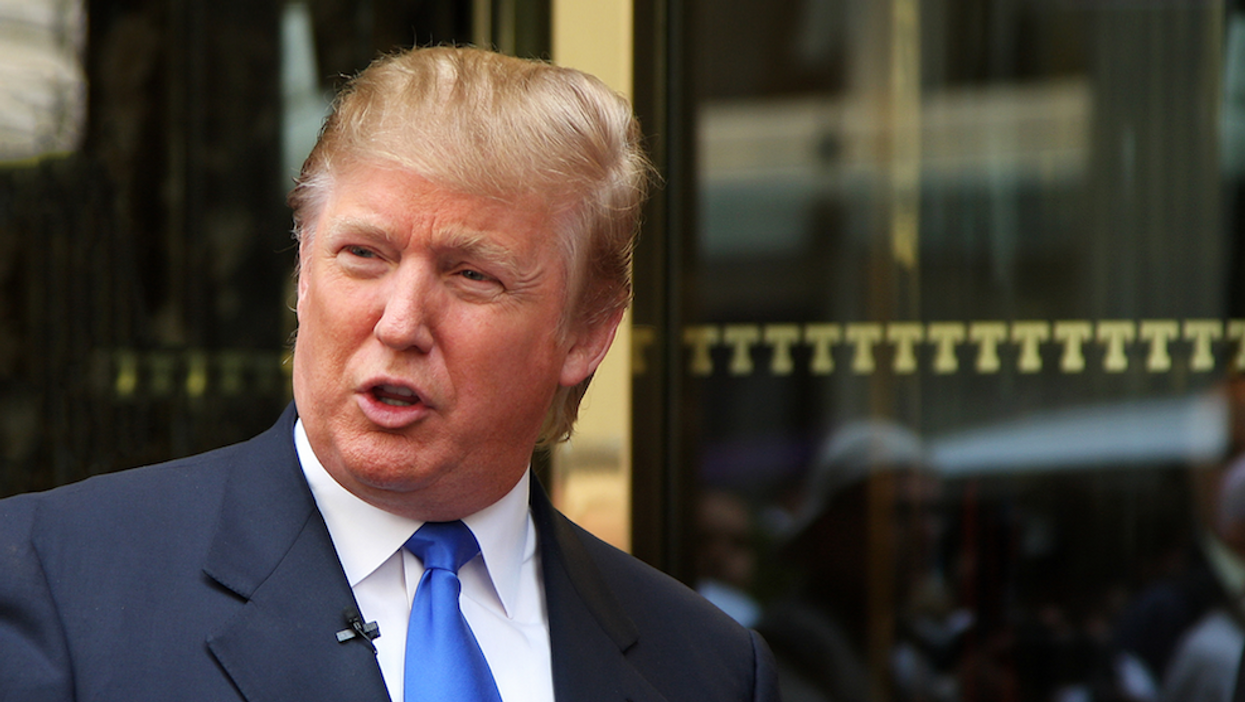 Days before President Trump suggested using disinfectant as a treatment for the novel coronavirus, a leader of a Florida group selling bleach as a cure wrote him a letter asking for help from the Federal Trade Commission (FTC) and Food and Drug Administration (FDA). He suggested that chlorine dioxide was a "wonderful detox" on April 19. Five days later, the president would go on to say that he saw how the disinfectant "knocks it out in a minute, one minute."

“Dear Mr. President, sir, I pray that this letter gets to you and finds you well,” Mark Grenon, leader of Florida's Genesis II Church of Health & Healing, said. “I am praying you read this letter and intervene and look into the FDA attacking our church and our sacraments by calling them fraudulent.”

The Bradenton-based organization promoted their "sacrament," Miracle Mineral Solution (MMS), as a cure for COVID-19 and other diseases like HIV and brain cancer. The "miracle cure" uses chlorine dioxide bleach as the main ingredient.

The group has been selling MMS prior to the COVID-19 pandemic for conditions like malaria and autism. They were forced to stop selling the product once they claimed it cured the novel coronavirus.

According to a press release from the United States Department of Justice, the FDA and the FTC issued a warning letter to the group on April 8 saying that they were violating federal law by selling unapproved and misbranded drugs.

Despite the warning, the release continues, the group continued "to sell MMS with claims that it cures, mitigates, treats, or prevents Coronavirus, which includes COVID-19, but they have also expressly stated that they [would] not take corrective action."

A temporary injunction was later filed on April 17 in the U.S. District Court for the Southern District of Florida against the organization and several members of the Grenon family who are listed as principals.

Grenon would then go on to ask the president for help in a letter and video broadcast from the organization's channel.

It's unclear if the president received the letter.

According to the Federal Trade Commission, in early March, they began issuing similar warnings to companies and organizations peddling claims that their product can cure or prevent COVID-19.

Assistant Attorney General Jody Hunt and U.S. Attorney Ariana Fajardo Orshan for the Southern District of Florida said that they are pursuing and shutting down all groups that are "selling illegal products during this pandemic.”

Reminder: Lysol disinfectant and hygiene products should only be used as directed and in line with usage guidelines https://t.co/yPVhvINxbU
— Lysol US (@Lysol US)1587753355.0

“We will zealously pursue perpetrators of fraud schemes seeking to take advantage of the COVID-19 pandemic,” Orshan said in the release. “Not only are these products potentially harmful, but their distribution and use may prevent those who are sick from receiving the legitimate healthcare they need.”

The organization still markets the product on their website.