The country has come together to support the victims and their families. 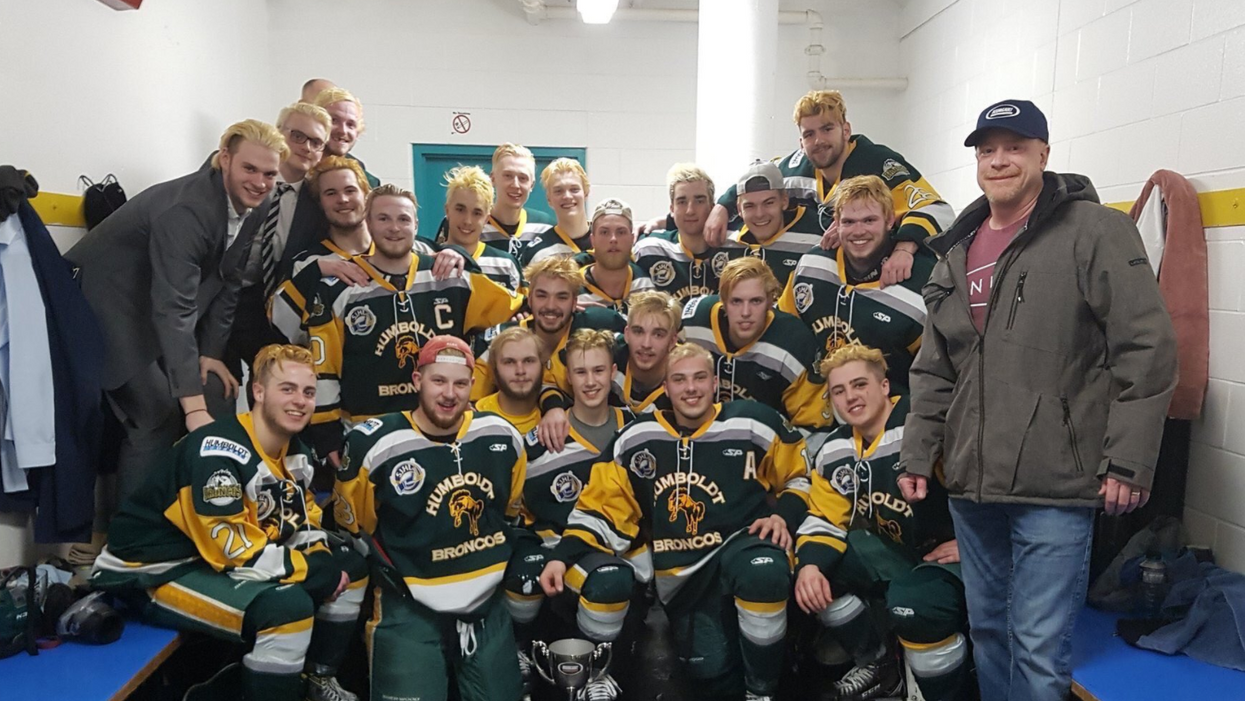 The tragedy involving the Humboldt Broncos has left the entire country reeling, and even those outside of it mourning over the loss of 15 men. From the hockey community to those outside of it, Canadians across the country have banded together to show support for those who lost their sons, brothers and fathers in the fatal bus crash that took the lives of 15 on their way to their playoff game in Saskatchewan.

While the tragedy has no silver lining, if anything has come out of this horrific event, it goes to show just how quick Canadians will come together to support each other in the wake of dark times. As of now the GoFundMe campaign that was opened to support the victims and their families has raised over nearly 5 million dollars thanks to 62,000+ supporters in a short 2 days.

Though it wasn't just the hockey community who came together to support, donations ranged far and wide coming from just about everywhere including Texas, Columbia and even North Dakota apart from provinces across the country. Amassing to a current tally of 62,062 people who have contributed to the campaign.

The success of the campaign has catapulted it as the most successful crowdfunding the country has ever seen, the last time something that successful came about on the platform with respect to Canada was during the Fort McMurray fire where $1.1 million was raised.

Though the country isn't just stopping at donations, rather a hashtag has also started on Twitter in support of the men that were lost, and those who are still in critical condition. #PutYourStickOut is promoting hockey lovers across the country and beyond to leave a stick propped outside in honour of those who were lost:

Leaving one out on the porch for the #humboldt boys, they might need it. pic.twitter.com/6RoQ4xik6E

As of now the largest global campaign on the GoFundMe site is the Time's Up Legal Defense Fund which gained $21.5 million thanks to 20,000+ donors since December 20th. Other funds in the top five most successful campaigns include the campaigns created for the Las Vegas shooting in 2017 ($11.8 million), the Pulse nightclub shooting in 2016 ($7.8 million) as well as the Marjory Stoneman Douglas high school shooting in Florida ($6/7 million) and the March for Our Lives ($3.5 million).

If you would like to make a donation and help support the victims and their families, you can do so at their GoFundMe page by clicking here. The funds are guaranteed by the company to be going to the right hands, so you won't have to worry about your money going to anyone else but the people it's meant to go to.

We stan a summer sale at Simons! 🙌

If you're in the mood to shop, it's your lucky day. Simons just launched their big summer sale where men's and women's clothing and home accessories are up to 50% off.