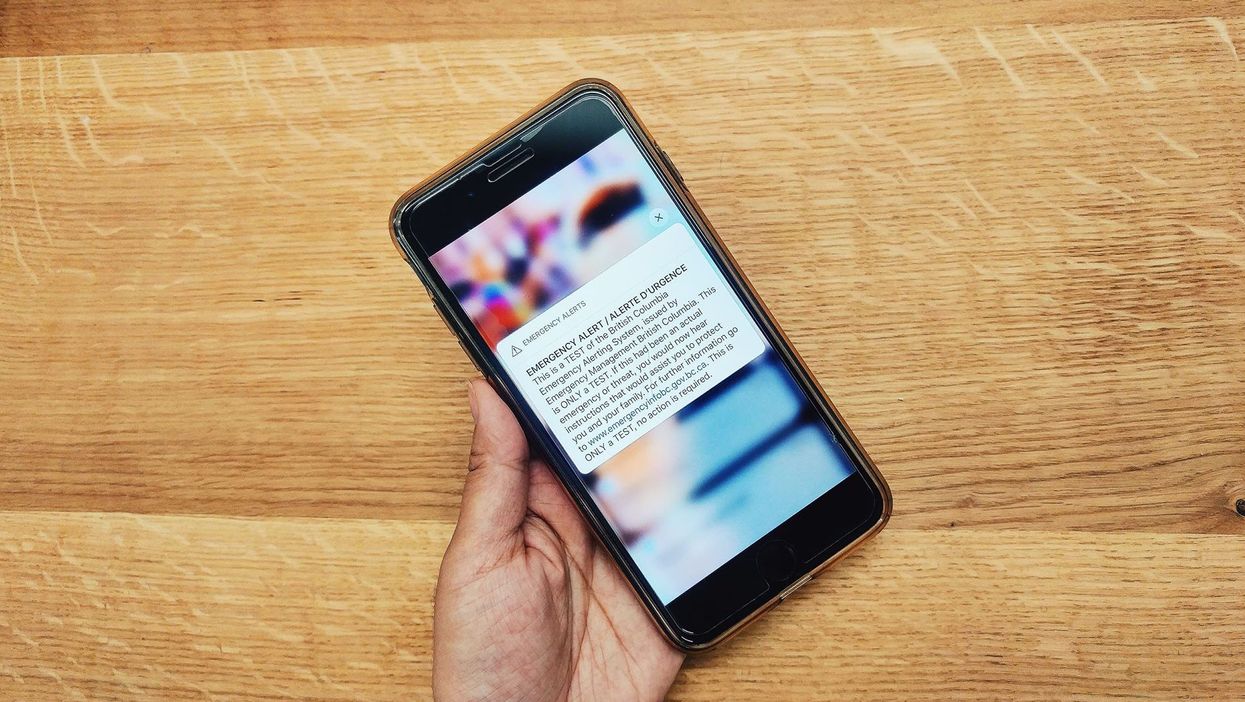 The government of Canada issued a Canada-wide emergency alert today to test their new nationwide alert system called Alert Ready. The purpose of Alert Ready is to notify Canadians across the country in case of any danger or safety concerns. The official alert test happened today on November 28th at 1:55 PM local time across the country.

READ ALSO: This Is What You Can Expect To Happen During Today's Emergency Alert Test In Canada

So how did the notification work? If your data is turned on, a test emergency message was sent to your cell phone at 1:55 PM local time. The notification came with a loud sound that many people said on Twitter that they were alarmed by – literally. Check out a photo of what the text notification looked like.

Besides notifying cell phones, the alert also appeared on TV programs, the radio and other forms of broadcast. Check out a photo of what the notification looked like on TV screens.

Several Canadians did receive the emergency notification on their phone, but many others didn't. This lead tons of people to panic on Twitter because they were worried they wouldn't be notified in case of an emergency. Check out some of the best Twitter reactions so far from people who did not receive the emergency alert.

some of my coworkers got a second alert as well omg... this is so weird I still didn't get anything well if theres an emergency in Canada im gonna die. thanks mr trudeau.

I didn’t get the #EmergencyAlert but I just assume the government would likely let me die in an emergency anyways ... #PrepForYourself #BeYourOwn911

Many people did receive the emergency alert, but several were not a fan of how the message was sent and others panicked over what it could mean. Check out some of the best and most hilarious reactions on Twitter so far.

Thanks Canada, for that terrifying test of the emergency alert system. Nearly gave me a heart attack but I'm glad my phone will SCREAM LIKE A BANSHEE if I'm in danger. #EmergencyAlert

What fuck is this #EMERGENCYALERT are we under attack or something? pic.twitter.com/ckXd0ORLTf

I call Bullshit on there being "no danger to your health or safety. There is danger of giving me a Fucking Heart Attack! #toronto #ontario #EmergencyAlert pic.twitter.com/4se3l6ZvpC

The US tested their emergency alert system a lil while ago and Canada just tested there’s today?! Y’all they know something

Here's hoping that the Canadians who did not receive an emergency alert today do recieve one if the notification is ever no longer a test, here's hoping even more that the Alert Ready emergency system never has to be put to use.