Shawn Mendes shirtless Instagram photos for Calvin Klein underwear has blown up and people are obsessed. 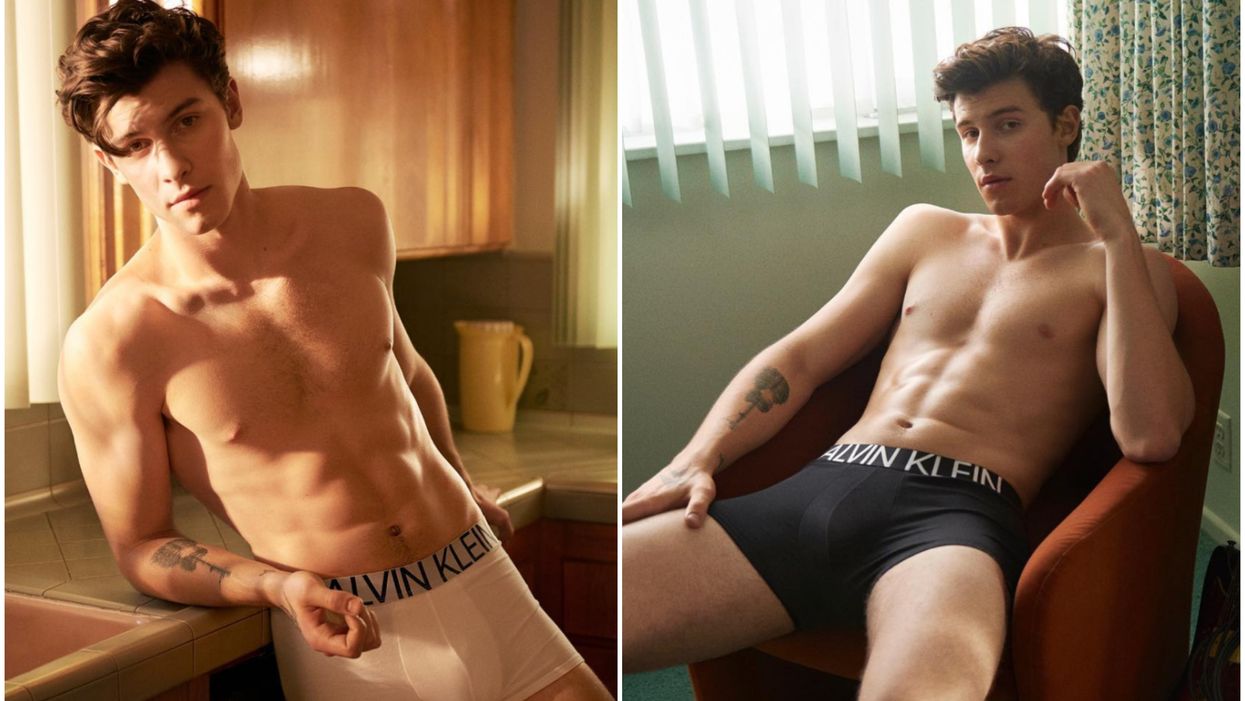 The Internet is already obsessed with Canadian heartthrob Shawn Mendes (honestly, same) but his latest move has pushed fans over the edge. The singer uploaded photos from his Calvin Klein underwear campaign onto Instagram yesterday, and the post absolutely blew up. The Internet went wild over Shawn Mendes' shirtless photos and the reactions from both fans and celebrities are absolutely hilarious.

It all started when Shawn Mendes took to Instagram to bless fans with not just one, but two saucy photos of him shirtless, one day ago. The post was a teaser for the Canadian singer's Calvin Klein underwear campaign. Shawn Mendes left the caption simple and just wrote, "@CalvinKlein #MyCalvins. Campaign coming this week." Side note, we are dying to see the rest of these photos.

Shawn Mendes doesn't normally post shirtless photos on Instagram, which is honestly a mistake on his part because people were instantly freaking out over his Calvin Klein underwear pictures – both celebrities and fans. Celebs, they're just like us!

Check out the shirtless photos of Shawn Mendes below and experience the singer in all his glory.

Naturally, people all over were freaking out over Shawn Mendes' shirtless photos. The post has gotten almost 8 million likes and nearly 500,000 comments since it was uploaded just one day ago – which is double and even triple his other recent Instagram posts.

We can't decide who's the real winner of this situation – Shawn Mendes' abs or the hilarious reactions. The comment section of the Instagram post has been pure gold. Celebrities and fans alike have been showing their deep appreciation for this shirtless picture.

Celebrities like Jennifer Lopez, Hoodie Allen, Charlie Puth, James Charles, Drake Bell and many more have made special appearances in the comment section. It looks like even celebs aren't immune to his hotness. Check out what they had to say to Shawn Mendes' fire Instagram post. Of course, fan reactions also did not disappoint.

sorry but Calvin Klein's pictures of Shawn Mendes really got me pic.twitter.com/6q6VhCs0vd

Delete this before my girl sees it

mmmm i love that sexy keyboard

Shawn Mendes, please keep these shirtless photos coming. Here's hoping there will be even more saucy pics to send the Internet into a frenzy once the singer's campaign with Calvin Klein underwear drops later this week.

Stay tuned for more hearts to melt all around the world once the full campaign pictures are released.