The video, posted in June has 2.5 million views. 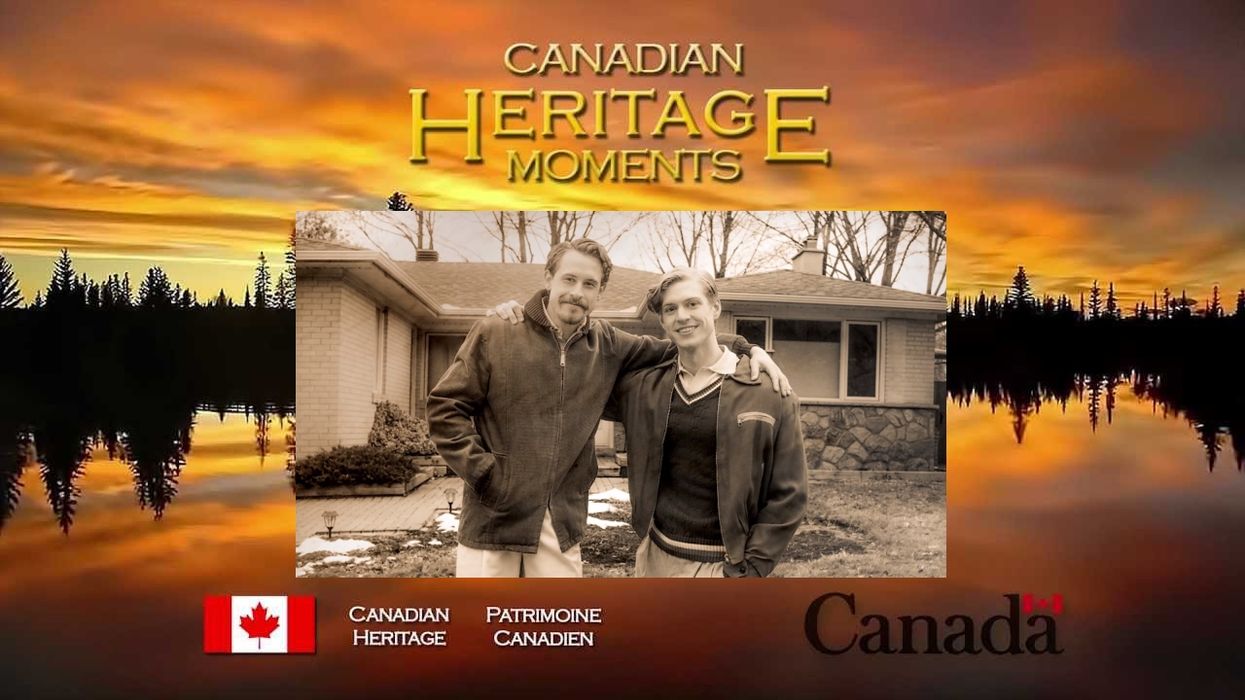 If you grew up in Canada you remember Heritage Minutes. Those one-minute history videos were a hallmark of the Canadian childhood experience and some are iconic.

While they were very popular, the latest Heritage Minutes video has gone viral with over 2.5 million views.

Released in June, this Heritage Minute tells the story of Jim Egan, a pioneer for the LGBTQ2 community in Canada. In the late 1940's the Toronto man began writing letters challenging the misconceptions in the media about homosexuality, which was a crime at the time.

After 47 years with his partner, they decided to go to the Supreme Court to fight for spousal rights. Unfortunately, they lost their case but it was because of them that the push for equality got even stronger. It was because of this that the supreme court ruled sexual orientation would be protected under the Canadian charter.

This #heritageMinute has now passed 2.5 million online views - a record for us @HistoricaCanada . Thanks to all who have viewed - and if you hadn’t yet, or want to again: https://t.co/R1lHK7HGW1

The CEO of Historica Canada, the organization that produces Heritage Minutes, Anthony Wilson-Smith tweeted today that that video had passed 2.5 million online views, making it the most viewed Heritage Minute ever.

The video had previously been tweeted out by Prime Minister Justin Trudeau when it first came out in June.

In case you missed it, this week we released the first ever #HeritageMinute to explore #LGBTQ2 history in Canada. This #HeritageMinute tells the story of gay activist Jim Egan and his fight for spousal rights. Check out these behind the scenes photos from the shoot and be sure to watch the Minute today! (Link in bio.) . . . #HeritageMinutes #APartOfOurHeritage #PrideMonth #Pride #Pride2018 #LGBTQ2 #LGBTQ2Pride #SameSexMarriage #LoveIsLove #LoveIsLouder #LGBTQ2Community #LGBTQCommunity #LGBTQ #LGBTQLove #LGBTQPride #EqualRights #HumanRights #LGBTQRights #LGBTQ2Rights #CanadianFilm #CanadianHistory #LGBTQHistory

While this latest video has had record-breaking views, the most popular before this Heritage Minute was on Wilder Penfield, a neurosurgeon who did groundbreaking work on seizures.

The video, released in 1991, has an iconic line of "Doctor Penfield, I can smell burnt toast" making Canadians everywhere worry they were having a seizure everytime their toast was burnt.

The latest Jim Egan Heritage Minute not only celebrates gay rights, but it also features prominent LGBTQ Canadians. The video is narrated by signer K.D Lang and is directed by Stephen Dunn, both of whom are openly gay.