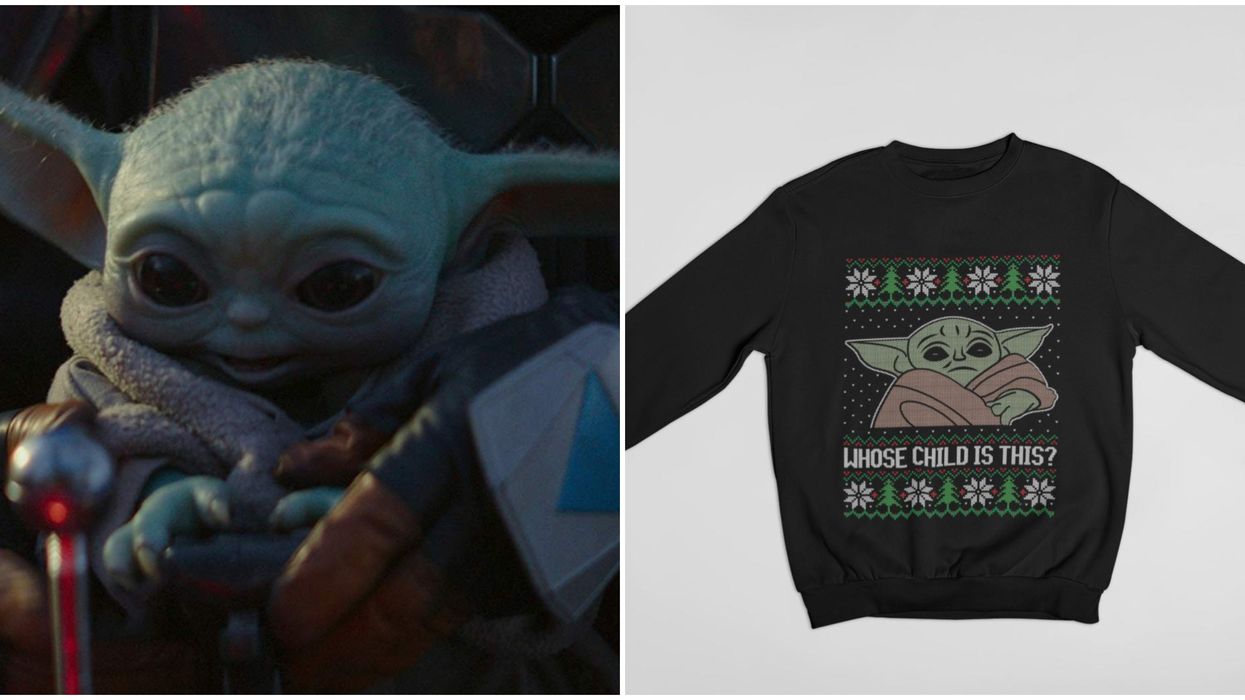 Since Disney+ was released last month, users of the streaming service have been non-stop raving about the content on the platform. One of the most popular originals on the site is The Mandalorian. Fans can't get enough of the show or it's smallest star — so much so that they've even begun making The Mandalorian Baby Yoda merchandise.

If you have yet to watch the new Star Wars series, you've likely already seen GIFs floating around on the internet of a tiny and much younger version of what looks like Yoda.

Anyone who's seen Star Wars knows Yoda as an older character, so seeing him looking so different has definitely thrown people off but still warmed their hearts nonetheless.

As with many popular characters in history, those who love Baby Yoda have gone so far as to put his likeness on various merchandise, including some hilarious and adorable Christmas sweaters that are perfect for the upcoming holiday season.

One of the sweaters, made by ATZIShop on Etsy shows Baby Yoda surrounded by a festive pattern and writing that reads, "Whose child is this?" and alludes to an old favourite Christmas carol.

Although cute, the sweater will set you back $52.49, but there's another version at DanielKorengStudio on Etsy that has a cheaper Baby Yoda holiday sweater that costs just $26.27.

It may seem crazy that Baby Yoda's popularity has risen so quickly, but to be fair, he is extremely adorable, and The Mandalorian recently surpassed Stranger Things as the most-streamed show ever.

The famous Star Wars character has also been the centre of many hilarious memes as The Mandalorian rises in popularity across the internet.

The Mandalorian only has four episodes available on Disney+ so far, so if you haven't yet watched it, you've got plenty of time to check it out.

New episodes of the hit series come to the streaming service every Friday.

You still have plenty of time to get your hands on this hilarious baby Yoda Christmas sweater before the holidays are over.