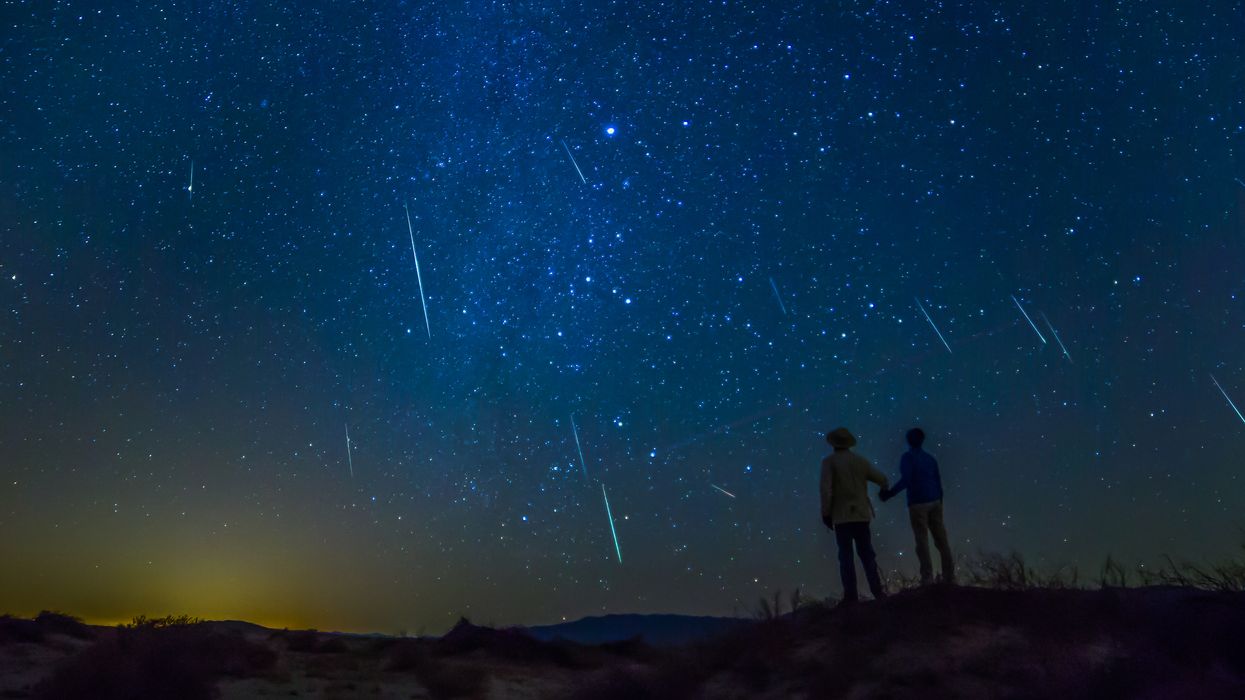 Stargazing is therapeutic on its own but it's even better when there's some type of astrological phenonenom lighting up the night sky. We have the chance to witness some amazing scientific treasures right from our own back yard. You can watch the rare "unicorn" meteor shower tomorrow night from many Eastern locations, including Charlotte and surrounding areas.

The Alpha Monocerotids meteor shower happening tomorrow night (Nov. 21) will be a rare occurrence, with the last shower happening in 1995. Short but plentiful bursts of meteors will disperse from a constellation near the Orion called Monoceros (meaning "unicorn" in Greek).

Meteor showers occur when Earth passes through a field of debris in space leftover from a comet, but the comet involved in tomorrow's occurence remains a mystery.

The radiant levels in the sky are low and the cloud cover in some areas will definitely affect the odds. A Nasa report reveals that there is no guarantee the meteors will even be visible. However, the East has the highest visibility of all U.S. regions (with no possible visibility far West in the Pacific time zone, sorry Cali).

Lucky for us, Charlotte and other Southeastern areas are the perfect spot to see the The Alpha Monocerotids meteor shower. You can also see it from Florida and even Canada just in case you're a little further north or south.

The same Nasa report says you should step outside around 10:35 p.m. EST to let your eyes adjust to the dark (don't look at your phone!).

The shower is expected to be most visible around 11:50 p.m. EST so plan to stay up late tomorrow night to view the astrological masterpiece at these locations near Charlotte:

These places are far from city life, meaning there's a lot less light pollution, which often creates a hazy film over the sky.

These remote areas offer gorgeous views of stars and big constellations like the Milky Way, so you'll have that going for you if you aren't able to see the meteors clearly.