Scheer's critics argue that there's a lack of diversity in his new team. 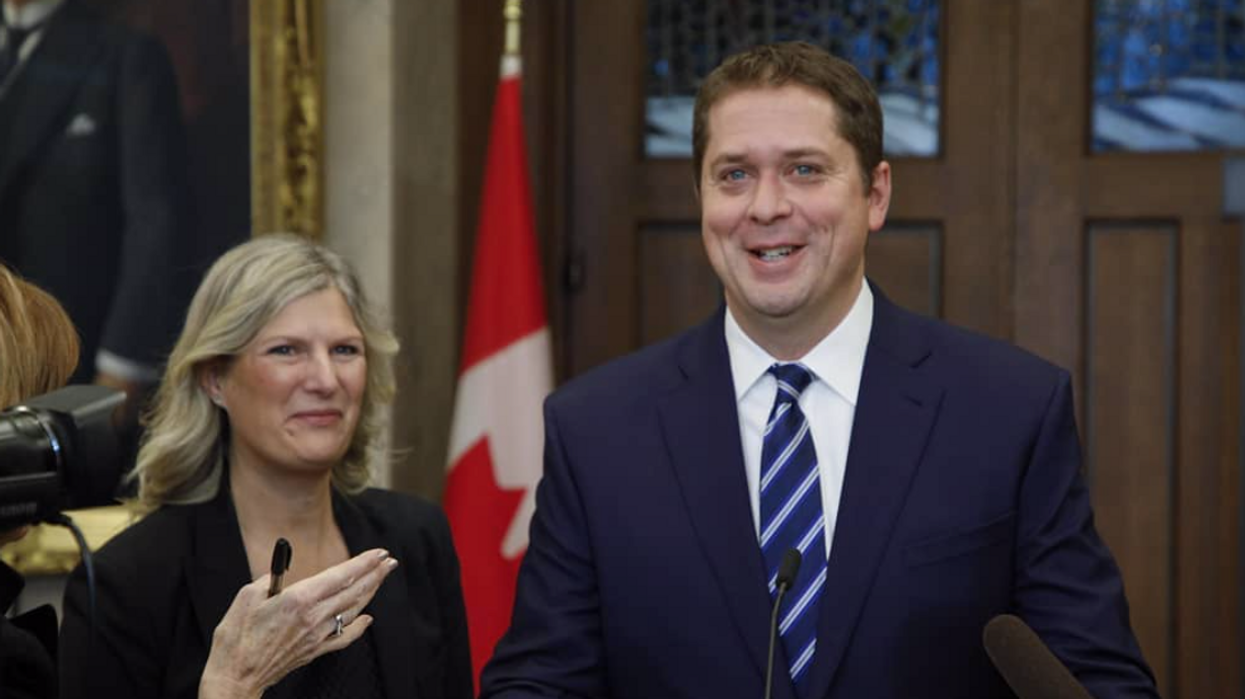 Since losing the federal election back in October, it’s been a pretty difficult few months for the Conservative leader.

Despite winning the popular vote, Scheer has faced calls from his own party to resign since the election ended, forcing him to regularly defend his position as leader.

Last weekend, he began to reshuffle his leadership team in preparation for Parliament reconvening, and he started by firing two of his leading aides.

Explaining that he felt it was “important to make changes” after losing the election, Scheer went on to hire an ex-Liberal MP as his deputy-leader, and on Thursday morning, he officially revealed his brand-new leadership team.

In a Twitter post on Thursday afternoon, the Conservative Party official account shared a photo of the new leadership team, and the picture was met with criticism almost immediately.

Of the 10 leadership members pictured, only three are women, and all are white, leading several Canadians to call out the lack of diversity.

While the post asked Canadians to welcome their new leadership team, many of the responses were focused on the representation within the group.

One Canadian Twitter user responded, "I do like how you tried to spread the women out so the 7:3 ratio doesn't look as bad as it actually is."

Another asked, "Look at this picture and tell me a single reason why a non-white person should look up to Conservatives?"

A third added, "I am an immigrant and a Conservative but I realise that the party has failed miserably to reach out to non-white immigrants like me."

In a separate tweet, Andrew Scheer wrote, “I am very proud to introduce my Conservative Leadership Team, including our Deputy Leader Leona Alleslev.”

He continued, “This is the team which is going to help us hold Justin Trudeau to account every single day.”

Prime Minister Justin Trudeau also recently announced his Liberal cabinet, taking to Instagram to share an image of them all together.

While there's certainly more diversity in Trudeau's team than Scheer's, there's still a long way to go until their leadership teams are truly representative.

Earlier this week, Andrew Scheer responded to continued calls for his resignation, saying, "I am staying on to fight the fight Canadians elected us to do."

He added, "Now is not the time for internal divisions or internal party politics – that is an unfortunate part of the Conservative tradition in this country."