The plane in the Ethiopian Airlines crash is the same model used by some popular Canadian airlines and this isn't the first time it's crashed. 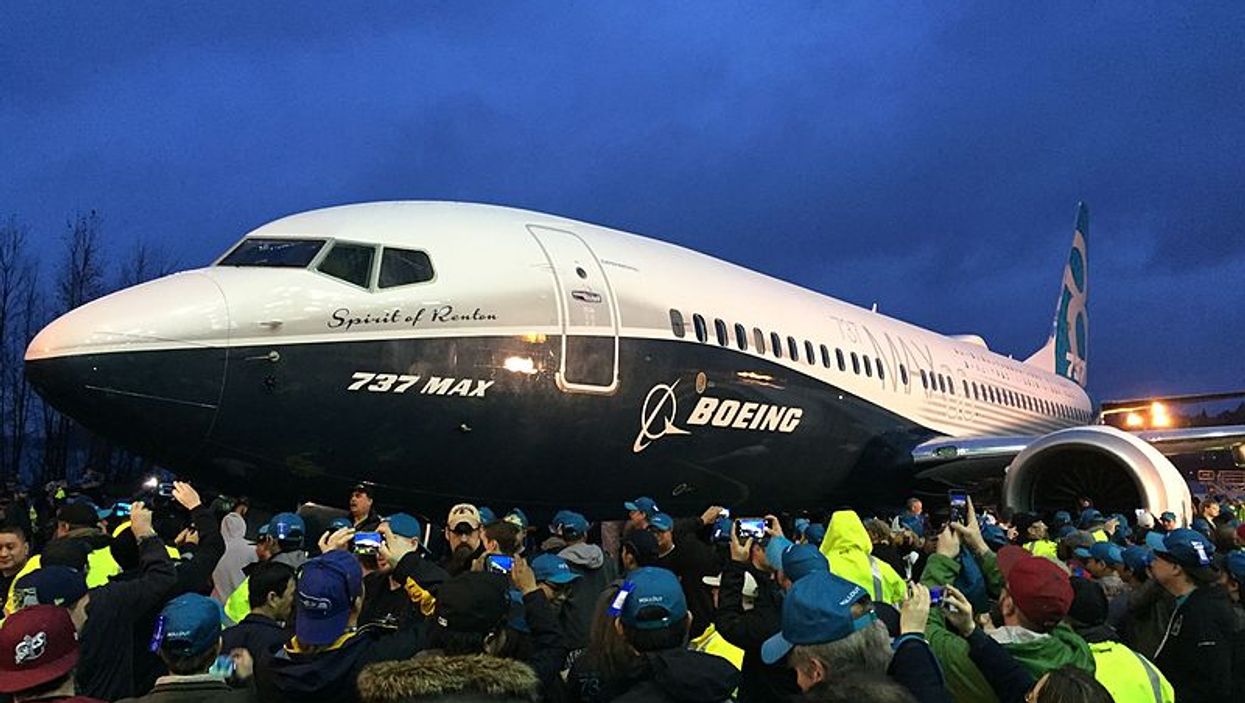 Aka the Beav | Wikimedia
Elizabeth Keith

In a tragic incident this morning, 158 people were killed when an Ethiopian Airlines flight crashed only minutes after take off. There were no survivors and among those killed were 18 Canadians. As more details of the crash have become known, it was revealed that the plane in the Ethiopian Airlines crash is the same model used by some popular Canadian airlines too.

The plane in question is the Boeing 737-Max 8. The plane has been described by airlines as "a powerful step forward in engineering and style, further elevating the everyday travel experience." It's boasted to have a quieter engine, more storage in the cabin, and more fuel efficient.

Given all these positive elements, it makes sense that 40 airlines around the world are using this kind of plane. Specifically here in Canada, Air Canada, West Jet, and Sunwing have these Boeing 737 models in their fleets.

With plane crashes, there are so many different factors that can go into why it happened, like the weather, the flight pattern, or other mechanical problems. That's why normally, the type of plane involved wouldn't be a concern for other airlines who use the same models, but in this case, there is some cause for concern because this isn't the first time this has happened. Not too long ago in October 2018, another Boeing 737-Max 8 crashed outside of Jakarta. In that case, it was a Lion Air flight and all 189 people on board were killed.

Like this morning's crash in Ethiopia, the Lion Air plane went down only minutes after takeoff. Not long after that crash, Boeing released a safety bulletin, warning that one of the sensors on the 737 Max could give off erroneous readings, sending the plane into a sudden nosedive. In their bulletin, they warned flight crews about the procedures to follow if this happened.

It is not clear, however, if that is what caused the latest plane crash this morning and investigations in Ethiopia are still ongoing.

Despite the safety bulletin, experts in the aviation industry don't think people should be worried about the Boeing 737s. After October's crash, one aviation analyst Richard Aboulafia told Business Insider that "this is a tragedy, but (the safety bulletin) says absolutely nothing about the design of the plane and its major subsystems."

Meanwhile, another aviation consultant and former pilot, Keith Mackey told CBC, "it's the latest and greatest version of the 737, and there's no reason to believe that there is anything wrong with the basic airplane that might have caused this."

Air Canada, West Jet, and Sunwing all include descriptions of the 737-Max on their websites. While it's not clear on their site how many planes of this model West Jet flys, Air Canada reveals they have 24 in their fleet while Sunwing only has four.