Canadian YouTuber Brittlestar Compared Himself To The Property Brothers & They Agreed

What an iconic Canadian trio! 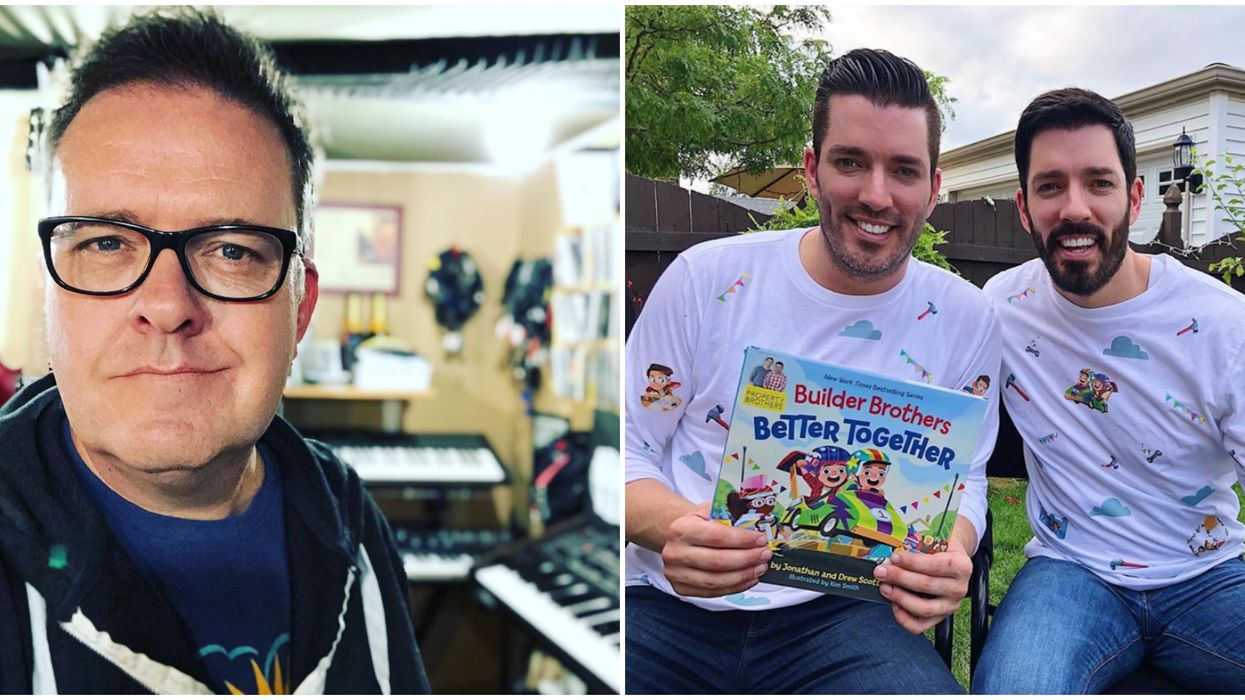 Many people love home renovation shows not only because they're so entertaining, but also because they often allow viewers to pick up helpful tips that they can put to use when something in their house breaks. The Property Brothers' Canadian friend Brittlestar found himself in a situation just like this recently.

If you're not familiar with Brittlestar, he's a Canadian dad with a totally hilarious social media presence. Earlier this year, he made a video that explained Canada Day to people all over the world and even gave out some super helpful federal election tips.

Yesterday, December 2, the YouTuber took to his Twitter page to show off a minor home renovation project that he had taken on. Brittlestar was so impressed with his work that he compared himself to the likes of Drew and Jonathan Scott.

"I'm basically on the same reno level as @MrSilverScott and @MrDrewScott now. I was cleaning our boys' bathroom sink and the soap dispenser fell apart and destroyed it. I replaced it with an IDENTICAL sink from Habitat for Humanity ReStore for $30. When do I get my own show?" he tweeted.

The Canadian home renovation kings saw the hilarious and clever tweet, and they didn't disagree with Brittlestar's comparison.

Apart from his awesome reality TV show, Jonathan Scott has also been making headlines lately because of his blossoming relationship with actress Zooey Deschanel.

The pair recently took a trip to Las Vegas, spent Thanksgiving together, and will soon be spending the Christmas holidays together.

Drew Scott has also been quite busy lately. He and his wife were recently spotted carolling at Toronto's beautiful Christmas market, and have been known to go on double dates with Deschanel and her beau.