The Canadian duo have been through a lot. 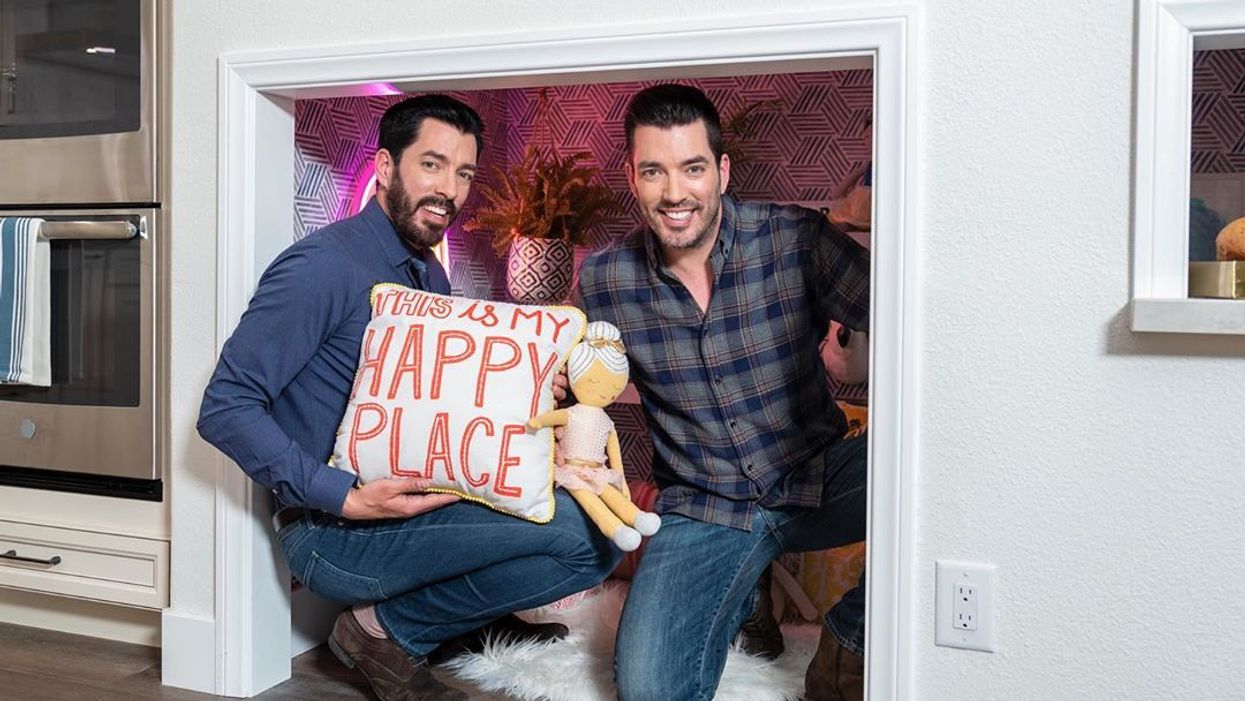 Canadian duo Jonathan and Drew Scott, also known as the Property Brothers, have been loved on HGTV since they got their start on the channel in 2011. There's really no denying their charm, expertise, and their way around a hammer. However, with any TV show comes drama. The Property Brothers scandals are far and few between, but some of them will shock you.

Property Brothers is a show that's based around two brothers who take fixer-uppers and make them into the client's dream home. The clients have budgets and timelines that Jonathan and Drew have to meet.

Jonathan is the contractor who takes the renovations into his own hands, and Drew is the real estate agent who deals with finding the homes and the right prices for the client.

The identical twin brothers are loved by a ton of people around the world. But just because they're Canadian, doesn't mean they don't have any drama.

Like with any reality TV show, you know that it's somewhat scripted. That's what makes the show interesting and makes fans want to keep watching. Property Brothers is no different and for years there have been rumours that the show is "fake."

If you search "Is Property Brothers fake?" on Google, a ton will come up. That's because to some extent, it is. In a 2017 interview with the New York Times, it was revealed that during a taping of the show, Jonathan Scott was told to yank a toilet out of the floor, and then the producer said, "Let’s do it one more time."

Jonathan then walked into the bathroom again, saw the toilet, and acted surprised. He continued to pull the toilet from the floor. This article was a huge reason why fans believed the show was "fake," and fans have been tweeting about this for years.

One user sarcastically wrote, "We live in my mother's basement but have a budget of $1 million so let's call the Property Brothers. #HGTV is fake news!"

Another user said that they learned the show was fake and has "...never been so sad in my life." They made a thread of why they think it's fake, adding on, "Drew isn't licensed for all the USA so he can't actually make sales there & Jonathan barely gets his hands dirty in renos."

Today I read that property brothers is completely fake and I'm never been so sad in my life
— Kendra Grace (@Kendra Grace)1477695263.0

The next scandal may have nothing to do with the duo, but it's still a scandal. Back in 2017, a couple from Aurora, Colorado thought their dream had come true of getting to meet the Scott brothers when they were scouted for the show.

A "representative" reached out to the couple via Facebook and even sent a contract that looked real. However, the contract asked for a large amount of money upfront, and according to Denver7, the demands became higher and their grammar became worse.

Even though this happened in 2017, the Property Brothers issued a warning about this still happening earlier this year. They asked fans to, "Always look for the blue checkmark and never give your personal/financial information."

Fans were also shocked when the duo released a book back in 2017 titled "It Takes Two: Our Story", which shared parts of their childhood, how they started a business when they were 7, and Jonathan opened up for the first time about his divorce and bankruptcy.

While he steers clear of her name in the book, Jonathan reveals they married in 2007 and quickly grew apart after the Canadian and his new wife moved to Las Vegas. Marriage counselling didn't help, and he said: "the pain ended up outlasting the marriage."

According to Country Living, Drew owed $100,000 at one point and Jonathan filed for bankruptcy.

Now, they're both happy and in love. Drew married longtime girlfriend Linda Phan back in 2018, and Jonathan recently revealed he's "in love" with actress Zooey Deschanel in a recent tweet.

While these scandals may not be huge, the Property Brothers have a huge fanbase. Collectively, they have 4.8 million Instagram followers. One thing is for sure: no matter how big the scandal is, these brothers are for life.