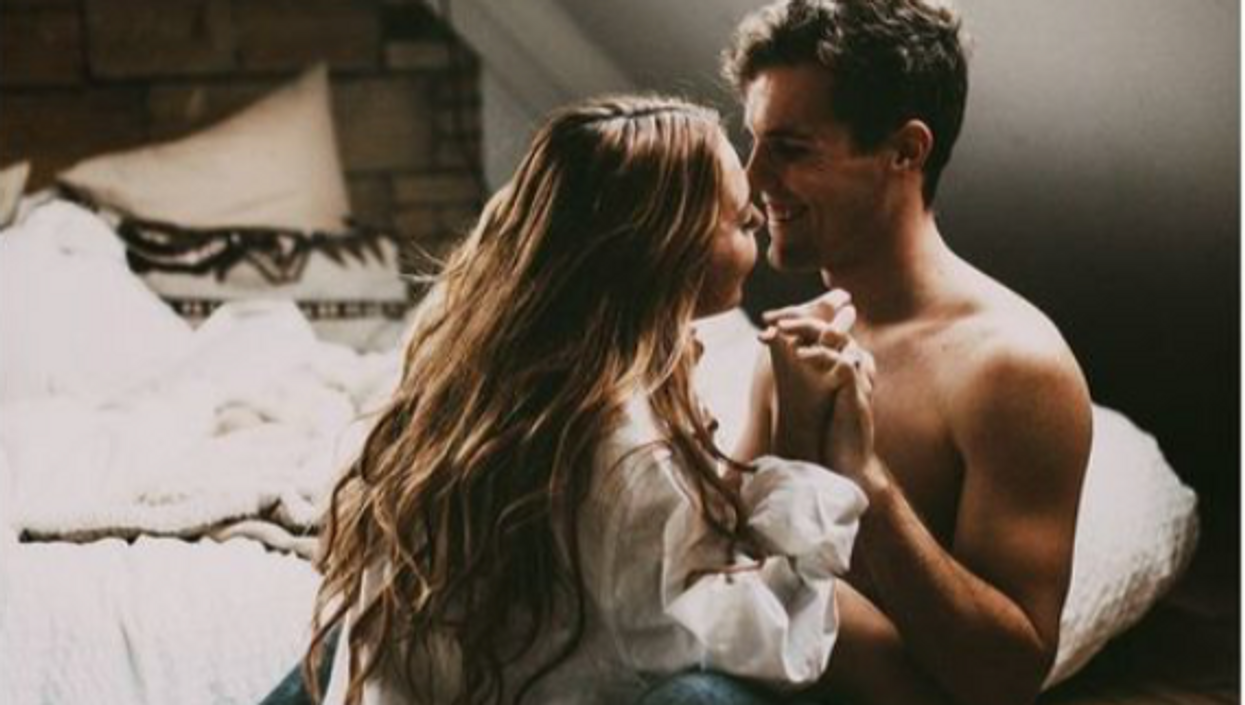 "When they know you're happy, and totally over them - that's when they come back. Just to fuck with you," my girlfriend said, sipping on the straw of her caesar. "Exes just know. I don't know how, but they do. It's like they have a 6th sense."

READ MORE: How To Tell If You're Dating, Seeing Each Other, Or Just Hooking Up

I nodded, knowing the feeling all too well. You're happy, successful. Things are going great with your job, your family, your personal life. And all of a sudden - boom. Your ex appears. In the DM's, your blue-Snapchat-text, or in a late-night 3am message.

My personal favourite came a month or so back, when I was at a concert my ex was also attending. The band is a mutual favourite of ours. I was jumping up and down, belting out lyrics at the top of my lungs when my favourite song came on. I looked down to my phone to see he texted me: "This one's for you."

Which posed the question why. Why on earth do ex-boyfriends and girlfriends attempt to crawl up on us when we're finally, totally over them? Here are a couple reasons why your ex might be making a comeback.

When you pull away from someone you used to be involved with, they feel like they're losing something they had. It's very much a possessive/power move. They wonder why they lost you and start to remember what they could have, if you were in their life. If a guy comes back to you, it doesn't necessarily mean he loves you or wants to be with you - he could simply be curious.

You giving him space is making him more attracted to you

Everyone is a little needy in relationships and can definitely still be needy when you're out of them. So if you cut your ex off faster that Yo Gatti, they might be feeling it. They're wondering what you're doing, who you're hanging out with. You're proving yourself to be really independent which is super attractive, and also can get your ex worrying about whether or not you need them. (The answer is no, btw.)

They're not getting attention from anyone else right now

And they know you at-least used to give a shit about them. So they're hoping somewhere, deep down, you still do. Who else knows about their mom's tequila problem or about that hole in the wall they hid from their landlord 6-months ago? Just you. And they want to get that gratification you used to give them.

You're a soft place to land

Maybe they still have feelings for you, or always will. If they're feeling emotional, or going through a tough time, they can remember moments where you helped them through it together and get nostalgic. You're just a warm memory for them that they want to feel again - even if it's over.

You're dating someone new

And it's actually killing them. Not that they still want to be with you, but it majorly sucks to see you with someone else. They're thinking about all the times you spent together and getting seriously in their feels.

The important thing to remember when dealing with exes, is why you broke up in the first place. Nostalgia can kill you and memories are often what we choose to remember. Try to focus on who you are, what you want, and where you want to go. Sometimes, you have to leave people behind. Even those that you thought would be beside you the whole way through.