Thomas Markle is furious with the Queen for snubbing him for Donald Trump. 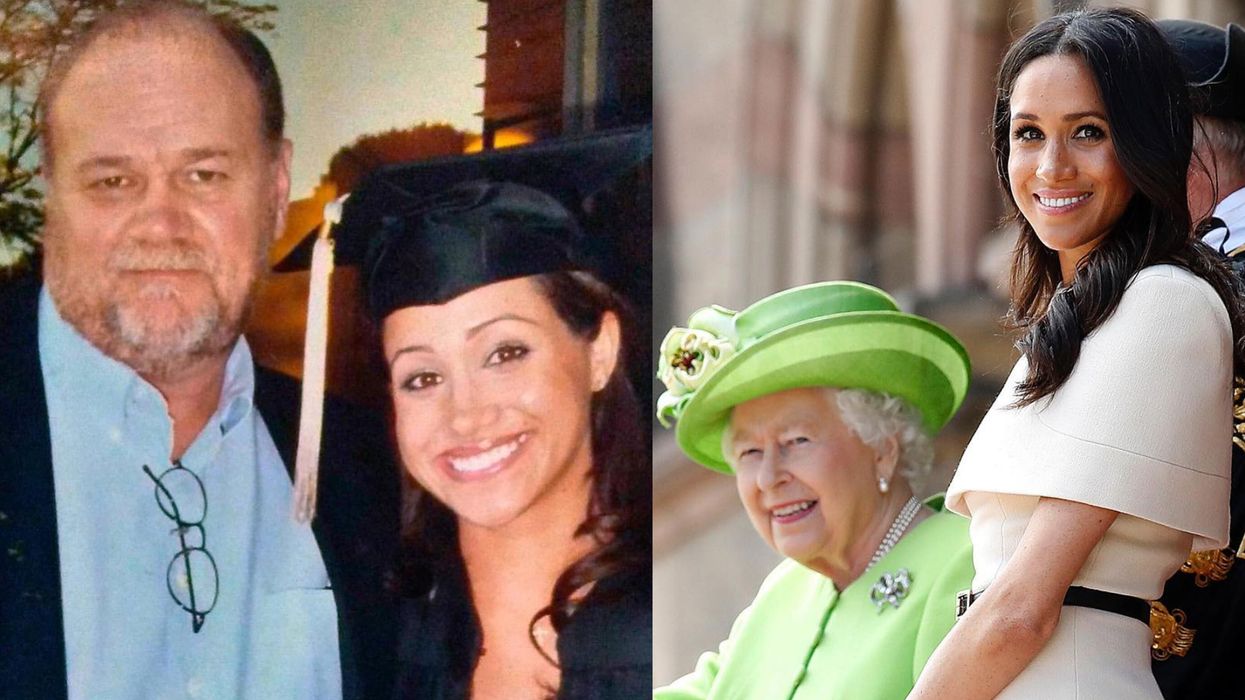 Last week, Thomas Markle gave his first tell-all interview on Good Morning Britain about his daughter Meghan's rise to royalty. He revealed every detail of Meghan and Harry's top-secret courtship, Harry's political views, the royal wedding, and whether or not the couple plans on having children.

Thomas Markle is back in the spotlight for revealing that the royal family is now giving him the cold shoulder. Thomas claims that they put him in the "penalty box" after his interview.

Thomas says he has most beef with Her Majesty the Queen. He's reportedly furious that the Queen is choosing to meet President Trump before him.

"If the Queen is willing to meet our arrogant and insensitive president she has no excuse not to meet me, I’m nowhere near as bad,” Thomas says. Reportedly, the Royals didn't contact Thomas after the interview was released. They haven't said a word to him at all. “There has been nothing from the palaces, which he is surprised about. He just hopes the interview hasn’t affected things,” sources say.

Thomas is also hurt that Meghan Markle reportedly didn't send him a Father's Day card because she was too caught up in her busy schedule of royal obligations. He still hasn't met his new son-in-law in person. “He wanted to discuss travelling to the UK, or the couple visiting him," The Sun reported.  After bailing on the wedding, Thomas sounds desperate to feel included in Meghan's new life. But, it seems like it may be a while before the Royals choose to return his calls.