Last night's Canadian-themed episode of 'The Simpsons' didn't have all viewers laughing. 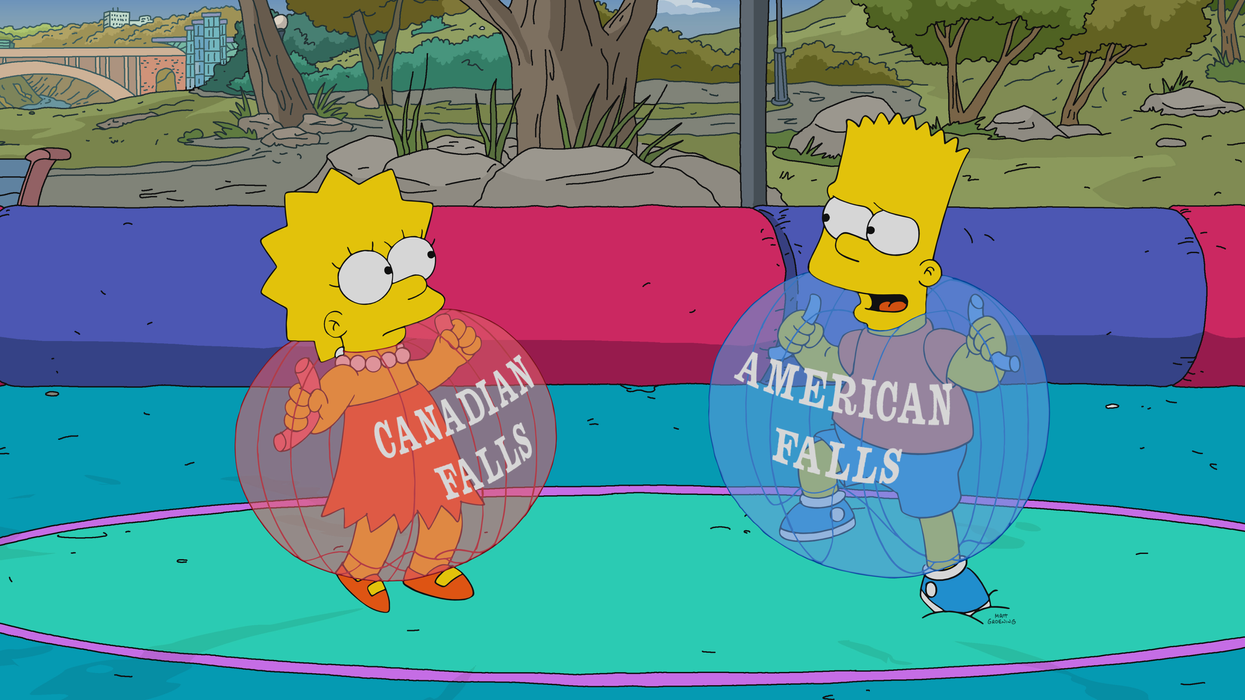 A widely-anticipated Canadian-themed episode of The Simpsons titled "D'Oh Canada" aired last night at 8:00 PM. But not all viewers of The Simpsons Canada episode believed that the show's tongue-in-cheek humour was something to laugh about.  The episode, a homage to all things Canada, is the show's 660th episode, as The Simpsons marches through its 30th season.

The premise of "D'Oh Canada" focused on Lisa after she is erroneously granted political asylum in Canada while the Simpson family takes a trip to Niagara Falls.  As Marge attempts to rescue Lisa, the family is compelled to confront the temptation to move to Canada.

The episode's Simpsons Wiki page explains, "On a family vacation to Niagara Falls, Lisa is mistakenly granted political asylum in Canada. When Marge goes to rescue Lisa, they are forced to re-evaluate their love for America as they navigate the polite Canadian landscape."

The episode is fueled with political satire, taking shots at Prime Minister Justin Trudeau with references to the SNC-Lavalin scandal.  The Ottawa Senators also became the butt of the joke when Lisa is was shown recovering in a Canadian hospital with an RCMP officer in uniform at her bedside.

He informs Lisa that during her stay in Canada, she would be "assigned her own hockey team."  Lisa crossed her fingers and prayed "please not Ottawa" as the Mountie adorns her with a Sens cap.  In the 2018-2019 season, the Senators finished last in the NHL with a 29-47-6 record.

The jabs likely didn't come as a surprise to Canadian fans.  After all, one of the show's Canadian consultants, Manitoba-born producer Tim Long, grew up in Exeter, Ontario.  However, a scene about Canada's most easterly province, Newfoundland and Labrador, has some critical viewers shaking their heads.

In one scene, Lisa Simpson says near a group of Canadians holding curling brooms, "I'm sure you treat all people equally." Someone replies, "Except the Québécois.  And the Newfies. Stupid Newfies."  From there, Ralph Wiggum exclaims, "I'm a Newfie!" as he clubs the head off of a stuffed baby seal.

Yeah, residents of Newfoundland and Labrador didn't really take the bait on that one.  Drew Brown, Editor of The NL Independent, an online provincial news platform, commented to CBC News that the scene was "the lowest possible hanging fruit."

"They probably went and Googled, 'Newfoundland joke,' right? Seal hunt is probably — it's probably the only thing people familiar with the island from international media would know."

Although Brown tolerated the joke, he acknowledged, "They had to make a tradeoff probably, between a joke that actually said something intelligent and cutting, and a joke that people would recognize as a joke, so I guess that's probably what they went with," he said.

Brown isn't the only one who expressed criticism:

@TheSimpsons Could have done without the "stupid newfie" remark followed by Ralph Wiggum claiming to be a newfie &… https://t.co/BZNG9PibDO
— Neimads Attic (@Neimads Attic)1556506776.0

@PeterCBC I think regardless of the term Newfie the "stupid" was offensive and mean spirted not even remotely funny… https://t.co/iOp8l4vSIX
— MacRuairidh (@MacRuairidh)1556536564.0

The term "Newfie" is considered to be a derogatory label in Newfoundland and Labrador.  Seal hunting is a sensitive subject for the province, as outsiders have long opposed the practice.