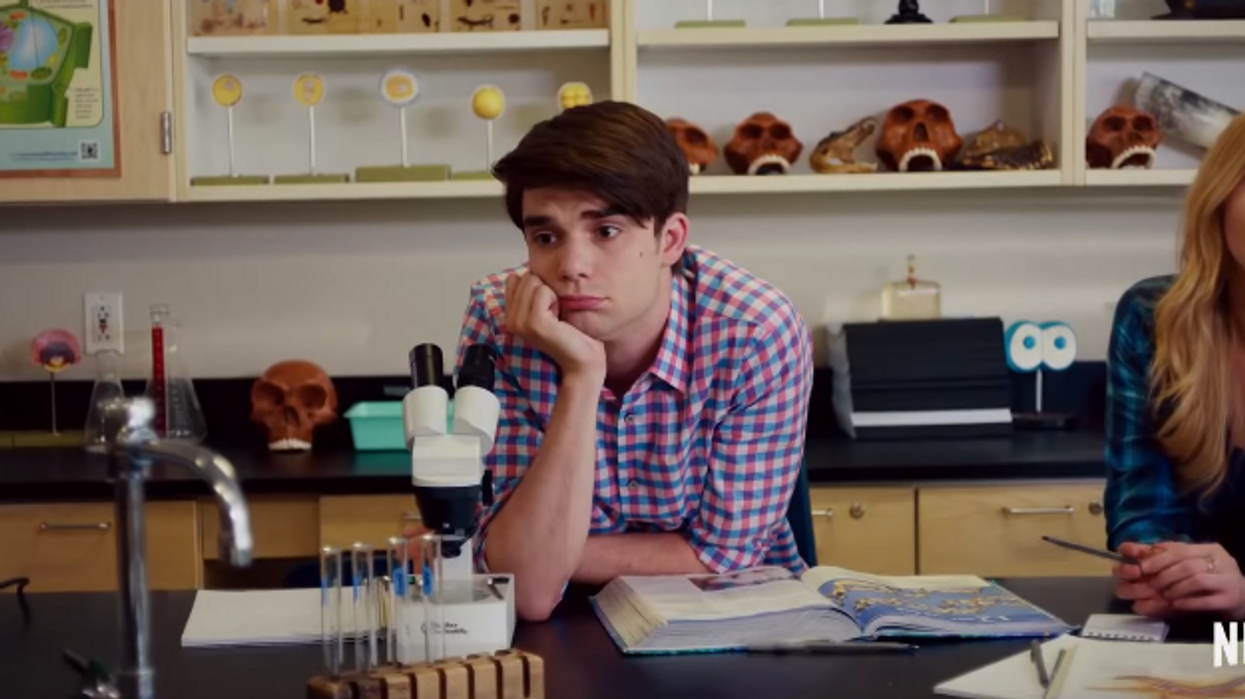 Netflix recently aired their new original movie "Alex Strangelove" and it's been trending ever since. The movie is seriously amazing and we're obsessed with the Canadian star that plays Alex Truelove, Daniel Doheny. If you have no idea what I'm talking about, let me tell you what's up.

Canadian actor Daniel Doheny plays the main character, Alex Truelove. The storyline follows his character as he tries to navigate his way through high school while figuring out his sexual identity. Alex has a girlfriend but he can't stop thinking about this cute guy that he meets. The queer coming-of-age film has already been dubbed as a must-watch movie for young teens.

Yes, the film is amazing, but we're more concerned about the actor that plays Alex, Daniel Doheny! He's seriously cute, Canadian and he's really talented. Oh, and did I mention that he looks a lot like Andrew Garfield?

The Canadian actor is from Vancouver, British Columbia and he's totally underrated. He only has 26.8k followers on Instagram! Don't people realize how handsome he is? Well, his fans have definitely noticed.

You're lying if you agree that Daniel Doheny is not a snack 💓 #AlexStrangelove pic.twitter.com/0s5kwhyewd

Garfield has always been known for his classically good looks and his unique personality. We'd like to say that Daniel is pretty similar. We even dare say that he may be the Canadian version of American actor, Andrew Garfield.

It didn't take long for fans to realize that Daniel Doheny was the new Andrew Garfield.

Some are even comparing his looks to Riverdale's KJ Apa and Panic! At The Disco's Brendon Urie.

Alex Strangelove is like the fusion of KJ Apa and Andrew Garfield. 🤔

am i seeing andrew garfield & my bb brendon urie in one person #AlexStrangelove https://t.co/MaNb9THUz2

We're obsessed with Daniel Doheny and that's the end of the story. He's amazing, talented, Canadian and we can't get enough of him!