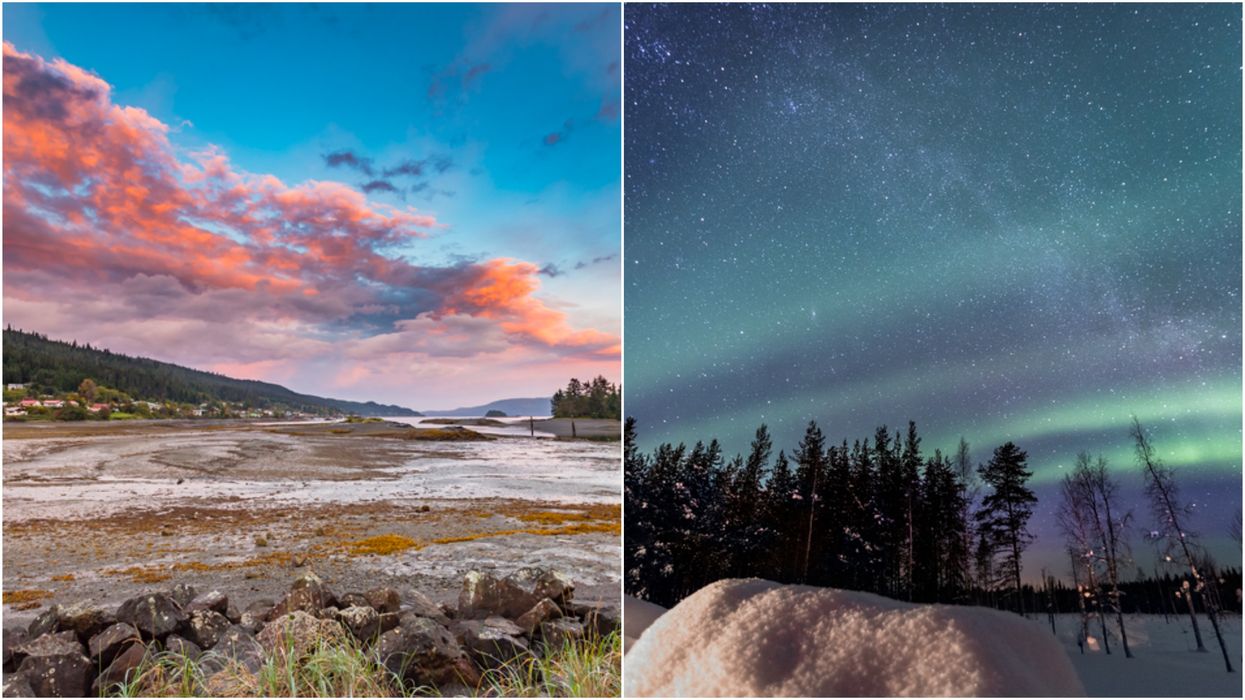 If you’ve got big plans for international travel this year, you may want to re-think your options. According to The New York Times’ “Top 52 Places To Travel To In 2020” list, two of the world’s most life-changing destinations are actually right here in Canada. Grab your notebook and find a pen, your new-year bucket list is about to get altered!

At the beginning of every year, the U.S.-based publication releases a brand-new list of their top 52 destinations for the 12 months ahead.

Canadian destinations have been included in the past, but this year there's something more unusual about the choices.

While you may have expected the country’s most popular tourist destinations to have made the cut, like Toronto or Vancouver, it was actually two much-smaller Canadian spots that were deemed to be totally travel-worthy in 2020.

The first Canadian place to have made the list is Haida Gwaii, an archipelago located off the coast of northern British Columbia.

The small group of Canadian islands came in at number 26, beating world-famous tourist hotspots like Paris and Copenhagen!

Churchill in Manitoba was then ranked at number 29, making it a more-desirable adventure for travellers than Mount Kenya or Brazil’s Atlantic Forest.

For those looking to adventure within Canada in 2020, here's a closer look at these two breathtaking destinations.

According to The New York Times, “You’ll see more bald eagles than people on hiking trails” in Haida Gwaii.

The archipelago is rich with nature and wildlife, and the Gwaii Haanas National Park Reserve and Haida Heritage Site has remote islands and rainforests located literally within them!

In particular, the paper gushes about transportation across the islands, which includes unique Zodiac tours, awe-inspiring whale watching and "splurge-worthy" floatplane trips.

Known as “the polar bear capital of the world,” perhaps it’s not so surprising that Churchill made the list.

As one of the best places in the world to spot polar bears, beluga whales and the northern lights, it's a wonderful spot for nature-lovers and wildlife-lovers alike.

In 2017, serious flooding in Manitoba damaged the only rail line to Churchill, which effectively separated the town from the rest of the world.

The railway reopened in 2018, which is reportedly why Churchill made the popular list this year.

The list of the world’s top 52 travel places is compiled over several months and considers the opinions of many travel writers.

Amy Virshup, a travel editor at the publication, told CTV News, “We just ask ourselves: ‘Ok, if we could go anywhere in the world, where would it be?’ and we kick off from there.”

These two incredible Canadian destinations were in great company, as other top places included Bolivia, Tokyo, The Bahamas, Egypt and so many more.

Check out their full list for 2020 and book yourself that once-in-a-lifetime trip you’ve always dreamed of!

TRENDING NOW: You Can Leap Into The Future At This Luminous Night Walk In Toronto (VIDEO)