The Toronto Maple Leafs Have Slowly Fallen Apart Since December 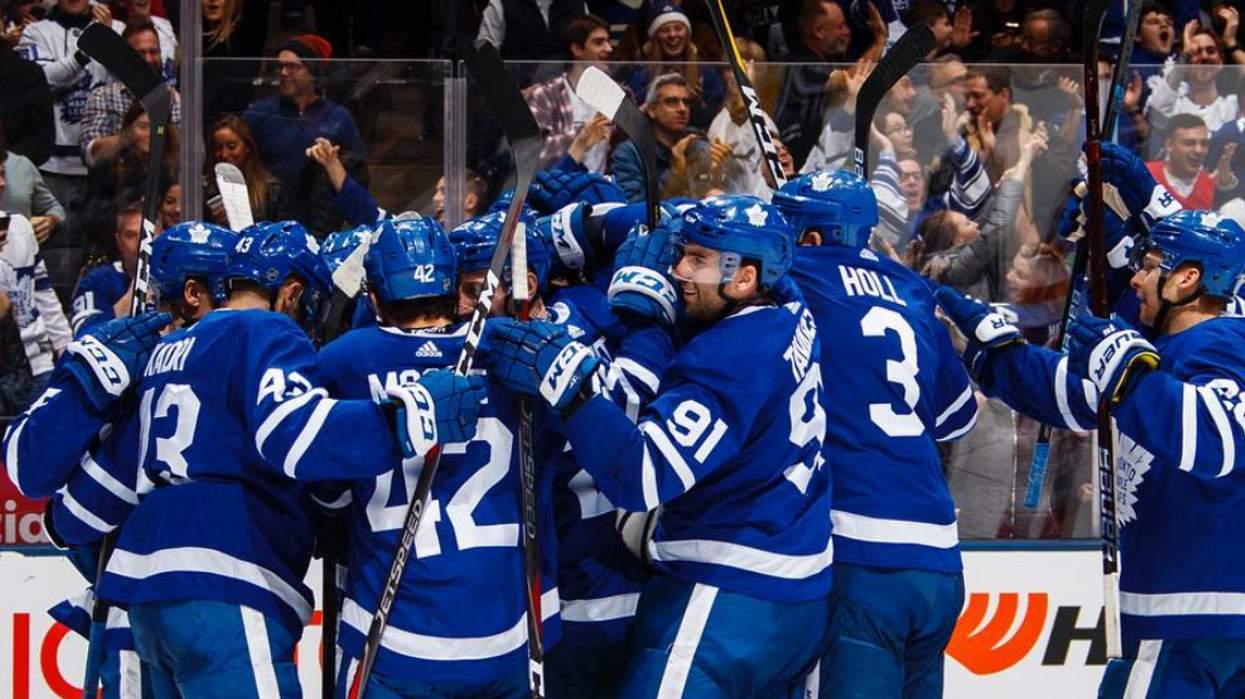 The Toronto Maple Leafs started the 2018-2019 season with a bang. In their first 28 games, the Leafs had 20 wins and only 8 losses. They were fast, they were dominant and they were scoring goals like it was nobody's business. The Leafs were a scary team to go up against. They have a roster of high-end talent, especially on the offensive end. In the first couple of months, teams were nervous to face off against such a dominant Maple Leafs team, afraid to make a mistake knowing the Leafs could capitalize on any chance given to them.

Towards the start of the season, the Leafs' powerplay was nothing short of sensational. In the month of October, The Leafs had the 2nd best powerplay, making good on 32.3% of them. By the end of November, they stayed in the top 10 ranking 7th with a 24.3% powerplay percentage. Once December hit, the Leafs started to struggle to find the same success. As they slowly started to fall apart, so did their powerplay, defensive play and everything else.

In the month of December, they had the 20th ranked powerplay. By January, they were down to the 25th and February a miserable 29th. From December 20th to February 10th, they were a disappointing 4 for 43.

Just as Leafs fans were beginning to think that the boys in blue would make a serious run for the cup this year, things slowly started to fall apart. Now, all fans seem to be wondering the same thing - can they even make it past the first round of the playoffs?

Let's look at the facts. Since December 4th, the Leafs hold a record of 26-20-7. They had 20 wins in their first 28 games and only managed 26 in the next 53.  The Maple Leafs couldn't execute on their powerplay anymore, their defence started getting picked apart, and if Sparks was in net, there was a good chance 4-5 goals are getting scored on him. It seems as though the Leafs have slowly started to lose their confidence. They aren't playing the same kind of hockey, only showing up for 20-30 minutes of a game. Nothing has been working for them and they haven't managed to play at the same level as they did when the season began.

So, what could've happened in December to cause such a significant change in their game? Is it a coincidence that forward William Nylander returned to the ice December 6th, right at the start of their downfall? If you ask me, it isn't.

Nylander sat out for the first two months of the season while he and the Leafs had a standoff trying to agree on new contract terms. When he made his return, he was two months behind the rest of the league - and it showed. Nylander was slow, sloppy and nowhere close to in sync with his teammates. Putting him into a line up with such a high rate of success, then changing their lines, plays and ice time around, ended up really hurting the Leafs. As the saying goes, "If it ain't broke, don't fix it."

In the 53 games Nylander has played this season, he's only managed to get 6 goals. For someone getting an average of just under $7 million a year, one would hope that he'd be able to perform better than that. At the end of the day, facts are facts. Since his return, the Leafs lost their groove and never seemed to get it back.

I know I'm not the only one who has this opinion:

You can pretty much time the team’s downward spiral to right after Nylander returned to the Club after holding out.

You’ve got to be kidding me. Nylander again??? He already took Sparks out earlier in the year. The team has been cursed since that guy came back. Should have left him sitting

William Nylander is exhibit A of why you don’t throw tons of money at a player after just a couple decent years.

As for Garret Sparks, there's no denying that he's had a terrible year. He never seemed comfortable in net as an NHL goalie and, more often than not, his performance has been mediocre. After a recent game, he was quick to call out the rest of his team, criticizing them for their lack of emotion. If you ask me, you better be playing some amazing hockey if you're going to call out your teammates like that.

As of today, Sparks is heading out on a 10-day training session with Maple Leafs goalie coaches to get his confidence and game back. The Leafs have officially announced that Marlies goaltender, Michael Hutchinson, will be replacing Sparks as the Leafs number two goalie going into the playoffs. Many fans are supportive of the decision:

Sparks is the single worst goalie I have ever seen play at the NHL level, he should have been gone ages ago, his complete lack of technique and positional sense is mind blowing that he made any saves.

Here you go .@GSparks40. Just looking out for you. I can even get you a discount. Hit me up. #LeafsForever #HockeyTwitter #sparks #Leafs pic.twitter.com/Q8Mx5KHDQB

You do realize Hutchinson was a back in WPG don't you? How Sparks kept the job from him all year baffles me. Guy fuckin stunk every night. Did you know watch Hutch play for the Leafs this year? The fact that this took so long is silly

Some players are just career AHL’er and Sparks looks like one of them. I agree with the comment above, he sure as hell never had it. You could put a bus through his legs with the five hole he’s had

Reports say that Sparks' stall has already been cleared out and replaced by Hutchinson's belongings. It's clear that they can't trust Sparks right now, so this was certainly the right move. As a Leaf, I'd feel much more comfortable knowing I have Hutchinson to lean on, rather than Sparks.

The Toronto Maple Leafs have one season game left this Saturday against rivals Montreal Canadians, to try and solve their issues and work things out before they take on Boston in the playoffs next week. As we know, Leafs fans are as loyal as they come and will keep rooting for them no matter what.

Disclaimer: The opinions expressed in this article are the author’s own and do not necessarily reflect the views of Narcity Media.