The Trailer For Kardashian Vs. West Family Fued Is Here And It's Everything We Want 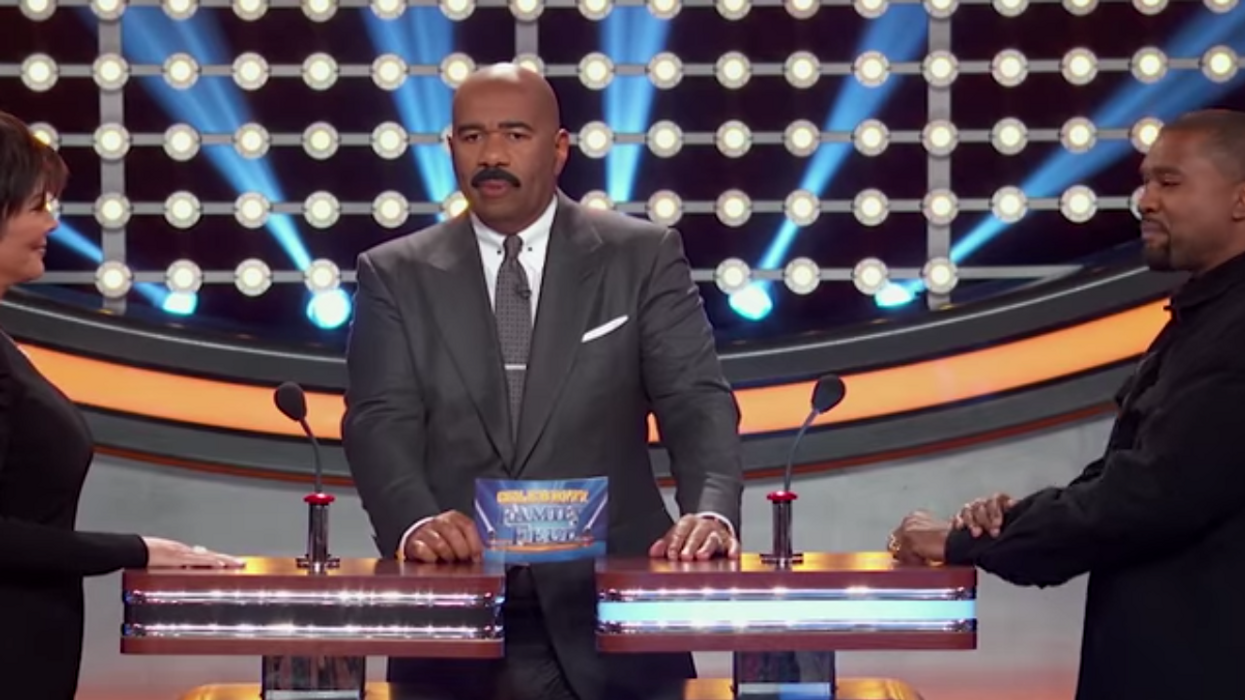 The craziness surrounding both the Kardashian’s and Kanye West will finally collide on television next month.

The popular gameshow Family Fued is putting out an hour-long special episode featuring Kanye West and his family up against the Kardashians.

And now we have video evidence of it.

Kanye West’s family is being led by him and his wife Kim Kardashian-West, maybe the rest of the Kardashians see her as a traitor for not being on their side.

The Kardashian’s on the other hand will have Kris Jenner, Khloé Kardashian, and Kendall Jenner among others.

The trailer doesn’t show a whole lot of questions being asked by host Steve Harvey but we do get at least one for now.

In a matchup between Kanye West and Kris Jenner over the buzzer Harvey asks the pair, “name a reason you think Steve Harvey is a good kisser.”

Kanye beats Jenner to the buzzer and blurts out “lips,” leaving Harvey to stare in stunned silence at Kanye.

The hour-long episode will air on June 10 at 8 p.m. Eastern so mark your calendars for the celebrity game show event of the year.

You can check out the full trailer below.