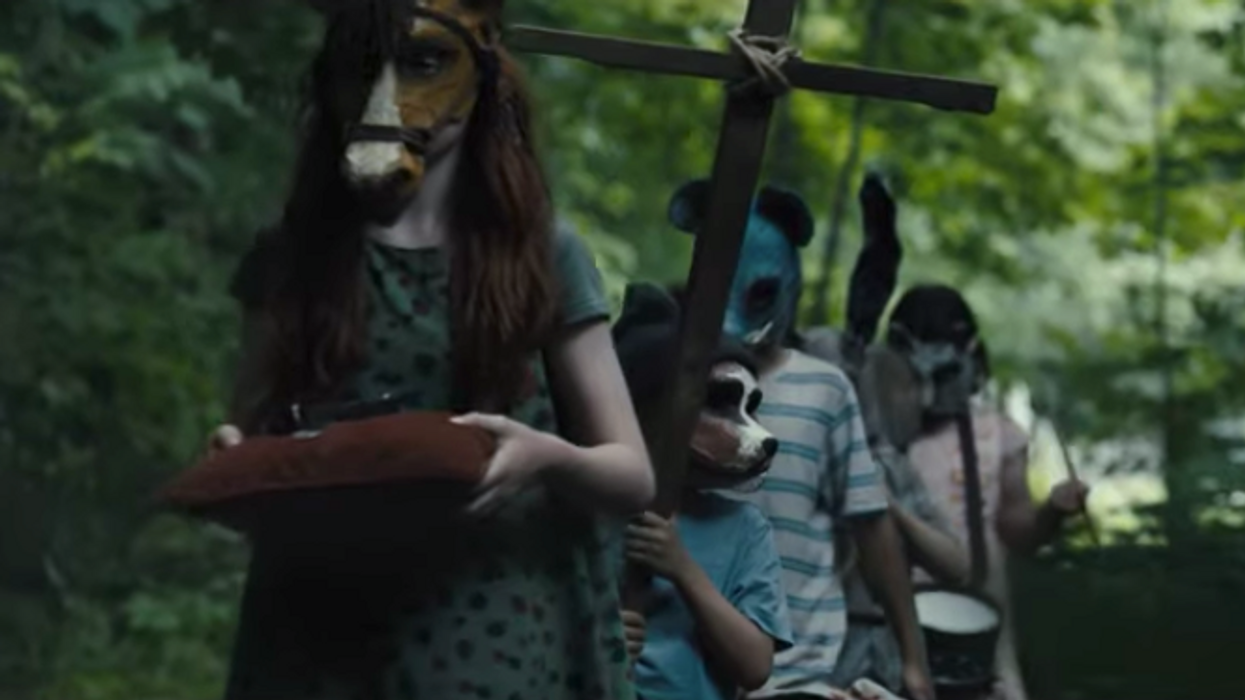 When it comes to scary movies, some of us can handle it. Others need to take Benadryl to sleep at night, even months after they've seen it. I am personally obsessed with scary movies and love the thrill of them. While some of you are still getting over the torturous movie that was IT, others are waiting for the second film. Well, get ready, because the trailer for Stephen King's Pet Sematary just dropped and it looks so much scarier than IT.

We all know that Stephen King's books that ultimately get made into movies are not something light. No matter what it is, from The Shining to IT, we know it's going to be f*cked up and scary. Pet Sematary is no exception. Now, this isn't the first Pet Sematary movie. In 1989 the first movie was released, then a sequel was released in 1992. This movie will be a remake, but one much scarier.

If you've never heard of Pet Sematary, Stephen King wrote the book in 1983. In the new movie, the main characters Louis Creed, his wife Rachel and their two kids move to Maine. Near his home, they end up finding a very interesting and obviously creepy burial ground of pets. Of course, because of this finding, creepy things (and really sad things) happen to the family, and the dad turns to the neighbour for help. If you're a pet lover, uhm, maybe steer clear of this movie. Remakes can sometimes make the movie even worse but by the looks of the trailer, Pet Sematary sounds unreal.

READ MORE: This Terrifying Movie Where A Teenage Girl Is Raised By A Robot "Mother" Is Coming To Netflix Canada Soon

This movie will not be coming to Netflix and instead will be hitting the theatres, which we have to admit is way more exciting for scary movies. To be honest, watching the trailer, I think the scariest part is the kids in animal masks. No thank you. Pet Sematary hits theatres on April 5th, and you can watch the scary trailer below.