This week, on Bachelor in Paradise...... 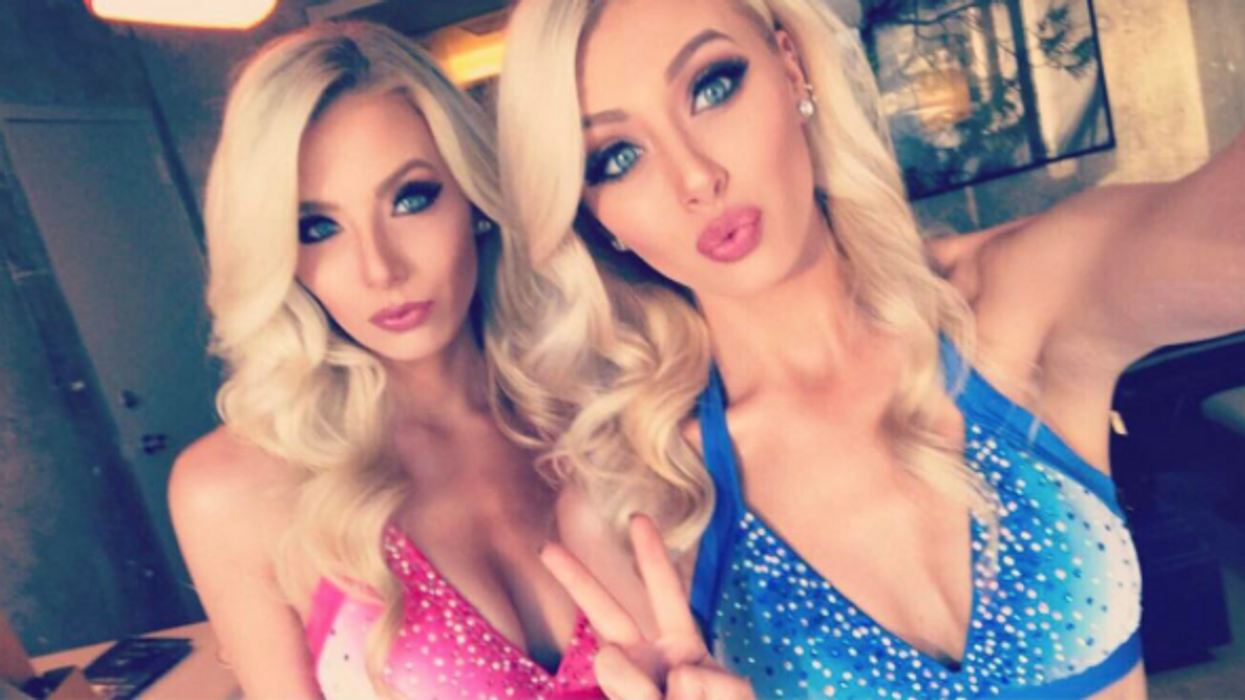 Hello and welcome back to another exciting episode of 'Wtf is this season of Bachelor in Paradise.' I'm your host Paige McPhee and let me tell you, last night was cringey with a capital C. Let's go through exactly what went wrong on last night's episode.

There's no getting around that this season of Bachelor in Paradise has been a rough one. DeMario & Corinne scandal. That rocky disruption of filming. Relationships crumbling. That is what we've been dealing with over the past couple weeks. We haven't even had the comic relief of Jorge to break-up the staler season. (Not that I don't love you, Wells. Love you lots, Wells.)

Let's be honest, if Taylor And Dereck weren't hitting it off so well would Bachelor in Paradise even have a leg to stand on right now?? "I don't even like this couple but at least they're a couple!!" - me and probably you at home. This week we found out that this couple is falling in looOOooove which is cool I guess and also kinda scary considering Taylor's only 23?? Still don't like the girl but glad that she's unproblematic this season so far. Anyways.

Jaimi stepped onto the island this week to shake things up with her septum piercing and bisexuality. Unfortunately, since Alexis - the true star of BIP - has since been eliminated, the amount of exciting available Bach ladies is very low. This felt like a huge gimmick by ABC so that contestants could talk about whether Jaimi would ask out a boy or a girl, but the female cast seems to be straighter than a dude at Boots & Hearts. Surprisingly (not surprisingly) she asks out a guy -  Diggy, more specifically. What's more surprising is that Diggy has somehow made it this far in the show. They made out and did date things -  I fast forwarded.

The REAL tv bomb came later in the episode when the twin terrors pulled up. Yes, Emily and Haley from Ben's season pulled up and caused some Paradise hell. They channeled some major 'Look What You Made Me Do' TSwift vibes pulling up in bad-ass apparel and an edited intro to match. As Paradise veterans, they give zero fucks about who's seeing who. They're hot, blonde and twins goddamn it. They're dating whoever they want. At least, in their minds.

Emily asks out Dean who basically immediately shuts this shit down. It also redeems him from all the shady shit he's pulled with Kristina & DLo. until he says it would be 'disrespectful' to DLo. & Kristina...........Kristina............who is already at home......because of you and your fuckboy antics.........SMH, Deanie baby. Get Kristina's name out of your mouth. Am I the only one hoping this Dean/D.Lo shit miserably fizzles? It seems like they only want to be together because they're both hot and it was kind of sexy to compete for Dean's attention. But now.........?

Emily is also super determined to trickle frackle with Dean and chats with DLo. DLo. ultimately says it's Dean's call (bc she knows he's a fuckboy at heart) but when Emily goes in for round 2, Dean sticks to his guns. Other twin Haley wanted to ask out Dereck, who we all know is in ~*luuuUuuuv*~ at this point, so she takes a shot at Jack Stone - even though he's super into Scallop Fingers. ( Side note: wish I could respect her but honestly ABC's done a great job at making me think Christen is just a disgusting human.)

Jack Stone initially says yes (because his current prospect is nicknamed scallop fingers for crying out loud) but later shuts down Haley when she's pulling some diva shit at the beach. Jack later realizes his insane mistake and cancels the date but at this point, the twins have HAD IT. They are professional influencers god damn it!!! Haley slams Jack, outraged and shrieks, “Are you kidding me? I asked you out to be nice. Do you really think I want to go out with a serial killer?”

Hate to break it to you honey, but "a serial killer didn't want to go out with YOU." Iconic. Cue Emmy's. Incredible. The twins are fking OUTRAGED and shriek,“Fuck everybody here!” They throw a full on temper tantrum and actually throw scallops on the beach. REALLY. They. Did. That. The Twins leave Paradise with a shockingly harsh bang, "Turns out [the guys we wanted are] dating shallow, ugly whores." Wtf???? How is this line allowed in 2017?? Production, let's rope these girls in.

At the end of the episode Chris Harrison swoops in to tell us this is their last night in Paradise and honestly, thank God. I'm ready for Corinne's spin-off literally tomorrow.

One lucky winner in Toronto now has $35 million to their name.

After much anticipation, someone in Toronto has finally claimed half of the Lotto Max $70 million draw, along with many other big wins around the province.

Two winners were just announced after eight long weeks of unsuccessful draws. One of the jackpot tickets was sold to someone in Toronto, who now has $35 million to their name, while the other was in British Columbia. But, that's not the only big news from this record-breaking lottery.