The UK wants to steal Drake from Canada and give him citizenship after he brought J Hus out at last night's concert. 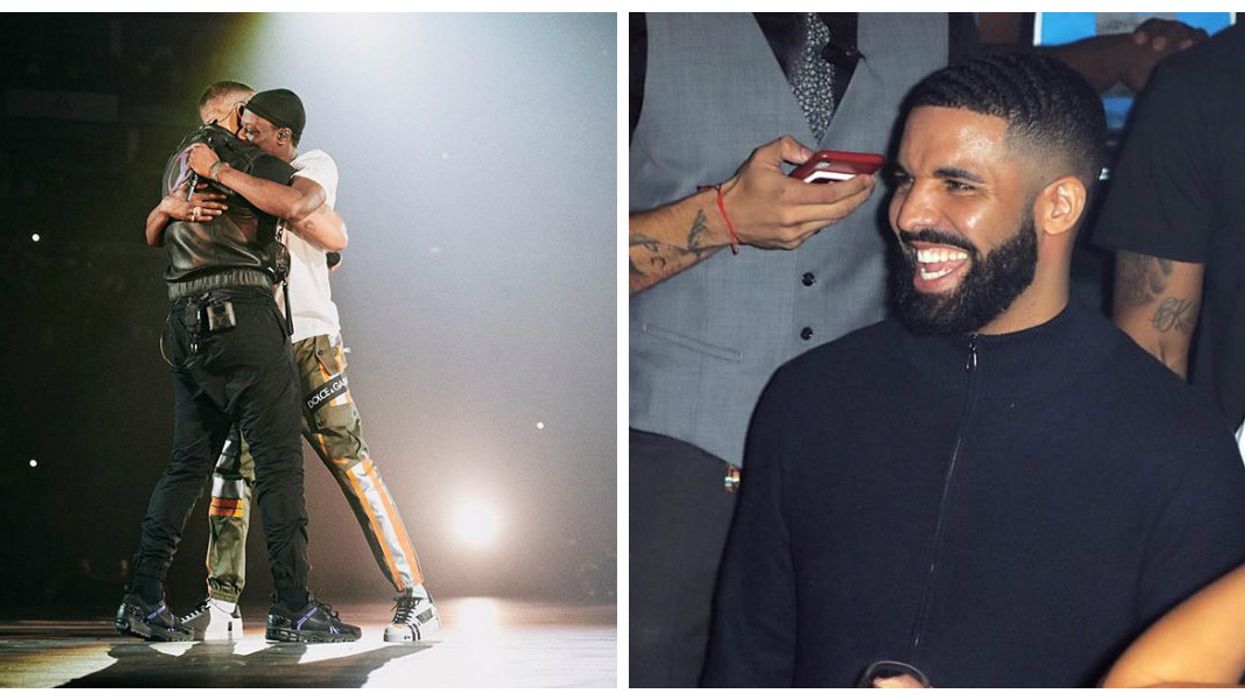 Drake has long been a fan of the UK and they've been a fan of him too. Currently, he's on his Assassination Vacation tour through Europe and now the UK wants to steal Drake from Canada and give him citizenship after what he did at a concert last night. It all started when he brought J Hus out on stage.

J Hus is a British musician and one of the UK's top rappers. He was nominated for three BRIT awards last year but his career was put on hold as the musician was arrested for carrying a knife. Police arrested the 22-year-old, whose real name is Momodou Jallow back in June. At first, he pleaded not guilty of carrying a weapon but changed his plea to guilty in October. In December he was sentenced to eight months in prison.

READ ALSO: I Went To The Opening Of Drake's New Bar In Toronto And Here's What I Thought

Surprisingly though, after serving less than half of his sentence, J Hus has been released from prison. His fans didn't know that yet, though and only found out when J Hus made a guest appearance at Drake's concert. Drake brought the rap star on stage to Welcome him home and even invited him to perform for the crowd who was beyond excited to see him.

In fact, fans are even more obsessed with Drake after he showed his love for J Hus and British culture as a whole, that they want to steal him from Canada and give him UK citizenship.

Give drake his citizenship now.. just saw jhus perform at his concert 🤯 my whole night is made 😭

I mean @Drake has such a beautiful heart. He’s a beautiful human being , instead of competing he’s out here letting those who deserve the limelight to share & have a moment on stage at his concerts. True icon, uk should just give you a citizenship man ♥️ @Jhus is back!🔥🙏🏽

Drake bought out JHus and still doesn’t have a red passport????? Just give the man citizenship pic.twitter.com/mvbdsGOn4l

@drake bringing out @Jhus last night? UK just give drake his citizenship already! Summer 2019 is due to bang 🥳

I think we should just give Drake his British citizenship already so he can join forces with Jhus to solve this Brexit problem. It’s only right.

UK fans are completely convinced that it's what Drake deserves at this point.

Drake really deserves the citizenship after bringing out Jhus..... Mad

Nonetheless, some people are not a fan of Drake supporting J Hus given the crime he was convicted for. He was put away for carrying a knife amid a major knife crimes epidemic in the UK. Now fans are urging J Hus to use his position to help make a change.