He was a “Sucker” for this contestant. 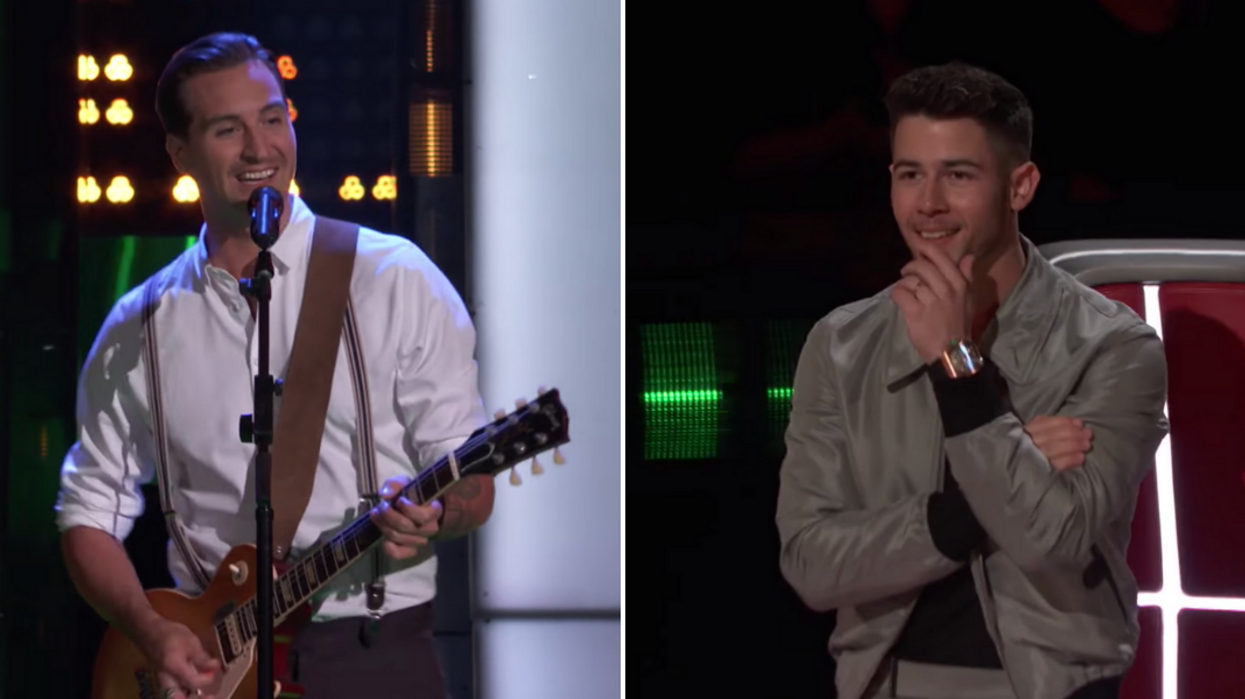 He was a “Sucker” for this contestant. The Voice auditions wrapped up this past Monday, but it wasn’t without a performance from Canadian contestant Anders Drerup. Not only did the Ottawa native impress Nick Jonas enough to turn his chair, but he also had him on his feet applauding.

The 36-year-old musician took the stage to perform a unique reggae version of “Can’t Help Falling in Love” by Elvis Presley.

Jonas was quick to hear the talent in the Canadian's smooth voice and responded not even halfway through the audition. Pressing his button and turning his chair, he claimed Drerup for his exclusive 10-member team.

Although fellow coaches Kelly Clarkson, John Legend, and Blake Shelton did not opt to turn their chairs, they gave the contestant generous applause and wide smiles.

The compliments didn’t end there for Drerup. The Jonas Brother member had the opportunity to express why he was so excited to have the Canadian on his side, “I can hear in the high register of your voice that we’re gonna have a lot of fun with the song selection and actually flipping things around.”

According to the Ottawa Citizen, Drerup is known in the city for working as Gram Parsons in the musical Grievous Angel: The Legend of Gram Parsons.

Drerup isn’t the only Canadian who’s decided to shoot their shot on competition shows this year. B.C’s Lauren Spencer-Smith and Canadian Tik-Tok Star Vivian Hicks both impressed American Idol judges enough to land themselves a golden ticket straight to Hollywood.

The Voice continues on to its next stage of the competition this coming Monday. You can watch Drerup’s full audition below.