The Weeknd Moves On From Selena Gomez With Justin Bieber's Ex

Coincidence? I think not. 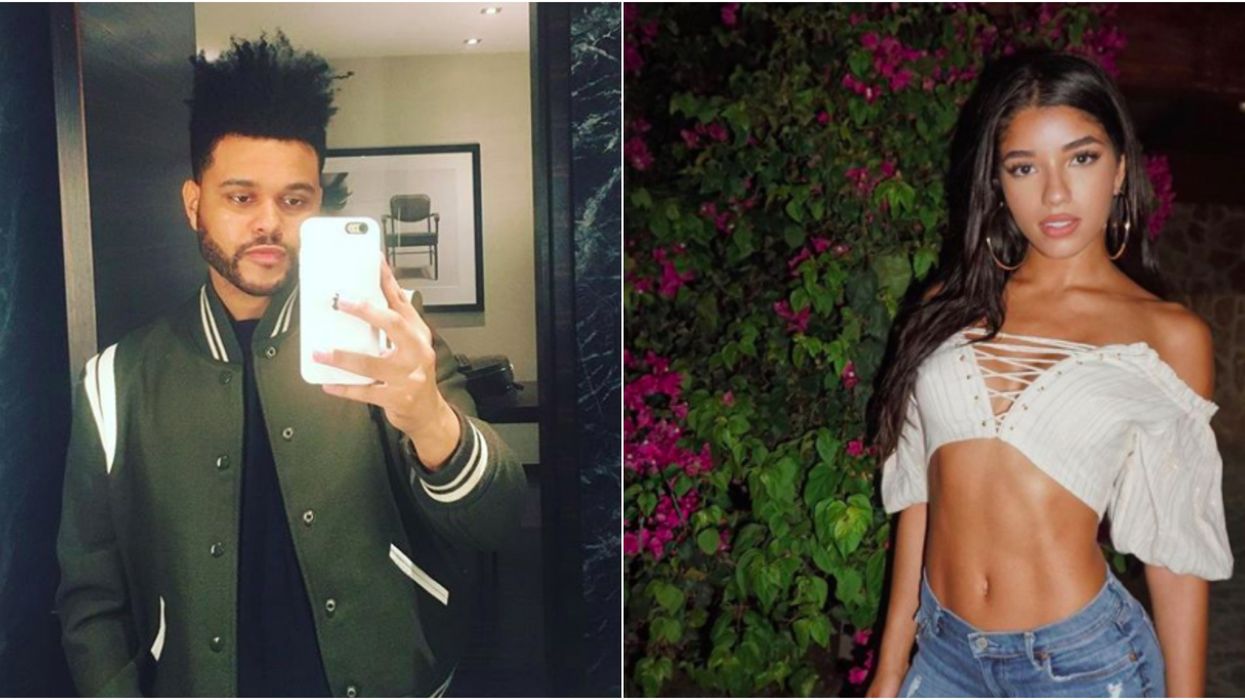 Yeah, The Weeknd and Selena Gomez may be over but that doesn't mean Abel's done being petty. Despite reports that The Weeknd and Gomez didn't outright split over Bieber, The Weeknd still picked his rebound girl pretty damn perfectly.

Selena and Abel split a couple weeks ago and was soon after seen with her ex-boyfriend, Justin Bieber. Selena and Justin have been spotted together frequently, biking, brunching and going to hockey games. Many reports claim that the two are in the works of sparking their old relationship back to life. Abel, on the other hand, has been embracing the single life - spotted most recently with a girl that we used to see with Justin...

Abel was spotted with Instagram model Yovanna Ventura on Friday November 10th, after holding her hand and toting her through French Montana's birthday party the night before. “He was parading her around. He was trying to make it obvious that he was with someone. They were pretty affectionate and were together the entire night," claims a source.

Coincidentally, Yovanna was also JB's rebound girl of choice when he seriously split from Selena Gomez. Bieber was not shy about posting pics with his model fling and was photographed with her publicly.

We can't imagine Justin or Selena would be phased at The Weeknd's fling with the model but hey, points for being petty, Abel.